I’ve spent five months talking to Texas women about their experiences in the workplace. Even with #MeToo top of mind for me, as it is for so many, I was stunned by how universal the harassment was: When a cardiologist physically harassed an ICU nurse, she shrugged it off and continued taking care of dying patients through her twelve-hour shift; an oil rig foreman assaulted a woman selling pumping units, and as a result she never met in a customer’s offices alone again; another woman was traumatized when a father figure at work kissed her against her will at age fifteen, and she kept the incident a secret for fifty years.As a nation, we’ve begun talking publicly about these experiences, and as the #MeToo movement has grown, we’ve started to realize that our approach toward gender in the workplace needs to change. But it’s impossible to expunge every supervisor who sends an employee graphic photos, every colleague who leers at his coworkers, every boss who gropes workers in a dark storeroom. So how do we reform the way we approach sexism in the workplace? In the wake of #MeToo, what comes next?My colleagues and I posed those questions to Texas women from a range of industries and backgrounds. We talked to women in positions of power—who run corporations, lead universities, and helm newspapers—as well as those in less visible roles: our state’s nurses, technicians, and oil workers.These Texans spoke eloquently about what must follow the #MeToo conversations. Some of the women we talked to suggested legal and institutional corrections. Others spoke about how women can support those without a voice. But nearly all of them, in some way, echoed what author Sandra Cisneros told me: “The most important thing about the whole #MeToo movement is to have people listen—we don’t do very much listening in this age. This is the time that we need to listen to those who have not had the microphone.” We’re listening. Here’s what we’ve heard. —Charley Locke Read More

"In a mentor, you need somebody who understands the challenges of having this position and moving up through the ranks. For a long time in newsrooms, you didn’t have that. You didn’t have women in those positions."

"I think women want to be seen on the same world stage as any male artist, any white artist—any artist at all. There’s no push to take identity away in art as a means to address bias, but every artist wants their work to be taken out of a demographic."

Sherron Molina: Turn to Your Union—and Support Female Leaders Within It

"Unions still have male-dominated leadership, so the women’s committees give women an actual chance to get strength or power in leadership. If we don’t have a voice, then leadership makes decisions about us without us."

"As a female editor or journalist, you have to pick your moment about whether you want to complain and have everybody roll their eyes at you, or you want to deal with it and power through it."

Wendy Davis: Get Involved—Even If It’s In a Small, Persistent Way

"I disagree with those who say the #MeToo movement could go too far. That sentiment exhibits itself anytime there is an effective and active push for change, that somehow you're going to cause the unintended impact of actually hurting the cause."

"Sometimes a festival rep will say they don’t want acts that are too similar. Could you imagine telling a man, 'Sorry, we can only have one indie rock band, you're all wearing Levi's and that's pretty overdone so we can't have that'?"

Jan Realini: Help Young Women Practice Standing Up for Themselves

"The procedures to protect women have to be institutionalized and standardized. If your model for authority and leadership is that whatever the pastor in charge says goes, then you don’t have accountability."

"Educated women, professional women—we need you up there, changing the world for the benefit of all of us down here. You can love your family and be there for them all you want, but hire a domestic worker. Don’t give up your career."

"When you have companies where women are CEOs, where they really have a hold at the top, it does make a difference. It has changed the culture. Now, you don’t assume that your boss will be playing golf, like the senior vice president that you had 25 or 30 years ago. The traditional vice president that we have now is a woman that has teenage children, and has a very different life." 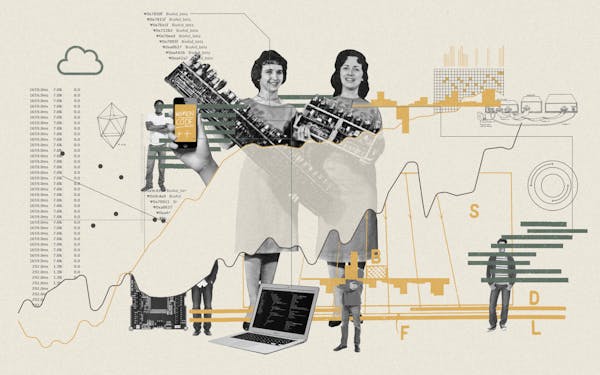 "From time to time, you see unfortunate situations where the policy says report to the director of HR, and they have no credibility within the organization, or they are the actual harasser. You need a policy with multiple ways to come forward."

"It’s so important to have a place where people can feel free to bring their issues to someone to investigate, and in a smaller setting, victims really worry about losing their jobs. They worry that nobody will believe them, so they’ll lose their jobs for complaining. They worry that if

"We need more women to tackle the energy transition and tackle the biggest challenges we face: climate change, energy poverty, and good infrastructure."

"After I argued Roe vs. Wade the first time on December 13, 1971, I didn’t know if I was going to win or lose. I thought I’d better run for office to be in a position to prevent the passage of bills that would make abortion illegal or very difficult."

"I think a lot of nurses—ICU, emergency room, operating room nurses in particular—have to emotionally shut down to do their jobs. It’s like we learn to develop an aperture in our lens, of what you can let in and what you can’t. If you let yourself feel everything that happens

"Film and TV shows and theater tell our stories and shape our culture, and as fifty percent of the population, women need to produce more art that portrays women’s stories."

"Any woman in a higher-profile position—women in administrative and supervisory roles, or faculty role models—has a responsibility to pay close attention to these issues, and to take time to listen when students, faculty or staff seek to talk about them."

“I think of traumatic experiences as like a little grain of sand and you’re the oyster: you tell that story, and each time, you put a layer of nacre on it. Otherwise, that little grain of sand is going to kill you. Finally, one day, you’ve told the story so many times that you understand it, and it can dislodge. It’s a pearl, something of beauty, and you can give it away.”

"The issue isn’t going away, because for once, women feel like they can speak up and that they are finally being heard. And I think as a body, the Texas Legislature needs to demonstrate that we’ve heard these women, and that we’re going to clean our own house."

"As a woman, you can’t put yourself in a bad position. One day, a foreman asked me to ride down with him to where they were drilling a deep gas well, about 45 miles away. I didn’t any more want to go than a man in the moon, and I

"I think there is a true opportunity right now for women—even more significant than when I was in state government.  We’ve got so many running for public office now. Once they win and their numbers grow, we’re bound to move beyond 'me too' to something better."

"Women who are interested in politics need mentors so they can realize their potential if they choose to run for office. There’s a value to relatability, or being able to not only see women already in leadership roles but have access to them."

"When you have credibility and a mic from which to speak, that comes with a responsibility. Having a woman onstage allows a girl in the audience to say, oh, I can do that. A platform is an opportunity, and so is an audience."

"In the military, there’s a sense of camaraderie that can sometimes make people bystanders. Once people see that this kind of treatment is damaging to the group, that’s when they’ll speak up. We have to change it so that people are more embarrassed to stand by and let it happen