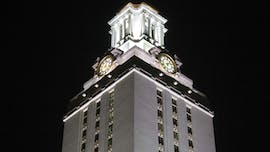 A reminder that Charles Whitman’s shooting spree resonated far outside of Texas. 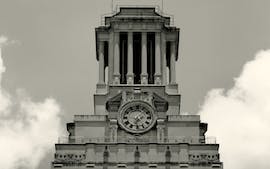 At 11:48 a.m. on August 1, 1966, Charles Whitman began firing his rifle from the top of the University of Texas Tower at anyone and everyone in his sights. At 1:24 p.m., he was gunned down himself. The lives of the people who witnessed the sniper’s spree firsthand would never… 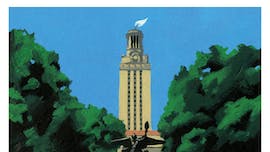 Fifty years after the Tower shooting, the University of Texas is finally honoring the victims. What took so long?… 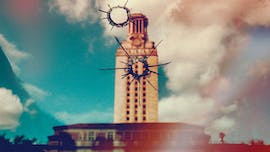 On a sweltering Monday in August 1966, Charles Whitman climbed to the top of the University of Texas Tower and began shooting pedestrians below, killing eleven people and forever altering the lives of many others. In this excerpt from her new novel, Elizabeth Crook reimagines the day that changed everything.

Nine years after the brutal murder of four teenage girls in a yogurt shop rocked the city of Austin, the police say they have finally caught the killers. But they have no evidence and no witnesses—only two confessions that the defendants say were coerced. Which is why, when the case…

Thirty years later, the legacy of Charles Whitman’s shooting spree at the University of Texas still towers above us.