What are the potential conflicts of interest in the Texas Enterprise Fund involving a close friend of Rick Perry's? 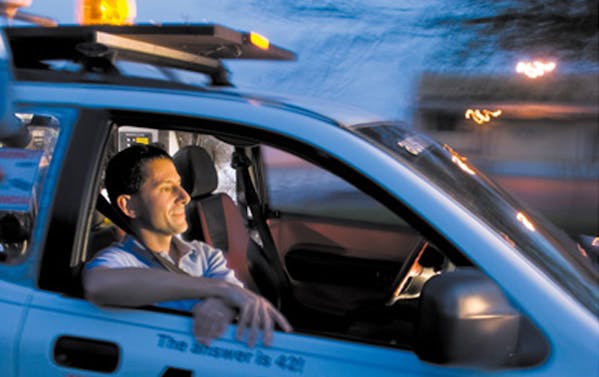 Win the Weekend: Cars Will Soon Be Driving Us and Other News to Know

A UT study on the traffic intersections of the future, the Perry gravy train is back on the track, and the Spurs lose a game on purpose.

Is the Trans-Texas Corridor the next Perry flip-flop?

He had already reversed himself on his statement that it was fine with him if New York chose to allow gay marriage; it was a matter of states’ rights. Now he is reversing himself on his HPV edict of 2007. A couple of things to remember about that episode: One…

Behind the Green door

A reader and frequent commenter who calls himself “Cow Droppings” posted these remarks on Burkablog a couple of days ago concerning the Green Party issue, a subject about which I have not yet written. Let’s stipulate as fact for a second that [Mike] Toomey orchestrated Green recruitment. Question: what crime…

The group is called CREW -- for "Citizens for Responsibility and Ethics in Washington" -- and Perry was one of eleven governors to make the worst list. His compatriots, in alphabetical order, were: Haley Barbour (R-MS) Donald Carcieri (R-RI) Jim Gibbons (R-NV) Bobby Jindal (R-LA) David Paterson (D-NY) Sonny Perdue (R-GA) Rick Perry (R-TX) Bill Richardson (D-NM) Mike Rounds (R-SD) Mark Sanford (R-SC) Arnold Schwarzenegger (R-CA). Sanford, Paterson, and Richardson would be on anybody's list. CREW's release includes brief profiles of each governor and his transgressions and a link to the full report. Here is the full report on Perry: Rick Perry (R-TX) assumed the office of governor of Texas in 2000 when George W. Bush became president. He was elected to a full four-year term in 2002, reelected in 2006 and is running again in 2010. Gov. Perry: • Allegedly disregarded campaign finance laws and aided a business that was especially generous to his campaign • Refused to operate transparently, and has blocked access to information related to a death penalty case • Rejected federal stimulus funds in a manner that appeared to put partisan politics ahead of the interests of the citizens of Texas • Has perpetuated the revolving door between government and special interests • Accepted travel and campaign donations from a business that received benefits from his official actions • Used campaign funds for a personal trip with questionable relevance to his campaign for office CHARGE ONE: CAMPAIGN FINANCE PROBLEMS A lawsuit filed by Christopher Bell, Gov. Perry’s opponent in the 2006 campaign for governor, alleged that errors in campaign finance reports obscured the source of $1 million in contributions. Attorneys for Mr. Bell further alleged that the $1 million in question, purportedly from the Republican Governors Association (RGA), was actually a conduit contribution from Texas homebuilder Bob Perry (no relation to the governor), who had cut a check to the RGA for the same amount just days earlier. According to Mr. Bell’s lawyers, the RGA deliberately misclassified the donation on campaign finance reports and “effectively kept anybody from knowing what was going on about these contributions.” Bob and Doylene Perry, owners of Perry Homes of Houston, have donated $840,000 directly to Gov. Perry’s campaign committee—not including the alleged $1 million contribution made through the RGA—and the Perrys’ industry seems to have benefited from the governor’s official actions. In 2003, Gov. Perry helped push through legislation creating the Texas Residential Construction Commission, a state body that is supposed to handle complaints against homebuilders. Within a month of receiving a $100,000 donation from Bob Perry, Gov. Perry appointed Perry Homes executive John R. Krugh—who reportedly helped write the law creating [the TRCC]. [Footnotes indicating sources have been omitted throughout]

The power brokers at this year’s legislative session aren’t elected officials. They’re lobbyists—and we know which ones have the most clout.