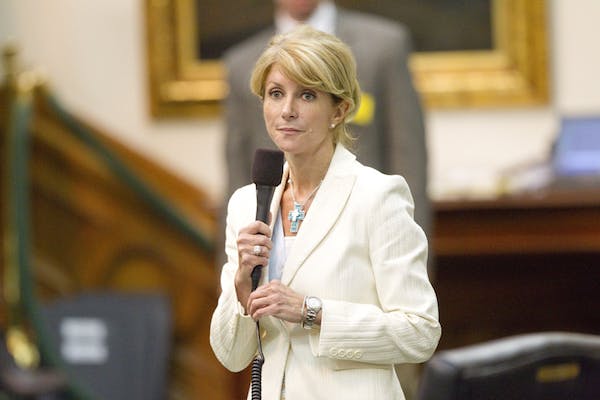 Instead of drawing you a map, how about a few shortcuts? Here are the key takeaways of what Thursday’s interim redistricting maps mean for our elected officials.

During the debate, Riddle invited Martinez-Fischer to work with her on her bill. But her press release takes an entirely different tone. Martinez-Fischer was totally polite in his debate dialogue with Riddle, saying he respected her as he respects all of his colleagues. Apparently there was some preliminary wordplay before…

Riddle vs. Martinez-Fischer: the immigration debate

The following is my best effort at an accurate transcription of the debate that took place last night on Radio Station KRLD in Dallas. Scott Braddock moderated the debate. Braddock: (to Riddle) What do you want to see happen? Riddle: This is all about border security. The bill that I am working on is only about a page and a half, it is not identical, I would not even say it is similar to the Arizona bill. I think the folks in Arizona certainly have the right to protect their people any way that seems necessary. They certainly have a problem with violence, just as we do on our border here in Texas. Braddock: You say it’s not similar. What would your bill do? Riddle: It’s still very much a work in progress. Basically what it does is, in the event someone is stopped that law enforcement has reasonable suspicion or probable cause that a crime has been committed, and they have reason to believe that that person has entered the country illegally, then they can ask for status. It has to be very reasonable cause. I have used the example of an eighteen wheeler barreling down Interstate 45 at 90 miles an hour. Of course a police officer is going to stop that individual. If the individual driving doesn’t speak English, doesn’t have insurance, has no ID, doesn’t have a driver’s license, and hears noise in the back of that vehicle, and there’s 40 folks crammed back there, that’s probable cause, even that somebody is involved in human trafficking. Braddock: It seems like some kind of obvious violation. Representative Martinez-Fischer, tell me where you’re at on that. Martinez-Fischer: The beauty of what Debbie is speaking about is nobody has seen her legislation. I can’t give you a point-by-point criticism. All I’ve heard is that Debbie supports the Arizona legislation and she intends to file similar legislation in Texas. By virtue of the fact that Debbie is changing her idea is probably proof positive that it wouldn’t work well in Texas. Riddle: He could have read that legislation, I introduced it last session. People all over the state have seen what House Bill 49 looks like and have read it. I think that law enforcement already has this ability. That’s how they make crimes. That’s how they make arrests, is that there is a reasonable suspicion that somebody is out to do something illegal.