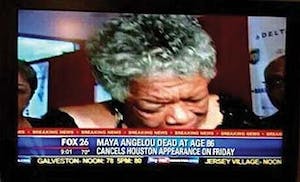 What constitutes a shift? Republicans have been successful in getting Latinos to switch parties. Lozano is in the position of a tennis player trying to consolidate a break of serve. Until you win the next game (the general election), you haven’t gained anything. I happen to think Lozano will win, but he hasn’t won yet. Pena couldn’t run again. Garza has to defend his seat. Villalbla is different. He beat an Anglo Republican. That’s a real service break, a huge signal to Republican and Democratic Hispanics alike.

More to the point, I don’t think recruiting party switchers is a long-term solution to building the Republican party. The way to win elections is to respond to the constituency you are trying to attract. What do Hispanics want? I think they want the same thing Anglo families want. They want a good future for their children. They want good schools so that their children can enter the work force. They want to see the schools funded adequately, not cut by $5.4 billion. They want access to health care. They want to be able to vote for the candidate of their choice without having to wrestle with proving their identity. It did not escape the notice of Hispanic Democrats that the education cuts occurred in the first year in which Hispanic students were a majority in public schools. The way to attract Hispanics is to promote policies they agree with, which is what the Democrats when they were in power. Pro-life voters want mandatory sonograms. Hispanic voters want good schools.

I have no doubt that Republicans will be able to cultivate Hispanic voters in the years ahead. But success lies in the rising tide that lifts all boats, not in Voter I.D. and sanctuary cities laws. Republicans have sabotaged their opportunities with Hispanics for far too long, and the head saboteur has been Greg Abbott.

And as for Abbott’s tweet re 100 years: I’ll take the under.