The news that Harris County voters turned down a proposal on Tuesday to remake the Astrodome into an exhibit and special events center makes me quite sad. In its heyday, the mid-sixties, the Astrodome was the symbol of Houston’s ascension to major-league status, not just as a venue for baseball, but as Space City, the headquarters for NASA and the space program. In Houston they called it the “Eighth Wonder of the World.”

I remember as if it were yesterday: driving to Houston on a spring Saturday after my UT law school classes were over, racing to the Astrodome to see the last innings of an exhibition game against the New York Yankees. I found a parking place and walked up the ramp to the stadium. I opened a door and there it was, a baseball game being played indoors. The scoreboard announced the tally as 1 to 1 in the ninth inning. Moments later, Nellie Fox, a fine player who had spent most of his career with the White Sox, hit a blooper over the shortstop’s head to drive in the winning run in a 2 to 1 Astros’ victory as a mighty roar filled the arena.

In his book of essays on Texas, “In a Narrow Grave,” Larry McMurtry devoted a full chapter to the Dome and its excesses, in particular the wraparound scoreboard that featured a lighted figure of a cowboy riding a bull and firing off his six-shooter with the appropriate sound effects. The first official games in the Astrodome were problematic, as outfielders had a hard time picking out the baseball in the maze of girders in the roof. Pop flies fell harmlessly to the turf, leading to, on at least one occasion, an inside-the-park home run.

Knowing that their expansion team would not be competitive for many years, the Astros built their park to have spacious dimensions, the better to cut down on the opposing team’s offensive capabilities. Many a deep fly ball died on the warning track in the Dome’s cavernous outfield. Astros’ teams were always built around pitching and defense. If the Astros had a rival in those nascent years of the franchise, it was the New York Mets, their sister expansion team that, like the Astros, dated from 1962. But the Mets matured more quickly than the Astros and reached postseason play ahead of the home team. The Mets once accused the Astros of reversing the air-conditioning in the Dome to have the air blowing out to center field to provide a boost to home team batters. It was the Astros’ fate to be a star-crossed franchise. They appeared to be headed toward a pennant in 1980 when their best player, a fireballing pitcher named James Rodney Richard, suffered a stroke. A few years later, star shortstop Dickie Thon suffered damage to his vision when a line drive hit him near the eye. Neither Richard nor Thon ever played up to his potential again.

The Astros did have some great teams. They battled the Phillies for a playoff berth in 1980, and the Mets in 1986, but they fell short on both occasions. They knocked the Dodgers out of the post-season one year when knuckle baller Joe Niekro pitched and won a one-game playoff on the road in LA. But such triumphs were few and far between. All too often the Astros found themselves matched against the Braves in the playoffs, and with Atlanta’s great pitching staff, and they just couldn’t beat them. The last game played in the Astrodome was contested between the Astros and their old tormentors, the Braves. Atlanta jumped out to a huge lead, but the Astros rallied in the ninth inning. They had runners on base and the batter launched a drive to deep left field, where it died in the glove of a Braves’ outfielder on the warning track — a metaphor for all the years of Astros’ futility. As I pointed out to my three children who had accompanied me to the game, it was an appropriate ending for the decades of near-misses at greatness. I did get to see one game in the only World Series in which the Astros have ever played. By this time they were in a new home, Minute Maid Park. They were swept by the White Sox in four games. Metaphors were everywhere. It’s hard to imagine that somebody couldn’t come up with a use for the Astrodome, but, alack and alas, the voters have spoken. 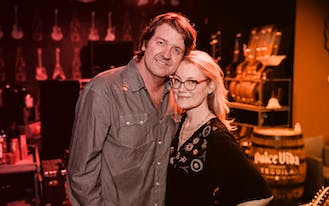 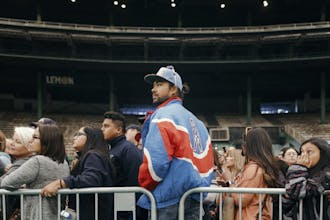 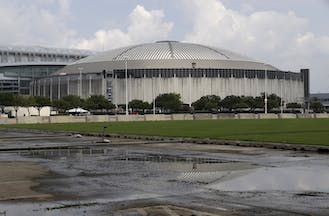 Another Day, Another Proposal to Save the Astrodome 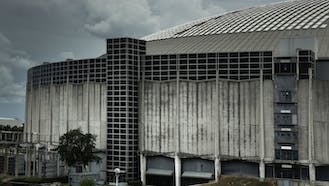 The Astrodome Is Getting a $63,800 Power Washing Next Month