We’re five months from the filing deadline and this is already one of the nastiest races I’ve ever seen — reminiscent of that 2003 Republican primary race in Waco in which the two Republicans were so scuzzy that the GOP district (now represented by Doc Anderson) ended up electing Democrat John Mabry (for one term). Lozano is a Kingsville restaurateur. Rios Ybarra is seeking her second term after defeating incumbent Juan Escobar in a 2008 Democratic primary race that was seen as a major victory for Tom Craddick at the time. Somebody really has it in for Rios Ybarra. A YouTube video begins with the display of an unusual question: “Why is a court ordering Tara Rios Ybarra to give a deposition in a divorce case?” Then the Pink Panther theme is played, with an image of a detective type looking through a magnifying glass. This is followed by scrolling court records that identify the parties in the divorce case and include the order for the deposition. Another YouTube video begins with “Legislative Truancy Productions Presents Tara ‘No Show’ Rios Ybarra.” It has video of Agriculture committee meetings in which, according to the display typography, out of 17 meetings of the committee, she either arrives late, leaves early, or misses the meeting altogether 10 times. When she arrives late, the clerk announces her arrival, Show that Representative Rios Ybarra is present. Ouch! Anyone who has spent any time in the Capitol knows that representatives come and go to committee meetings all the time. Often they leave to go present a bill at another committee meeting. The behavior for which she is criticized is common practice. But the folks back home in District 43 don’t know that. This accusation, with accompanying video of empty chairs, late arrivals, and early departures, could be used against any member of the Legislature to make him or her look like a sloth. I’m not taking sides in this fight, except to defend legislators generally. This is not fair criticism. Yet another YouTube video features Rios Ybarra presenting a bill during the local and consent calendar. I was in the chamber and I remember the episode well. Rios Ybarra was presenting a groundwater bill and had the misfortune to be questioned by fellow Democrat Lon Burnam. He asked her whether she knew each of the ten temporary board members and what they did for a living. She could account for five. For the rest, she said, “I do not know him and his background.” The type for the video reads: “Tara Rios Ybarra…Why does she show up when she is not prepared? … She does not even know her own bill.” This is unfair too. Capitol veterans know that special district bills are written by lobbyists and brought to the member to present on the floor. The member doesn’t choose the temporary board members. I thought Rios Ybarra did well to know five out of ten. But the folks back home don’t know that. Nor do they know that Burnam appeared to have it in for one of the board members who was in the uranium business. Burnam ended up killing the bill, and Rios Ybarra left the floor in tears. Ultimately, Lucio passed the bill in the Senate and it became law. I’m not trying to take sides in this primary battle. What concerns me is that the omnipresence of the new media can provide the public with a misleading perception of the legislative process. I’m sure that the folks back home want their representatives to sit through every minute of every committee hearing, and to know their legislation down to the last detail, including the livelihoods of temporary board members. That is not the standard that prevails in the Capitol. If there is a lesson here, it is one that we all should have learned by now, including me, which is that the new media world has changed everything, and someone is watching everything that politicians do. Also journalists who might take a nap in the Senate. It is going to show up somewhere. As for the race, the fundamentals of the race are pretty clear. She won in 2008 because the southern end of the district, where she lives, is growing, and the Kingsville end of the district, where Lozano lives, is not, and she received heavy support from TLR in 08 and doubtless will again. Unless her peccadillos (if any) cause her to get an opponent — or a wave of disapproval — from the southern end of the district, Rios Ybarra should win again. 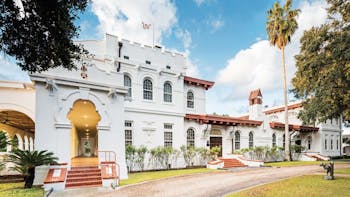 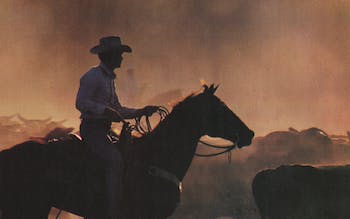 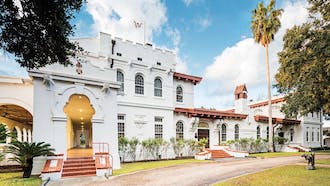 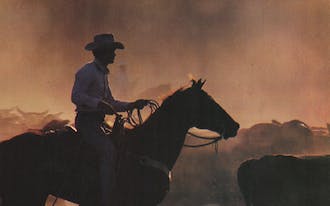 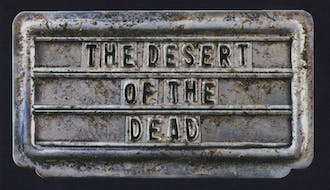 The Desert of the Dead

By Anne Dingus and Pamela Colloff