Jack Rains, whom some may remember as a former Secretary of State during the Bill Clements years, sent this commentary by Rush Limbaugh to his (Rains’) e-mail list. It pertains to the county-by-county map of the election (click on image for full map). I will comment following Limbaugh’s observations. You know, it’s interesting, I saw today the final county map, red state, blue state map by county, and if you just landed here from Mars, and you looked at that map, you would swear the Republicans won this thing in a landslide, if you didn’t know where the population centers are. I guarantee you by county and by square mileage, we skunked ’em! But then you look at the coasts, you look all up and down the Left Coast, you look all up and down the East Coast, until you get past New Jersey and Maryland, DC, even Virginia, three counties in Virginia won it for Obama. Those three counties are microscopic on the map. But it’s just amazing. The population centers feature big cities, of course, and people who live in big cities are largely Democrat, and I don’t know, for example, how many conservatives are going to want to move to a place like California. Look at the tax rate in California. How many conservatives who don’t already live there, want to move to New York? I mean, you need a great job, a lot of money to live there. Besides, conservatives don’t Balkanize themselves. They live their lives; they want to be happy and so forth. Liberals are the ones that organize in little communes and cliques and cities and so forth and only want to hang around with each other and themselves. We’re not that way in many regards. In some parts of the country that happens to be the case, but this map is just stunning. And I’ll tell you something else that’s stunning. If you look at the counties, what I call the Hispanic border states, you go up the border of Mexico with Texas, the only blue counties in Texas, other than one outside of Houston, are right on the border with Mexico, and then you go into New Mexico, same thing, go into Arizona, pretty close, same thing, you go to California, you can see the Hispanic vote. You can see where it’s gone. It’s all blue. Well, not all, but I mean, it’s just amazing. * * * * My response: There is nothing amazing about this map. It is the inevitable result of the Republican party’s rigid adherence to faith-based and cultural values. Stem cell research is the canary in this coal mine. When the president of the United States imposes a religious-based restriction on the search for knowledge and scientific progress, he and his party have placed politics and ideology above the public interest. The governor of Texas has done the same. A party that cares more about doctrine than about governing points itself in the direction of irrelevance. The map reflects what the Republican party has brought on itself. The GOP has become the party of rural America. The Democrats are the party of the cities. The division is not a neat one; the cities, after all, are populated by people who came from the countryside over several decades and brought their rural values with them. The antipathy of the countryside for the city is hardly new in American politics; it goes back to Jefferson, who believed that the yeoman farmer represented the American ideal. But the cities are where the voters are. Cultural issues will always be with us; how we live and what we value are important politically as well as personally. I do not question their legitimacy. I do question their primacy—and so should Republicans. The three “G’s” (God, gays, and guns) cannot sustain a political party over the long haul. Sooner or later, you have to govern. The Bush administration failed in Iraq and failed in New Orleans, and the country lost faith in the administration’s leadership and competence. The end of Limbaugh’s first paragraph is quite strange. “[C]onservatives don’t Balkanize themselves. They live their lives; they want to be happy….” “Balkanize” means to divide into ineffectual warring factions. So conservatives don’t balkanize themselves? How, then, do you explain the Republican base’s antipathy for anyone who shows independence—John McCain, for starters? Look at Texas, and the efforts to purge the so-called RINOs. As for conservatives wanting to be happy: Since when? Conservatives aren’t supposed to be happy. They’re supposed to be worried. What makes conservatives conservative is a dark view of human nature that leads them to fear change. William Safire, in his Political Dictionary, writes, “Abraham Lincoln called conservatism, ‘adherence to the old and tried, against the new and untried.'” More Rush: “Liberals are the ones that organize in little communes and cliques and cities and so forth and only want to hang around with each other and themselves.” Hmm…that sounds more like small towns to me. Everybody knows everybody else—and their secrets. What many people find attractive about cities is that you can, if you choose, be anonymous. You can shuck your past and re-invent yourself. Finally, Rush found Hispanic support for Obama to be stunning. What did he expect? The Republican party has done everything possible to alienate Hispanics, from building a wall to breaking up families. Perhaps he ought to read the platform of the Republican Party of Texas on the subject of illegal immigration: “No amnesty! No how! No way!” No wonder the Hispanic vote in Texas was around 70% Democratic. 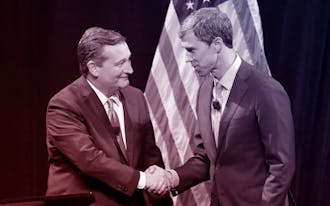