Here is who has filed so far: Governor: Felix Alvarado, Bill Dear, Farouk Shami, Bill White Lieutenant Governor: Ronnie Earle Attorney General: Barbara Ann Radnofsky Land Commissioner: Bill Burton Railroad Commissioner: Jeff Weems Agriculture Commissioner: Kinky Friedman (Hank Gilbert has said that he will run) A knowledgeable Democratic source told me that various groups tried to find some good candidate who were willing to run for statewide offices, in particular those offices with seats on the legislative redistricting board. They had no luck. They also tried to find an Hispanic candidate of some stature. No luck there either. This situation means that potential officeholders believe that it is going to be difficult for a Democrat to win in 2010. Now that the exercise seems to be over, there is relief among some Democrats that resources won’t be wasted on hopeless races and that the D’s will concentrate on trying to elect White and defending legislative seats. This sounds right to me. Radnofsky may have some residual name recognition from her fultile 2006 Senate race against Kay Bailey Hutchison, and some voters will recognize Earle, the former Travis County D.A., as the prosecutor who brought down Tom DeLay. (DeLay had to step down as House minority leader after he was indicted.) But neither is a threat to win a major office. The list of filings indicates that Democrats may be looking to pick up judicial seats on the courts of appeals. So far, I have not seen any D’s filing for the Texas Supreme Court or the Court of Criminal Appeals. Texas is going to trend Democratic in the long term, but that could take another twenty years. In the meantime, Texas is going to be a Republican state for the next election cycle or two. 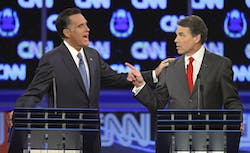