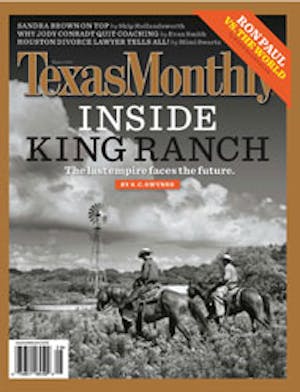 As the new school year nears, the turmoil and intrigue at the Texas Education Agency that led to the resignation of commissioner Shirley Neeley raises questions about the TEA’s ability to provide support and oversight to the state’s public schools.

It was common knowledge at the Capitol that chief deputy commissioner Robert Scott, a former Rick Perry staffer, was really running the agency. The daily papers have chronicled how Neeley instituted an investigation into whether Scott was directing agency contracts toward his friends, an allegation he strongly contests. But all the flap obscures a much bigger problem at the TEA: the downsizing of the agency’s staff and mission. Created to enforce the state’s education code and be a fount of expertise for school districts about “best practices” in areas like reading and math, bilingual and special education, and dropout prevention, the TEA today does neither. It distributes federal grants and administers the state’s accountability and school ranking system, but most decisions have been deregulated and left to local school districts—and the agency can’t even seem to address claims of widespread cheating on the TAKS test. Neeley was in the untenable position of having a deputy who reported not to her but to the governor’s office; as a result, the education community regards the TEA as a political extension of Perry’s operation. (His 2005 executive order requiring that 65 percent of school district expenditures be spent in the classroom was implemented by Scott, not Neeley.) Her successor—Scott, if he can weather the storm; perhaps education reform advocate Sandy Kress if he can’t—will be Perry’s fifth commissioner in six years. But no matter who’s in charge, the TEA is just a shell of what it used to be.