This is the fourth episode of Underdog: Beto vs. Cruz, a podcast following the 2018 Senate race in Texas. This article is part of our 2018 Texas Elections coverage, where you can find the latest in news, analysis, and updates from Texas Monthly. Read More

How much can the polls really tell us in a midterm election with record voter turnout? Jana Lynne Sanchez, a Democratic congressional candidate for Texas District 6, tells Eric Benson that what she’s seeing on the ground tells a very different story than the polls do. In fact, she says, those poll numbers showing Cruz still in the lead over Beto are “total B.S. … I don’t think there’s any chance in hell that Beto’s losing.”

There are the young voters, Sanchez says, who may not pick up their phones when called by pollsters and whose votes therefore aren’t being factored in. There is also the possibility of a number of Republican voters who would otherwise vote a straight ticket ticking off O’Rourke on their ballots over Cruz (our host happens upon one such voter, so we know they exist!). Benson also talks again with Jim Henson and Josh Blank of the Texas Politics Project. Their big October poll, released last week, showed Cruz leading Beto 51-45. But they don’t necessarily think that voters skeptical of their polling numbers are off base. Blank says, “It’s hard to identify if there’s a surge of new voters … this is based on our historical understanding of what people have done in the past, and also how stated attitudes predict future behavior. But if a bunch of people just show up, and this election doesn’t look like any other, then the results are going to be different.”

Today is the last day of early voting, and Tuesday is Election Day. As of October 31, more than 32 percent of registered voters in Texas’s thirty biggest counties have already cast their ballots—that’s nearly as much as the entire 2014 midterm election.

Stay tuned for Episode 5. It’ll be available November 5, the day before what—regardless of the outcome—is already a historic election.  And you can listen to Texas Monthly and Pineapple Street Media’s Underdog: Beto vs. Cruz via Apple Podcasts or anywhere else you listen to podcasts. 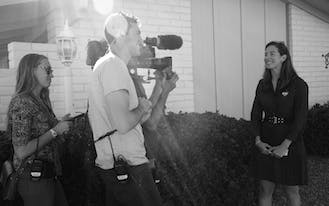 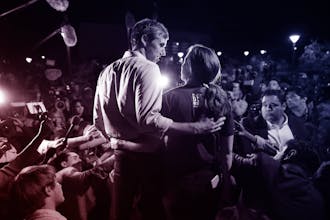 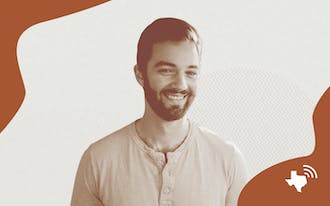 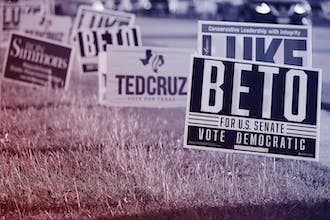