Every story of a wrongful conviction is a story of lingering bitterness and lasting feuds. Consider Anthony Graves, who is filing a complaint with the State Bar against prosecutor Charles Sebesta, who has never admitted to the mistakes that led to Graves’s sitting on death row for twelve years. The San Antonio Four, sent to prison for more than a decade for a bizarre sexual assault that never happened, have had no contact with the prosecutors, police, or doctor involved in their convictions.  And even when former district attorney Ken Anderson publicly apologized for “the system’s failure” that sent Michael Morton to prison for nearly 25 years for a murder he didn’t commit, Anderson still defended his prosecution of Morton.

Do these stories ever end with reconciliation? Is it even possible to forgive such an egregious error? Perhaps it really is a matter of time healing all wounds. Nearly thirty years after wrongfully convicting Timothy Cole, the City of Lubbock is accepting its involvement in this tragedy. The city is unveiling a ten-foot-tall statue of Cole, who was convicted of rape in 1986, died in prison in 1999, and was proven innocent by DNA evidence in 2009. It’s the most direct instance yet of an institution—in this case the City of Lubbock—publicly commemorating its own failures in sending an innocent person to prison. “It really is about reconciliation, and hope,” Cole’s brother Cory Session explained.

“It’s important for people to realize that no system is infallible,” said Todd Klein, a member of the Lubbock City Council, who spearheaded the project along with local attorney Kevin Glasheen, whose law firm paid for the statue. “This memorial can be a teachable moment for future generations.”

Although the most well-known photo of Cole shows him smiling and wearing a tuxedo, the statue is both more informal and more serious. The statue, cast in bronze by Lubbock sculptor Eddie Dixon, portrays Cole in his collegiate outfit of penny loafers, slacks, and a sweater with a collar peeking out. He carries two large books. Below his feet are inscribed the words “And Justice for All.” His expression is sober and steely. His head, slightly turned to the side, will face the Texas Tech University law school, while his body will be turned toward the church parking lot where the crime for which he was falsely accused took place.

In 1985 a sophomore at Texas Tech named Michele Mallin was raped. She was the fifth victim of the feared “Tech Rapist,” who abducted young women around the campus. A man had approached Mallin near her car and asked for jumper cables. He then pulled a knife, forced her into her car, and drove to a vacant field.

About two weeks later, Mallin picked Cole, also a student at the university, out of a photo lineup, followed by a physical lineup.

Cole was convicted and sentenced to 25 years. He was offered parole if he would confess, but he refused. His family regularly visited him in prison, and Session remembers him being at peace with his condition, saying things like, “I’m thankful because I have a roof over my head.”

In 1999, as a result of a heart attack brought on by his asthma, Cole died in prison. His family was devastated, and then they were furious. The Innocence Project of Texas helped them get a full exoneration for Cole (Mallin, the victim, said she was misled by police, and DNA later proved that another man had committed the rape). Governor Rick Perry issued a posthumous pardon in 2010. The family, using the momentum of the case’s publicity, petitioned the state legislature to enact reforms that would prevent future wrongful convictions, and lawmakers of the Eighty-first Legislature responded by creating the Timothy Cole Advisory Panel on Wrongful Convictions, which made recommendations for reforming everything from eyewitness identification practices to the handling of scientific evidence by the courts. They also passed the Tim Cole Act, which increased the amount of state money available to the wrongfully convicted—and their families—to $80,000 for every year in prison.

But even with Cole’s name becoming attached to some of the most important criminal justice reforms in the state’s history, his family still had trouble getting his hometown to take responsibility for its grievous mistake. For years the family fought with the City of Lubbock and its police department over their failure to investigate the officers who handled Cole’s case. “The City of Lubbock did nothing,” wrote Innocence Project of Texas attorney Jeff Blackburn, in an October 2010 letter to Mayor Tom Martin. The exoneration had already gone through, but Blackburn was seeking depositions of the police involved in the original investigation. “Will you and your fellow officials take responsibility and make things right, or will you continue to hide behind lawyers and hope the problem goes away?”

A few days later, after the letter was made public, city manager Lee Ann Dumbauld responded. Stating that Cole’s mother, Ruby Session, had “lived a nightmare for 25 years that the rest of us cannot even imagine,” Dumbauld said criticism of the city was “misleading and inappropriate” since they had cooperated in the exoneration effort and since the specific policemen charged with railroading Cole no longer worked for the city. The city council and police department had enacted reforms handed down by the Legislature, and Dumbauld argued that their obligations had ended there. “It saddens me greatly,” she added, “that Jeff Blackburn of the Innocence Project of Texas seems to be marketing Mrs. Session’s grief.”

It was only four years ago that tensions still ran so high, but in the years that have passed, Ruby and Cory Session have made peace with the city. Cory told me that he approves of the way the city implemented the state’s new eyewitness identification policies (“I think they’ve made great strides”), and he worked closely with Todd Klein at the city council to get approval for the statue, which will stand near the Texas Tech campus. “I hope in some ways this helps further heal some wounds,” Klein told me over the phone. “The family has been nothing but decent and dignified through all of this.”

And though he has reached a sort of closure with Lubbock officials, Cory Session hasn’t stopped fighting at the Legislature for more reforms. Last year, he sparred publicly with state senator Joan Huffman, shouting at her and calling her a “bitch” for what he perceived as a dismissive tone when he pushed for a permanent commission to help prevent future wrongful convictions.

During the next session, in 2015, he’ll ask lawmakers to start requiring police departments to record the interrogations of suspects for violent felonies. This bill failed in 2013, but Session hopes the statue might invigorate support. “It will not be battleground Texas. It will be common-ground Texas,” he said, clearly ready for a speech at the unveiling. “This is one thing that brings both sides of the aisle together.” 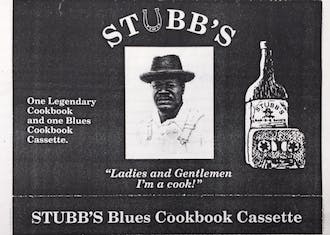 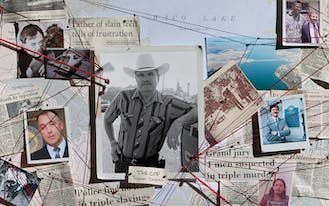