So far to go, so much time. For George W. Bush, the race for president has become a daily obstacle course with no end in sight. Actual voting for the Republican presidential nomination is still more than a third of a year away, and in the meantime, every press conference, every interview, and every reporter prying into his background poses perils. Despite his front-runner status and his huge lead in the polls, his real opponents are not his GOP rivals, nor even Democrats lurking in the distance, but the media and, occasionally, himself. So far, the revelations, suppositions, and insinuations of the summer—from drug use to the renewed questions about whether his family pulled strings to get him into the National Guard—have inflicted no measurable harm on Bush’s standing with the voters. What they have damaged, however, is his aura of invincibility.

The problem is the way it has been damaged. One of the legacies of Bill Clinton is the axiom, established during the bare-knuckle New York primary in 1992, that the charge against the candidate matters less than the way he reacts to it. Clinton, of course, reacts coolly—practice makes perfect—while Bush, pressured to tell all about using drugs, revealed a testiness that did not serve him well. The trouble with this axiom is that it is a license for conjecture. Allegations substitute for evidence, and character becomes the dominant issue.

Does the current way of covering presidential politics serve to inform the public about what a candidate is really like? Judging by the media’s treatment of Bush, the answer is no. The character sketch of him that has been presented to the rest of the country by the press—which is about all that anyone outside Texas knows about him, other than who his parents are—is of a man who, it is assumed, has used cocaine at some point in his past, manipulates the levers of government to help his contributors, and behaves in a vulgar and undignified manner. To Texans, who have watched George W. Bush over the course of six years as a candidate and an officeholder, this portrait bears scant resemblance to the man they know, the one whose greatest strengths are character and personality. This is not a defense of Bush: One reason to be concerned about the media’s obsession with character—which is another way of saying morals—is that it obscures the aspects of his personality and governing style that might give some voters reason to doubt whether they really want him as the next president.

First, let’s consider the way the media have portrayed Bush.

Allegation: He used cocaine.
This issue is not just about character. It is also about turf. Do the media (and by extension, the American people) have the right to know everything about a candidate’s past, or is there a line beyond which—in the absence of damning facts—reporters ought not to probe? Bush attempted to draw such a line when he said at the outset of his campaign that he would not discuss his behavior in his youth. This did not stop the media from asking, of course. Some of the attacks were oblique, such as when he was asked if he had been faithful to his wife. Once the question is asked, it is hard not to answer—your most important constituency consists of one—and Bush said yes. Then the Dallas Morning News asked if he could pass a federal background check that covers drug use for the past seven years. This too was a hard question to duck. Bush said yes and volunteered that he could have qualified for a security clearance in his father’s White House, one that covered fifteen years. The more questions he answered, the more that reporters and some of his Republican rivals insisted that he come clean on the entire drug issue. The feeding frenzy was on. Bush was topic A on the talk shows and the butt of jokes by Jay Leno. Only polls showing little or no erosion of Bush’s support sent the issue into remission.

Did Bush open the door to all questions about his personal life by selectively discussing some of it while putting other parts off limits? He did not. His original position had never changed: He wouldn’t discuss the escapades of his youth. None of his answers touched on that period. No door was ever opened. Nor is there any weight to the argument that he should reveal his drug experience to let the American people decide whether he is a hypocrite for signing laws that sent drug users to prison. All politicians come to office with dirty hands. Some have driven while drunk; others have filed for bankruptcy; still others may have filched bubble gum as children. This does not bar them from toughening DWI laws, making it easier for creditors to recover money from deadbeats, or upholding the laws against theft.

Allegation: A major contributor to Bush may have received special treatment in a dispute with a state agency.
The contributor, in the amount of $35,000 in PAC money, is Robert Waltrip, the chairman and CEO of Houston-based Services Corporation International (SCI), the world’s biggest operator of funeral homes. A whistle-blower lawsuit filed by Eliza May, the former director of the Texas Funeral Services Commission, alleges that she was fired for investigating SCI’s embalming practices. After commission inspectors paid an unannounced visit to two SCI funeral homes in 1998, Waltrip wrote Bush a six-page letter complaining about the investigation, and several legislative allies of Waltrip’s complained as well. Eventually Joe Allbaugh, who was then Bush’s chief of staff and is now his campaign manager, presided over a meeting that was attended by Waltrip, some of his legislative allies, and May. Was the meeting, as one reporter wrote, part of a chain of events that “may be the biggest influence-buying scandal in recent memory?” Or was it simply a function of the governor’s office to find out why there was a firestorm in the executive branch?

At this point there is nothing that remotely resembles a smoking gun—or a quid pro quo. May’s firing came not on the heels of the meeting with Allbaugh but ten months later. The commission director says she was canned for sending a state employee to research Bush’s campaign finance records. (Whether this was authorized is disputed.) A proposed $445,000 fine against SCI is still awaiting action by the full commission. Any action, however, will be taken by a new group of commissioners: Earlier this year the Legislature passed a bill reconstituting the Funeral Services Commission so that two thirds of the board members must be appointed by the governor from the general public, not from the industry, and the chairman must be one of the public members. Some SCI-backed proposals, including changes in the embalming rules, were included in the new law; nonetheless, consumer groups supported the bill, which greatly reduces the industry’s long-standing influence over the commission.

Allegation: By using vulgar language in an interview, he showed a lack of dignity and judgment.
A profile of Bush in the first issue of Talk magazine cited several occasions in which he said that naughty f-word and another in which he made a tasteless joke about condemned murderer Karla Faye Tucker’s futile efforts to avoid execution. This led columnist George Will to write in the Washington Post that Bush lacked gravitas. (But poor Al Gore has too much; you can’t win.) It comes as no surprise to Texans that Bush is irreverent, and it should come as no shock to anyone that he cusses now and then. So what? Clearly the sin lies not in the use of the word but in its use around a reporter. Will’s column was a case of the media enforcing one of the commandments that it imposes on would-be presidents: Thou Shalt Never Act Like a Real Person. No wonder politicians hire consultants to stage events and create flawless images. The reaction by Will was reminiscent of a poem by Jonathan Swift in which a man discovers to his horror that his lover has bodily functions—except that Swift was engaging in satire.

In its eagerness to plumb the depths of the character issue, the media have ignored the obvious substantive questions that ought to be asked about Bush: What kind of governor has he been, and what does that tell us about the kind of president he might be? He has certainly been popular, and he has also been lucky: No crises or budget shortfalls have marred his tenure. But the narrow range of his interests may prevent him from joining the very short list of great Texas governors: Sam Houston, Jim Hogg, John Connally.

On a topic he cares about, such as public education, Bush can dazzle with his thoroughness and passion. But if he doesn’t particularly care about an issue—and as governor he hasn’t particularly cared about most issues—it doesn’t even appear on his radar screen. Higher education? Transportation? Health? Parks? Environment? Forget it. Bush’s vision consists of general principles (limited government, noninterference with the marketplace, voluntary compliance, no new causes of action, and so on) rather than specifics.

And even on the issues Bush does care about—for instance, tax reform in 1997—his style has been to leave most of the decision-making to the Legislature. This has worked well because the House and Senate are not organized along partisan lines; indeed, his strongest support often came from Democrats. But Washington runs on partisanship and seniority. If Bush as president defers to a Republican Congress, he will be turning over the future of the country to Tom DeLay, Dick Armey, and Trent Lott—precisely the scenario that kept a disgraced Bill Clinton in office. What the media ought to be concerned about is whether he has the necessary interest in and knowledge of public policy to make Congress follow him, rather than the other way around. 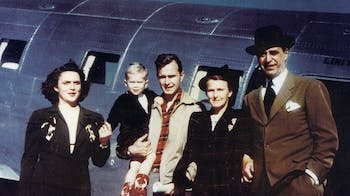 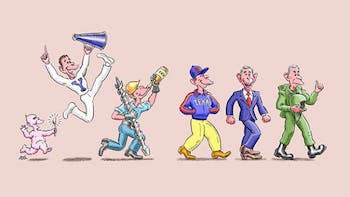 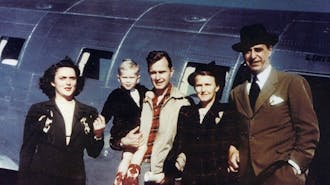 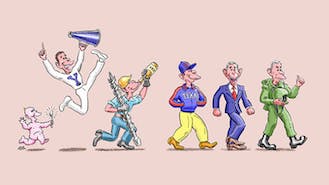 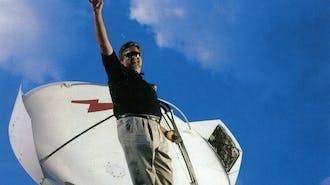 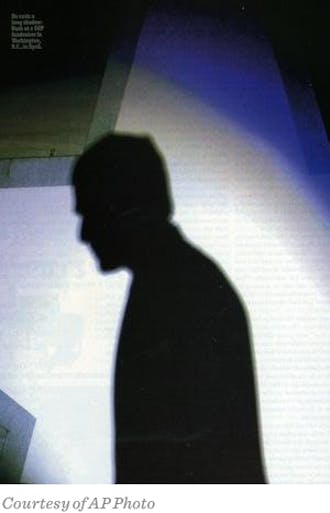 How W. Can Win