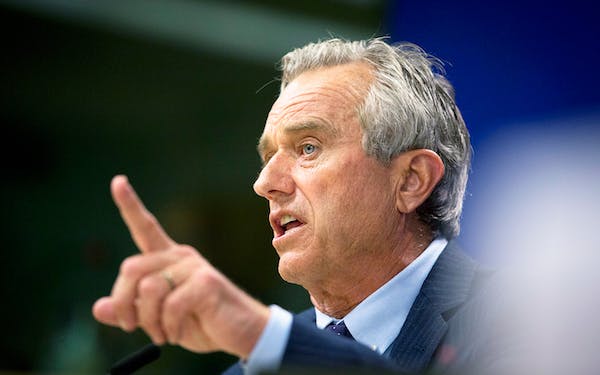 Kennedy’s presentation to vaccine activists at the Capitol was a master class in how to turn fears toward a dangerous cause.

Buried in the four-inch stack of amendments to the house budget bill is a subtly crafted ambush on the Public Integrity Unit of the Travis County District Attorney’s office. This is the outfit that investigates corruption cases involving public officials, the most famous of which in recent memory was Ronnie Earle’s dogged pursuit of Tom Delay in the TRMPAC case. Earle has moved on, but Republicans haven’t forgiven or forgotten. This session, Arlington Republican Bill Zedler filed a bill (HB 1928) seeking to move the unit out of the Travis County D.A.’s office and into the Attorney General’s office, which is to say, out of Democratic control and into Republican-held territory. Similar efforts in previous sessions went nowhere, and Zedler’s bill has yet to get a hearing. But he may not need one to get the revenge Republicans have been seeking. That’s because one of Zedler's proposed HB 1 amendments, a seemingly simple half-page item (on page 251 of the stack) moving funding for the Public Integrity Unit over to the AG’s office, contains what appears to be a cleverly couched sneak attack.

Your daily space queen video! It’s worth clicking on just to see what I look like when I forget to sit on a telephone book. Paul Burka on the secret speaker’s ballot, and why he was for it before he he was against it. (Flip flopper.) Honorably mentioned: Speaker Craddick,…

The speaker’s race: How much is Craddick to blame?

As everyone knows by now, Republicans have lost 12 seats since Craddick became speaker. Eight of these losses occurred in the last two elections. The main reason for these losses was not Craddick; it was George W. Bush. But I do think that a close scrutiny of seats won and…

I learned today about a method of analyzing House races that may be able to predict winners (no warranties, expressed or implied) in close races for the Texas House of Representatives. The idea is to determine whether Democrats have a chance to win certain races, based on primary turnout of…