We’re in the final stretch of Amazon’s drawn out process to select the location of its new headquarters, and yet another report has confirmed what Texans already know: there’s a really good chance HQ2 will land in our state. CNBC’s new analysis of the competition puts Austin and Dallas as the two heavy favorites to woo the mega online retail company.

According to the analysis, Austin and Dallas each received an overall grade of A-, putting them at the top of a crowded crop of cities vying for Jeff Bezos’s attention. CNBC graded each city on the basis of Amazon’s previously released wish list, which includes “a metropolitan area with more than one million people, a stable and business-friendly environment, urban or suburban locations with the potential to attract and retain strong technical talent,” and “communities that think big and creatively when considering locations and real estate options.”

Austin and Dallas, of course, check off most of those boxes. “Texas seems to have many attributes that align well with Amazon’s needs,” CNBC wrote. “No state has a better infrastructure, and the state’s business climate is the picture of stability, thanks to the nation’s best all-around state economy. Austin offers not only those attributes but also a legendary tech scene fed by the state’s flagship university and a vibe that tech talent can love. Texas does have some quality-of-life issues when it comes to crime, health insurance and inclusiveness. And while the state gets points for having no corporate income tax, high property taxes cancel out some of that cost advantage.” CNBC gave Austin an A+ for matching Amazon’s preferred population, a B+ for stability, an B for talent and an A for location.

Of Dallas, CNBC wrote that it “offers the same Texas advantages that Austin does—great infrastructure, a strong and stable economy, and a world class workforce. It also offers more air travel options. Dallas–Fort Worth International Airport is the world’s fourth busiest based on aircraft operations, serving 233 destinations including 57 international cities. But Dallas also shares Texas’ disadvantages when it comes to quality of life and cost. Plus it suffers a relative shortage of science, technology, engineering and math (STEM) workers that companies like Amazon crave.” Dallas got an A+ for its population, a B+ for stability, a B for talent, and an A for location, the exact same score breakdown as Austin.

If you’re living in Austin, there’s a good chance that all of this is bad news. A poll released earlier this year found that 13 percent of respondents in Austin would rather HQ2 go somewhere else (the only city with a higher percentage was Denver at 17 percent), and other poll questions revealed a generally low enthusiasm for HQ2 that was unique among the competing cities. It’s easy to understand Austin’s apprehension. Sure, HQ2 would bring a bunch of jobs and business-world prestige to whatever city it lands in, but it’ll also bring substantial change. Just look at the site of Amazon’s main headquarters, Seattle, which has faced a slow and painful death by corporate overcrowding. Austinites fear a sudden influx of Amazon employees may have the same effect on their city, which has an ever loosening grip on its identity. The arrival of Amazon’s HQ2 could be what finally breaks Austin.

Dallasites, however, are ready for Bezos. In the same poll, only 6 percent of Dallasites said they didn’t want HQ2, while respondents generally said they thought highly of Amazon and believed the new headquarters would have a positive impact on the city. That also makes sense. The Dallas-Fort Worth metroplex has succeeded in luring and keeping big businesses like ExxonMobil, AT&T, American Airlines, and Chili’s, but it doesn’t really have the same “corporate-chic” presence as Austin (which has Apple, Google, Facebook, Dell, IBM, etc.). Basically, Dallas wants more offices where employees sit in overstuffed bean bags instead of boring normal chairs. But HQ2 would likely have the same negative impacts on Dallas as it would anywhere else, since the city’s infrastructure is already lagging behind its astronomical growth rate—traffic is bad, gentrification is firmly in place, and affordable housing is growing increasingly rare.

Amazon is expected to make its decision sometime this year. Whether they will choose a city that actually wants it remains to be seen. 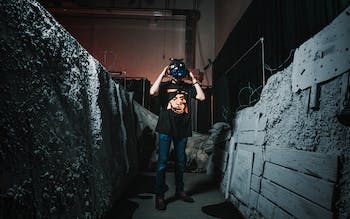 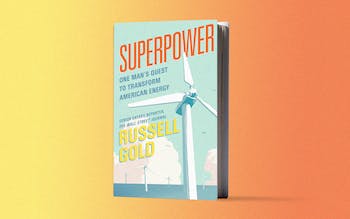