The desert sun had yet to splash orange and yellow paint across Rancho Encantado’s eastern horizon when Jack Brittingham inched past a prickly pear and climbed into a deer blind nestled next to a Dimmit County ranch road. It was late in the South Texas deer season last January, and on this morning, Brittingham was pursuing a white-tailed buck he’d named Typhoon.

He’d already made several trips to the ranch in hopes of bagging the animal, which had a monstrous Boone and Crockett score of more than 200 inches. (Boone and Crockett is the standard measurement for a buck, and any score above 160 is considered a trophy.) And he’d spent untold hours sitting in a hot blind waiting for him to appear, with no luck thus far.

A typical hunter may spend half a day in a deer blind hoping for a suitable buck to present itself. Brittingham tracks and selects a specific deer in advance and then routinely commits more than one hundred hours to staking it out. “I once spent twenty-eight days in a stand hunting for one deer,” he says. “I finally got a shot, and it was a bad shot. I clipped him in the hoof, and he got away.”

Few hunters can claim to have killed as many giant bucks as Brittingham, who dons his hunting gear around 250 days a year to chase animals all over the world. At sixty, he remains one of the most recognizable names in big-game hunting. He has directed and starred in his own TV show, Jack Brittingham’s World of Hunting Adventure, which aired on the Outdoor Channel from 2005 to 2007. He has also produced a line of hunting videos, which includes such titles as Lethal Impact, Basic Instinct, and six volumes of Buck Fever. 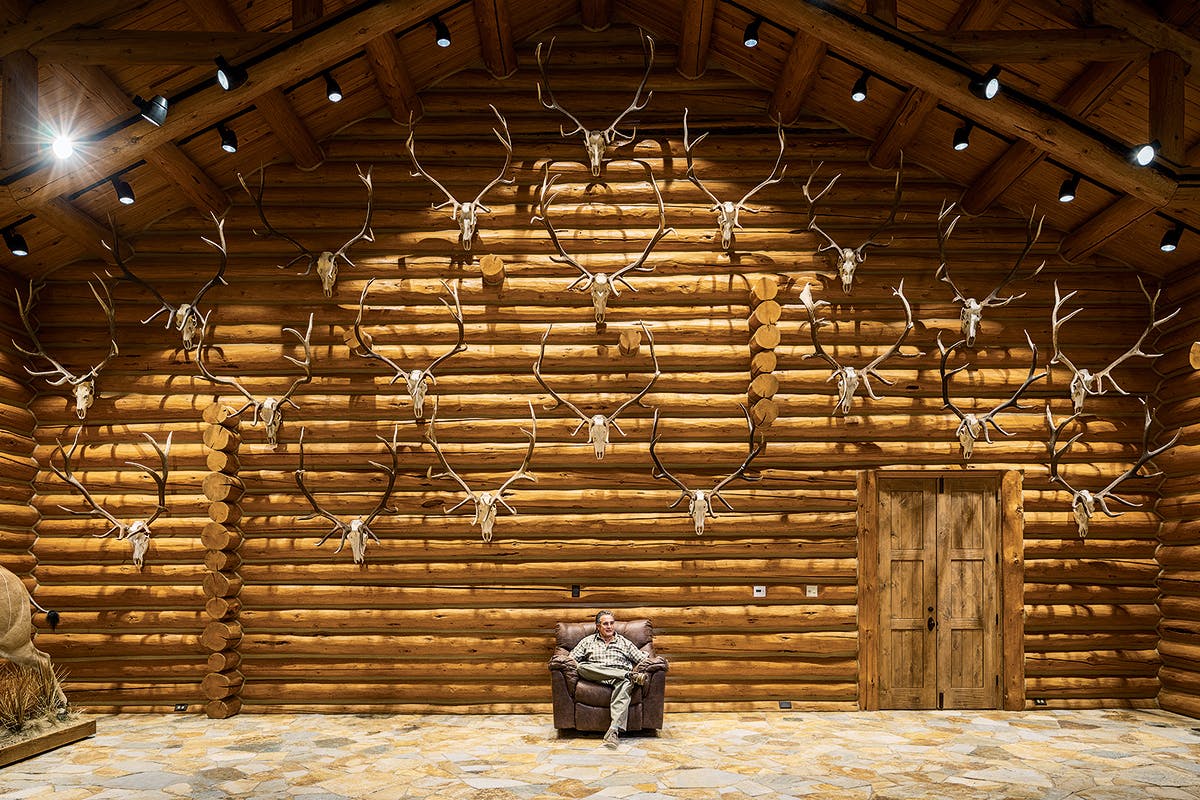 When it comes to hunting whitetail, he sticks mostly to his two ranches in Texas: Rancho Encantado, a 5,000-acre holding south of San Antonio, and Briar Lakes Ranch, the 1,800-acre parcel southwest of Tyler where he makes his home. Both are equipped with a private landing strip for Brittingham’s Pilatus PC-12, the single-engine turboprop he uses to travel the country. Between staff salaries (he employs about 25 people to work his ranches), travel, and land management, he spends hundreds of thousands of dollars every year on hunting. The videos used to help foot the bill, but most of his exploits are self-funded. (He got his start working with his father, who co-founded the Texas-based flooring empire Daltile.)

Though he’s an outsized character in the world of big game, Brittingham is, in many ways, emblematic of the changes that are sweeping the deer-hunting landscape. Gone are the days when an old flat board perched on a mesquite limb served as a deer stand and you sat in the elements with little more than a rifle and your camo. Hunters nowadays rely on newfangled tracking technology in the form of cellphone apps and trail cameras, and they post up in a variety of customized blinds.

The blind that Brittingham inhabited on that January morning, for example, was a two-thousand-gallon plastic water tank he’d converted specifically for his needs as a bowhunter, which is the only way he hunts. The tank is partially buried and is fitted with eye-level windows offering 360-degree views of the surrounding brush and senderos. As such, he can stand up to draw his bow, but his body remains mostly hidden belowground.

But in hunting today, the pursuit of ever-bigger bucks actually begins years before the hunt itself. Brittingham is one of several Texas landowners who have implemented elaborate deer management practices to produce a different class of trophy. At Rancho Encantado, mature bucks max out at 260 pounds rather than the 150 to 200 pounds common on most ranches.

Cade Green, who has served as ranch manager at Rancho Encantado for nearly two decades, is responsible for making sure they reach that size. He supplements the animals’ natural diet by stocking feeders with protein pellets. He then uses trail cameras and meticulous scouting techniques to track the biggest bucks as they mature. He’s walked countless miles through the brush, dodging rattlesnakes and angry feral hogs, searching for shed antlers (bucks regrow their antlers each year), which he uses to assess a buck’s potential Boone and Crockett score. The conventional wisdom used to be that, by five and a half years of age, a white-tailed buck had spent his best time on earth and was ready for the cooler. Brittingham will only hunt a buck after it turns seven, a practice that is becoming more common, though it remains the exception.

Shortly after Brittingham climbed into the blind last January, his phone vibrated, and a photo of Typhoon popped up on the screen. A camera had captured the buck at another blind, half a mile away, leaving Brittingham with a crucial choice. He could try to go after him now, taking a risk of spooking him deep into the brush, or he could wait for another chance, perhaps even lure him to his current location. In another situation, Brittingham might have been patient, but deer season was coming to a close. He exited the blind and began sprinting through the brush.

By the time he reached the next blind, Typhoon was gone, but Brittingham was determined to make the most of his chance. He crept two hundred yards downwind, into the woods, and used a pair of antlers to mimic the rattling sound made by two bucks fighting over a doe. Most hunters rely on a partner to lure the deer while they set up for a shot, but not Brittingham. “I rattle real hard for the first minute, then slide one antler up under my hip on the right side,” he says. “Then I can just tickle the tines with my right hand and be ready when the buck comes in.”

This one came in just right. As the sky turned purple and pink and the sun rose, Brittingham drew the string to his right ear, aimed, and took the shot. Typhoon died within a hundred yards of where the hunter crouched.

Brittingham pulled out his phone and called Green to help move the animal back to the lodge. He’d eventually have it mounted and hung on the wall, but he didn’t wait around to sort out the details. Soon enough, he boarded his plane and was off to his next hunt.