Tiger Woods’ former swing coach, Hank Haney, is under fire from Woods’ camp for his new book The Big Miss.

Haney coached Woods from 2004 to 2010, a period that coincided with the golfer’s 2009 cheating scandal and his alleged stint doing “dry run” Navy SEALs training.

The book’s title uses a term that, on its surface, refers to a game-ruining swing, but Haney also suggests that these parts of Woods’ lifestyle translated to ‘big misses’ in the athlete’s golf career.

Most controversial is Haney’s claim that military training caused Woods’ knee injury in 2007.

“Tiger told me he actually got hit with a rubber bullet in a Kill House exercise,” Haney writes in the book. In an interview with ESPN, he also cited two secondhand sources who told him Woods was injured with the SEALS.

“Haney admits he never had in-depth, personal discussions with Tiger. This self-serving book is full of guesses and false assumptions. Most don’t merit a response, but his stories about Tiger’s injuries are simply not true. Tiger’s injuries, and how they occurred, were exactly as described at the time they happened. Despite repeated claims that this is a golf book, it’s not.”

The Big Miss was released Tuesday. Haney knew he’d get some flack, though he argues that the book mostly puts Woods in a positive light.

The swing coach spoke with CNN’s Piers Morgan in an interview Tuesday night. Haney said that as a golfer, Woods is “an incredible champion,” and as a man, “well I mean, very complex. Very, very complex.”

Haney also said he wrote the book because people constantly asked him about what it was like working with Tiger.

“I came to the conclusion that these were my memories too. They weren’t just Tiger’s memories, and I wanted to talk about them. I wanted to share them,” he said. 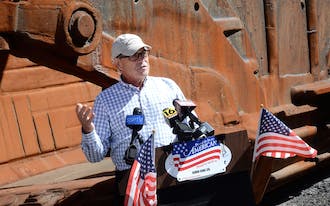 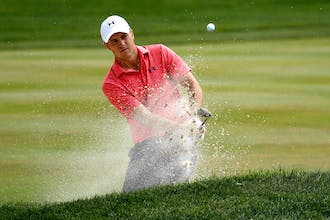