One thing there won’t be talk of: Why was this poor guy wrongly convicted in the first place? We almost never find out exactly why innocent people are wrongly convicted of terrible crimes. Who made the mistake that sent him to prison? Worse still, who made the conscious choice to prosecute him when it was clear he didn’t commit the crime? These questions remain unanswered partly because the case happened long ago but also because usually nobody in authority makes us try to figure them out. So, after the innocent man is freed, we cheer him and wish him well, but that’s all we can do. We accept his incarceration as the cost of doing business in the criminal justice system–and we move on.

This is apparently not going to happen in the Michael Morton case.

On Friday, State District Judge Sid Harle found probable cause to believe that former Williamson County DA Ken Anderson “committed serious misconduct” when he successfully prosecuted Morton (pictured above), an innocent man, for the murder of his wife Christine in 1987. Morton spent 25 years in prison for murder but was exonerated four months ago—and another man has been charged with the crime. Now Harle is asking state supreme court chief justice Wallace Jefferson to decide whether to hold a special court of inquiry to look into the matter—to see whether Anderson tampered with or fabricated physical evidence, among other things. If Jefferson decides we need to find out exactly what happened and why, he’ll appoint a new judge to oversee the proceedings.

How will Jefferson rule? My guess is he will give the court of inquiry a big thumbs up. Yes, Jefferson is head of the state supreme court, which only handles civil matters. But in his eight years as chief justice, he has repeatedly expressed concern for the criminal side of the system, and in particular for innocent people wrongfully thrown in prison.

Every two years Jefferson gives a “State of the Judiciary” speech in front of the state legislature as it convenes, and each time he has brought up the issue. In 2005 he said:

Of course, it is vital not only that we convict the guilty, but that we acquit the innocent … Any wrongful conviction is a tragedy, because it leaves the guilty unpunished and condemns the innocent to prison, or death.

Two years later he called for the legislature to appoint an innocence commission—and showed that he, like many of his fellow citizens, felt quite emotional about being the Wrong Man: “I cannot imagine wasting away in prison for a crime I did not commit.”

Last February he called for legislative action on several civil and criminal justice fronts, from providing more funds for juveniles to providing more lawyers for the poor to making the system more fair. “I commend Senator Ellis for his work on these issues,” he said, “and I commend those of you in this room who will work to pass the bills, and fund the projects, that will ensure no innocent person languishes in our prisons.”

He ended by asserting:

As Texans, we have much to be proud of. Our courts struggle to provide the promptest and most efficient resolutions for litigants. And yet, a system that cannot provide equal access to justice, that does not protect the endangered and the vulnerable; a system that permits politics to take precedence over merit; and one that allows the innocent to remain behind bars–well, that is the reason you are here. I ask you to take action this session.

My prediction: Jefferson will take action on the court of inquiry. I’m guessing that he, like the rest of us (including the Dallas Morning News), wants to know exactly why Morton was railroaded 25 years ago. 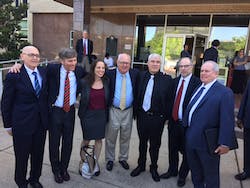 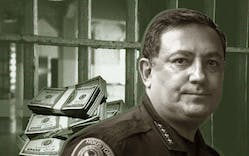 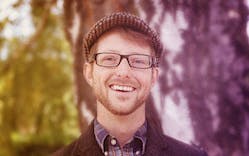