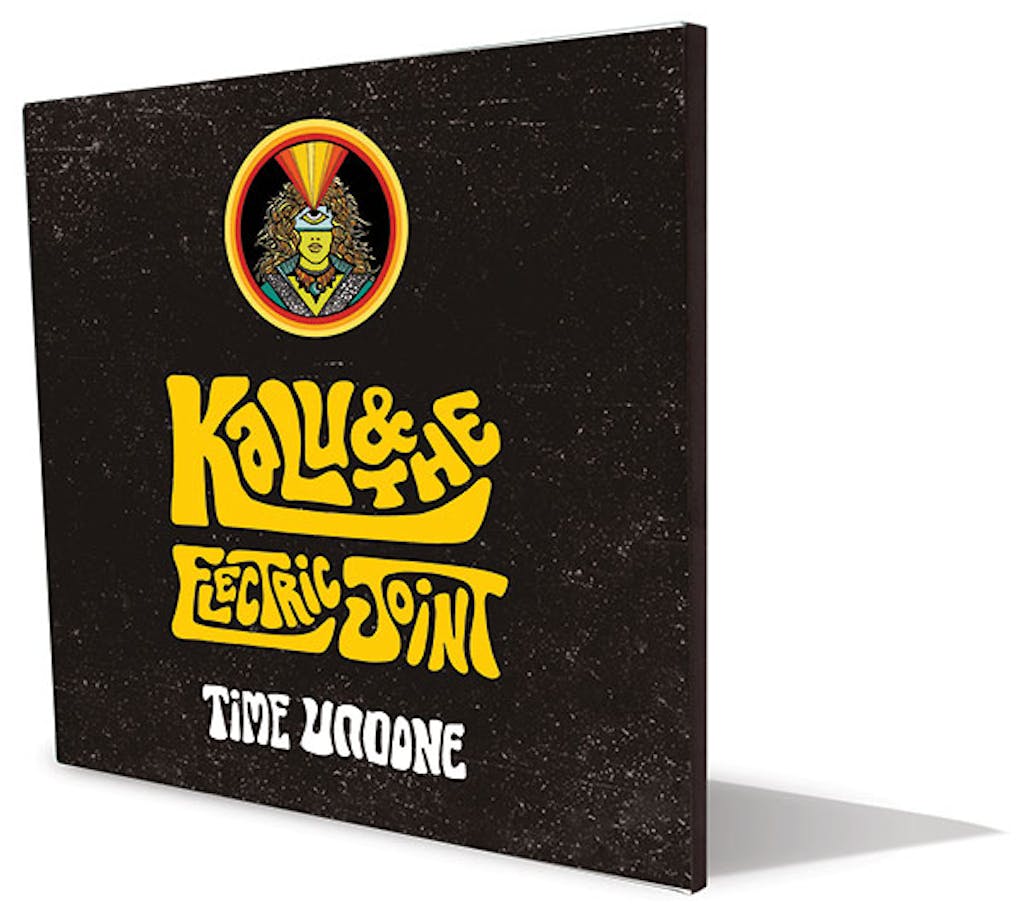 This story originally appeared in the January 2018 issue with the headline “Psych Rock, Meet Nigerian Funk.”

Austin doesn’t need any more psychedelic blues-rock bands. The genre is as central to the “Live Music Capital” shtick as airport guitar sculptures, and local musicians have drunk the same punch since Roky Erickson and the 13th Floor Elevators took their first trip a half century ago. But even if Austin band Kalu & the Electric Joint’s debut album, Time Undone (Spaceflight Records), runs on the blues scale and decades-old grooves, it takes a different kind of trip. It pulls Austin’s sounds into the global diaspora: this is psych rock with more than a dash of Jamaican dub, Southern soul, and Nigerian funk.

Front man and songwriter Kalu James grew up the son of a village chief in Nigeria and moved to Austin to chase the aforementioned Music Capital legend. After a few years of solo gigs—for a while there, he was a treacly singer-songwriter who penned songs with titles like “Fields of Lavender”—he found bandmates who gave his global sensibilities legs and offered a more fitting backdrop for his brawny vocals. The Electric Joints follow his heavy stomps and hip-shaking dances with a bar band’s worn-in ease. On tracks like “Too Low to Get High,” West African guitar slithers into a greasy boogie that would seem right at home at Antone’s. The sonic contrast makes the grandiosely named Live Music Capital of the World feel a little bit worldlier.