Twitter user Abraham Riesman found himself with a lot more than usual to handle Tuesday because of—well—his handle. The New York journalist and producer discovered that his Twitter feed appeared next to a KHOU story about a convicted rapist by the name of Abraham Joseph.

On Monday Houston’s CBS affiliate ran a story about Joseph, a former Houston police officer who had been sentenced for raping a waitress. Alongside the article, they ran a Twitter feed configured to show all mentions of the hashtag #abrahamjoseph. Unfortunately for Riesman it also populated his Twitter feed because his username is @abrahamjoseph.

The feed, which BetaBeat says did not have many inclusions of #abrahamjoseph, instead primarily pulled in @abrahamjoseph’s tweets, making it appear that Riesman was the convicted officer.

It appears this all started when @Katterin227 tipped off Riesman via Twitter. She wrote:

@abrahamjoseph @khou shows your feed next to article about rapist whose name happens to be Abraham Joseph. bit.ly/RLwPwS Sorry, man.

@katterin227 Wow. Um. This is bad. Do you know anyone at @khou? I’m trying to call their assignment desk, but no one’s picking up.

He then begged for KHOU to take down his Twitter feed:

Hey, @khou — I’m not a convicted rapist! Please take my Twitter feed down from this article: khou.com/news/crime/Jur…

Throughout the day, however, Riesman seemed to make light of the frustrating situation, tweeting:

@acarvin My SEO is screwed forever!

Later in the day, BetaBeat caught up with Riesman who said:

This is a classic example of old media folks desperately trying to understand new media and basically falling on their faces. Basic logic dictates that there is no way this is [the real Abraham Joseph’s] Twitter feed. For one: look at my avatar. It’s a really white, red-headed gentleman with glasses and the fact that this is a TV station would convey they have some visual sense of what this convicted rapist would look like. Also, how would I be tweeting? And perhaps even more importantly: why would I be tweeting at midnight about Homeland?

And ironically, as BetaBeatpointed out, on Monday Riesman tweeted:

Guys what I gotta do to get to 900 followers

Guess we now know what it takes:

OKAY! Long national nightmare is over. Embed has been taken down over at @khou. And I got to 900 followers! A net victory for ol’ Abe.

KHOU’s news director called Riesman and apologized for the mishap, which Riesman later said “may be the greatest thing that’s happened to my career.” 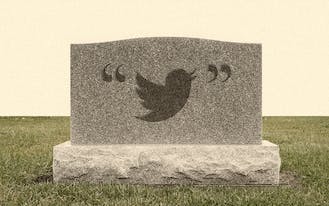 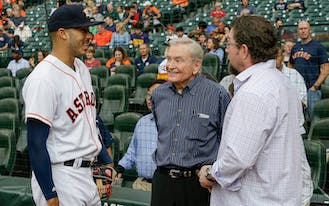