When Tim Rattray opened the Granary in San Antonio’s Pearl district, the street out front, Avenue A, wasn’t even paved yet. That was in 2012. It was his first restaurant and only the third to open at the Pearl. It focused on what he described as “innovative barbecue that’s got a really global feel to it.” Some Texans have enjoyed their unique take on smoked meats, while others think the menu is too innovative to be considered barbecue. Not enough customers of either sort have visited this year, and so Rattray has decided to close the Granary for good as of November 30. “The number of people coming in wasn’t enough to sustain the real estate and other fixed costs,” he said. The restaurant’s staff was notified over the weekend.

“I started this year with a really positive outlook,” Rattray said. “I made some decisions to increase portion sizes and decrease cost with the hope that increased volume would level some of those things out.” By August, Rattray realized the bump in business wasn’t coming. The decision to shutter has been especially hard for him to come to terms with because of how much he enjoys the food they’re producing. “I think we’re probably executing on one of the highest levels we have in seven years,” Rattray said, promising that customers returning for a final meal or two at the Granary this month will “be getting our best effort.”

Rattray’s cooking is unconventional for Texas barbecue. Beef clod, a cut popular in Texas long before brisket, is paired with crispy quinoa and tomato caramel, and plated like no other Texas barbecue before it. Smoked brisket ramen, a dish now celebrated at several restaurants around the state, was unheard of when Rattray added it to the menu. The staff harvests smoked brisket fat from the smoker and uses it to make a “barbecue butter” for frying thick slices of bread. It’s insanely delicious, but the complaints that the bread isn’t free were inevitable.

I’ve always respected Rattray because he has never used sides and sauces as a crutch. The foundation of his menu is high-quality meat that’s smoked well. Some customers felt threatened to find kimchee and rice on the same plate as their brisket, but it’s not that far afield from brisket and dill pickles. The lunch menu is standard barbecue meats and sides, and dinner is when things get more adventurous. I like those dueling identities of the restaurant, which made both our 2013 and 2017 Top 50 lists. We heard plenty of complaints that we were giving a spot to a place that didn’t serve “normal” barbecue, but I’ve never understood why doing something unorthodox should be punished.

In 2013, the late Josh Ozersky wrote an Esquire article titled “I Have Seen the Future of Barbecue, and Its Name is Tim Rattray.” He proclaimed, “The pastrami short rib is better than a short rib, and better than barbecue, and better than pastrami,” and I heartily agreed. A month later in the Wall Street Journal, Ozersky announced “The New ‘Cue is Here,” in the form of the Granary and Smoke, in Dallas, which closed late last year. Ozersky and I had some disagreements about a few assertions he made in that article, but I was ready for more of the “new barbecue” he described. The diversity we now see in Texas barbecue was then still in the future, but the state hasn’t filled up with more places like the Granary and Smoke.

Plenty of factors could explain why that is. Rattray said maybe he’d have been better off leaving “barbecue” out of the name. “If we’d been Granary Smoke & Fire…” he wondered aloud, trailing off. They did drop the “Cue & Brew” off their branding, but too late to make any difference to business. If there was one thing that really did them in, though, it was meat costs. They were getting their chicken from gourmet meat provider D’Artagnan. The Duroc pork ribs ran up to $5 per pound earlier this year, when the Granary was already getting complaints about high prices. There’s plenty of focus these days on high-quality briskets in Texas barbecue, but many joints get to hide a lot of that cost by using cheap pork and poultry to stay profitable. Rattray wasn’t willing to do that.

The closing of the Granary is the latest in a string of challenges at barbecue joints that we’ve heavily praised. Flores BBQ in Fort Worth rebranded to Campo Smokehouse when Michael Wyont left in September. In August, Stillwater Barbeque in Abilene announced it was for sale, though it would continue to operate. John Mueller’s Black Box BBQ closed its Georgetown location last month, and now the Granary joins Flores, Rio Grande Grill, Freedmen’s, and Top 5 BBQ as Top 50 joints from our 2017 list to close.

Rattray doesn’t have immediate plans to open another restaurant. His attentions, and some of his staff, will shift to Fontaine’s Southern Diner, another San Antonio restaurant he opened in June. They don’t have plans to add barbecue to that menu, but Rattray will need to find a smoker for its popular BLT. “All of our bacon is smoked and cured at the Granary,” he said. I asked if, given his experience, he’d ever want to open another barbecue joint. He paused, then said, “I love barbecue, and I love smoking meat, but the way I wanted to do it didn’t work out.” 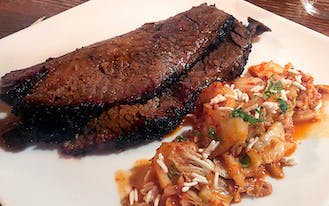 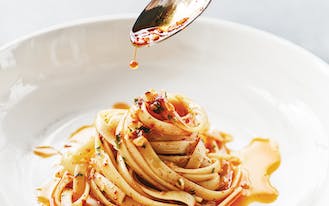 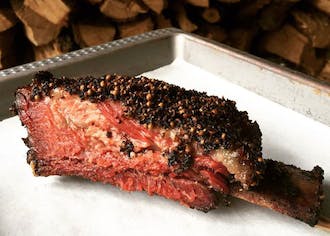 The Best Pastrami in America 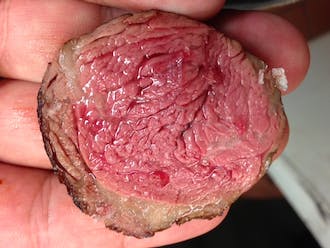