The Paycheck Protection Program was included in the $2 trillion CARES Act passed by Congress on March 26. It’s a $349 billion chunk meant to provide funding for small businesses to cover eight weeks of their own payroll. The Treasury Department was still changing the rules when the applications went live last Friday. Bank of America was initially lending only to current BofA “borrowing clients,” leaving many of their customers out in the cold. By Sunday, Wells Fargo announced on Twitter that it had “reached lending capacity” and wouldn’t take any more applications. The Wall Street Journal reported huge restaurateurs were exploiting loopholes to request funding meant for small businesses, and Tuesday it was reported that President Trump removed Inspector General Glenn Fine from his post as the watchdog for the bailout program. Other than that, the program’s launch was going swell.

“I don’t know anybody who has gotten their money,” Dusty Miller said with a nervous laugh. He’s a CPA and the co-owner of Miller’s Smokehouse, in Belton. He gave me plenty of details about the program before it launched last week. He was incredibly hopeful for his business and others, but then he watched the rocky rollout over the weekend. It all worked out, though. “We are getting funded this week,” was the message Miller sent me Tuesday evening after hearing from his bank.

That’s not the consensus I’ve found among other restaurant owners who have been able to apply. They’re all just keeping their fingers crossed. Gaylan Marth of Big Boys Bar-B-Que in Sweetwater filled out an application, but hasn’t heard back if it was accepted, and Lockhart Smokehouse in Dallas said the same. 4T’s BBQ in Forney was worried it could take 2-3 more weeks to get the funds. Joe Zavala of Zavala’s Barbecue in Grand Prairie filled out an application on Thursday with his bank. He told me via text that the bank received a new application from the government over the weekend, so he had to fill that one out.

If you’re unfamiliar with the PPP, it’s essentially the government’s attempt to keep small-business workers employed. Businesses can apply for up to 2.5 times their monthly payroll, and most if not all of the loan will be forgiven if at least 75 percent of the funds are used for payroll expenses. The federal government is providing the loans in the hopes that it can keep businesses open and keep workers from applying for unemployment. In the last two weeks of March, nearly 10 million people applied for unemployment benefits.

The big issue is that the PPP is a Small Business Administration program, but it relies on individual banks to handle the applications. Given the limited funds, the prospects for a small-business owner actually securing a loan depend a lot on whether the owner has the right relationship with the right bank. For instance, if a small business has done all of its banking through Wells Fargo but hasn’t yet submitted an application, it will have to go to another bank where it’s not a customer to try to secure an application there instead. (Fortune provided a list of the banks currently providing PPP loans.)

“If you read a lot of the guidance, it said ‘first come, first served,’ which is not cool,” Miller said. As of Monday afternoon, the SBA had “assigned 130,000 loan numbers with a value of over $38 billion,” CNBC reported. At that average, the $349 billion in funding will dry up after about 1.2 million small businesses apply. It’s estimated that Texas alone has 2.7 million small businesses. Seth Levine and Elizabeth MacBride wrote an op-ed for CNBC about their proposed solutions for the PPP, but they admitted “it’s likely this aid will leave many [small businesses] out entirely.”

There are already rumors that more funding is on the way. Politico reported on another economic package for small businesses that might be coming by the end of the week. That might be comforting to some businesses that are still profitable, but that’s not the case with most restaurants. They need funding quickly if they’re to remain open and pay their staff. A group of chefs calling themselves the Independent Restaurant Coalition is making that point in a letter to Congress. They proposed four major changes to the CARES act, including fixes to the PPP loan program. Naomi Pomeroy, part of the coalition, said, “We are grateful to be able to pay our employees for eight weeks and just want to ensure they’ll still have a job when our restaurants can reopen.”

Theoretically, there is still money to be had for small businesses through the PPP. I would still encourage restaurant owners with fewer than five hundred employees to apply for the loan, which if spent properly equals free money from the government. It might be a challenge to secure the funding, but it could help push some of your worries out a couple of months. Last week Miller told me he hoped the PPP would be “a saving grace for many restaurants.” Now many are left praying that they’ll just get their fair share.

Dusty Miller also suggested some other avenues of relief for restaurants: 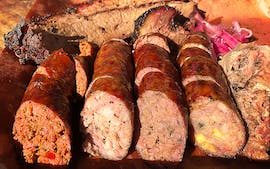 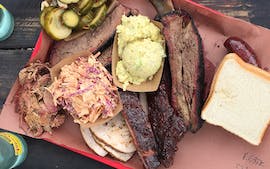 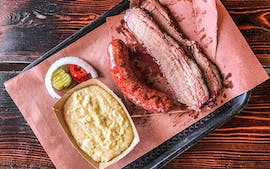 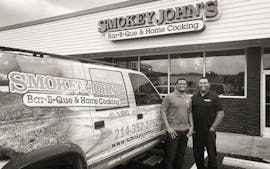