With so much barbecue fluff on television these days, it was nice to see a serious discussion of smoked meat on . . . The Simpsons? The writers obviously did their homework for last night’s episode. Homer bought a smoker shaped from a meteor (that looked a lot like a kamado cooker), and he was careful to differentiate it from a grill. In the episode, Homer’s hickory-smoked pork ribs become immediately popular in the neighborhood, and the situation quickly escalates into a barbecue competition on the fictitious Chew Network.

Everyone can probably guess the result of the “Eat Down” competition (modeled after the Food Network’s Throwdown With Bobby Flay), but the Flay spoof character–named Scotty Boom–and Alton Brown as a judge made for some hilarious lines. Here are the ten best moments, in order of appearance, from the episode.

1. “Mmmm…Smoked meat.” – Homer as he smells barbecue from across the highway. 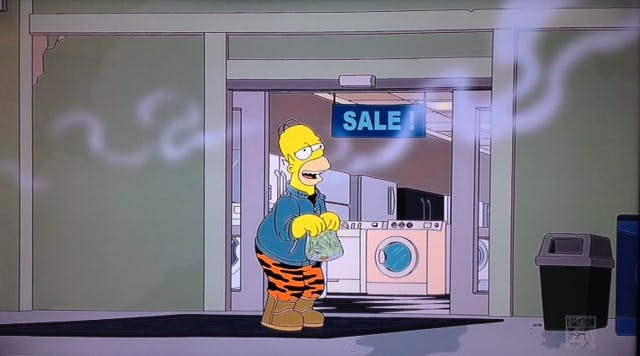 2. “A roadside barbecue stand? Everything tastes better when it’s near a road.” – Homer 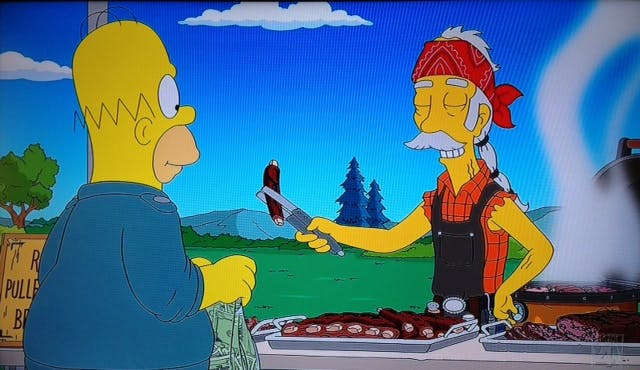 3. “Me and my old lady are saving up to live our dream of living further away from our grandchildren.” – The greasy hobo explaining to Homer why he’s willing to sell his smoker. 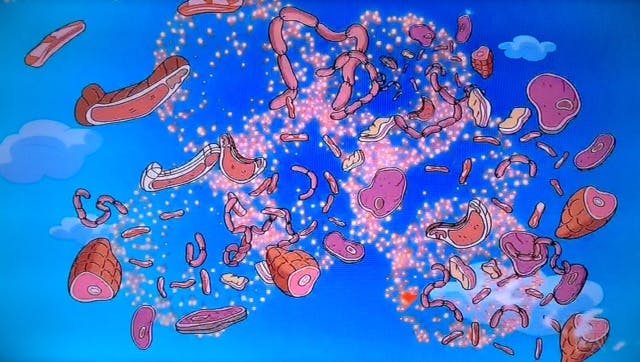 4. “It’s not a grill. It’s a smoker that you can grill on.” – Homer describing his new purchase to his family. 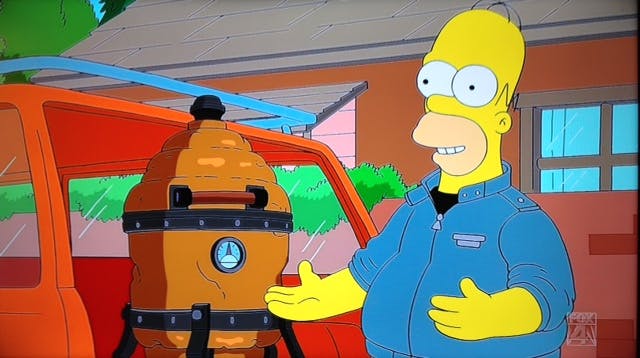 5. “The secret to barbecue is sitting around doing nothing. No wonder I’m great at it.” – Homer 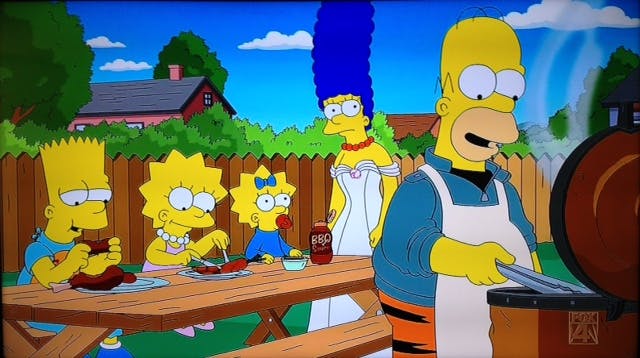 6. “I suppose this is my last chance to say I love you.” – A rack of pork ribs before Homer puts them on the smoker. 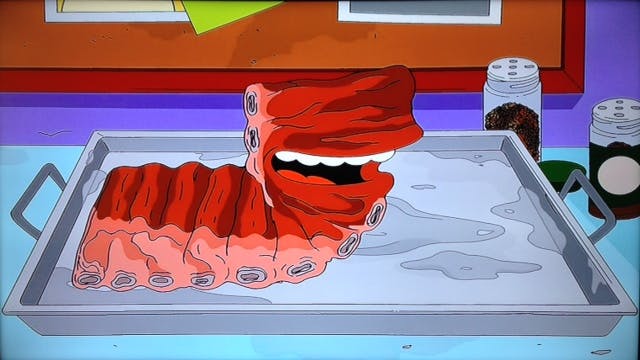 7. “All that’s left is the smell of hickory and four tiny little wheel prints.” – Homer crying over the spot where his stolen smoker once stood. 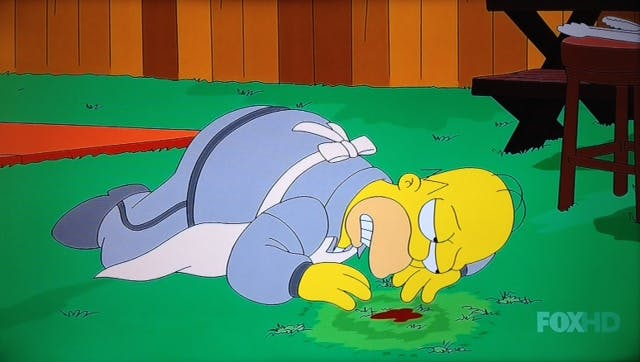 8. “The whole barbecuing scene is pretty pro-meat, and all that smoke pollutes the environment.” – Lisa.

“This isn’t about your boyfriend, the planet.” – Bart’s response. 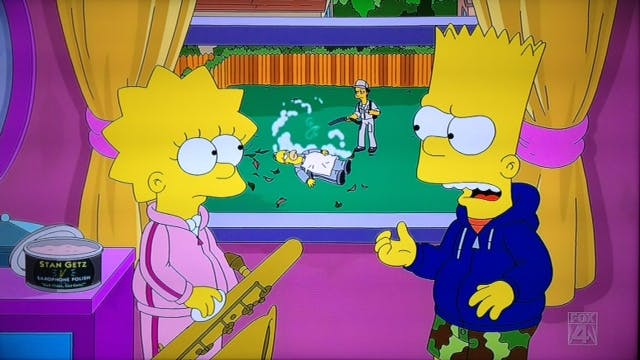 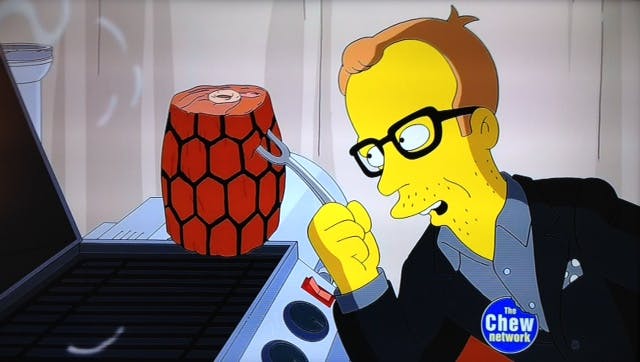 10. “Bones, bones. I’m covered in death!” – Lisa after being covered by a dumpster’s worth of rib bones. 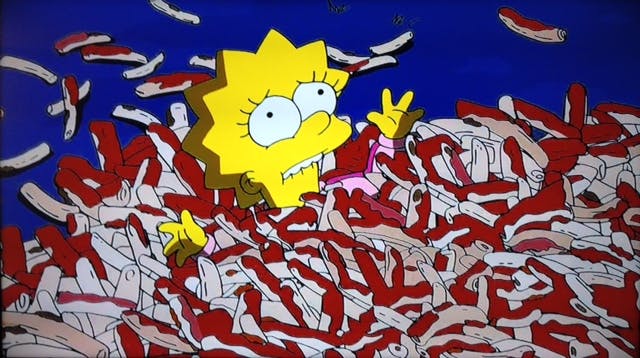