Former UT regent Charles Miller provided additional information about UTIMCO’s performance as well as the payment of bonuses. As was the case with his previous comments, I am publishing his communication exactly as he wrote it. I think Zimmerman and UTIMCO made several hundred million dollars in profits ($400 million est.) in the year ending June 2008 for which investment performance bonuses were paid. Bonuses were not paid for a period in which those funds lost value. However, bonuses earned in that earlier period were paid out during a period in which short term losses were substantial. During the previous years, ending in 2007, the endowment assets earned substantial returns, nearly doubling (100%) in five years and over 50% in three years, consistently earning BILLIONS of dollars of returns for the endowment funds. The fourth quarter of 2008 was indeed one of the worst quarters in stock market history as was the entire year. This is a time to analyze investment strategies carefully and objectively, not emotionally in the way the Senate Finance Committee undertook to do. What are their plans to deal with these severe circumstances? What are their plans and what is their record in financing higher education? As I understand it from Mr. Miller’s letter, UTIMCO paid out $3 million in bonuses on a gain of $400 million. The fraction of the gain represented by bonuses is .0075, or three-quarters of one percent. Another way to look at this is that for every dollar paid out in bonuses, UTIMCO earned $133 million. Even the most ranting, raving populist can hardly complain about this rate of return — much less the governor and lieutenant governor. Now that Perry and Dewhurst have had their fun at Mr. Rowling’s expense, the question is whether this incident will have legs. I think it will. It isn’t smart to ambush billionaires. Robert Rowling is no owner’s box type, whose political donations come with expectations of favors. He was a volunteer contributing time and money. I think that Rick Perry will have a harder time raising money in certain circles–say, the Dallas and Houston ultra wealthy–and I think that he will lose stature. I bet that Rowling and Ned Holmes and other Perry appointees who switiched to Hutchison will redouble their efforts to see that she is elected. As for Dewhurst, who played his part in laying this ambush, he doesn’t have a lot of friends among the big donor crowd, and Rowling was one. Was. It’s just another case of Dewhurst having two left feet when it comes to political instincts. Sure, he’s cozying up to Perry in the hope that Perry will appoint him to the Senate vacancy. Here’s what I think: There isn’t going to be any Senate vacancy. If she wins the primary, why should she give Perry the appointment? She will resign her Senate seat effective at the “So help me God” of the oath of office. And she’s not going to appoint anybody who endorsed Rick Perry against her, ever. 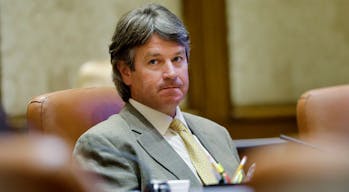 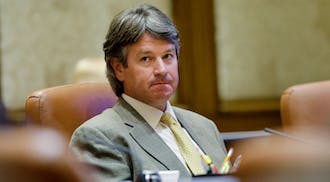