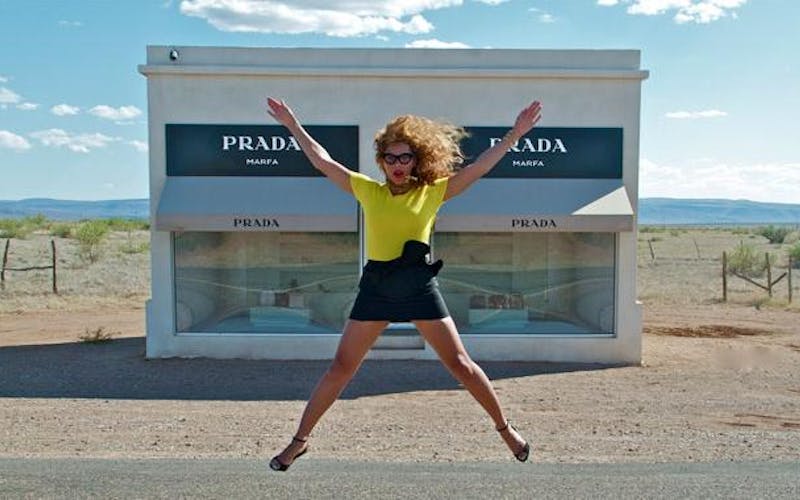 Beyoncé Knowles, one of the world’s most powerful and influential musicians, was born and raised in Houston, where she attended Parker Elementary, a music magnet school. Our first story about her appeared in 2004, with Michael Hall’s profiled “It’s a Family Affair.” Hall noted that her Texas pride was on full display even at a young age when, after winning a Sammy Davis Jr. Award at a citywide talent show, she went up to the mike and said, “in a little voice: ‘I would like to thank the judges for picking me, my parents, who I love—I love you, Houston!’ Then she blew a big kiss.”

Since her talent show days, Beyoncé has exploded into a globally recognized icon, and an essential part of her image stems from her Texan roots. Her mother, Tina, owned Headliners, a salon in Houston, and she styled the hair and makeup of Destiny’s Child, the famous girl group Beyoncé led. Tina told Hall that no one at Columbia “got us. They’d say, ‘ Tina, these girls, they’re so Texas. Can you lay off the makeup and the big hair and high heels?’ But I love big hair and makeup. We here are different than anywhere else in the world. Women here are so well put together.”

After Destiny’s Child disbanded in 2003, Beyoncé released several solo albums and has had numerous Top Ten singles, including “Single Ladies,” which had a critically-acclaimed video. Beyoncé has sold more than 75 million records and has won multiple Grammys. She has also acted in a number of major films including Austin Powers in Goldmember (2002), Dreamgirls (reviewed here), and Obsessed (2009). She is married to hip-hop mogul Jay-Z, and in January of 2012, Beyoncé gave birth to their daughter, Blue Ivy, named after one of Jay-Z’s albums and the Roman numeral IV, Bey’s favorite number.

Beyoncé continues to travel to Texas, and the pictures of her August 2012 vacation in Marfa caused a small media storm, with some fans breathlessly gushing over every frame and others sniping that “the magical thing about Texas is that everything bright-colored becomes Art against the state’s washed-out sandscape backdrop.”

Beyoncé beautifully sang (or should we say lip-synced?) the national anthem at Obama’s second inauguration, and won the 2013 Super Bowl a little over a week later with her halftime performance, which included a Destiny’s Child reunion.