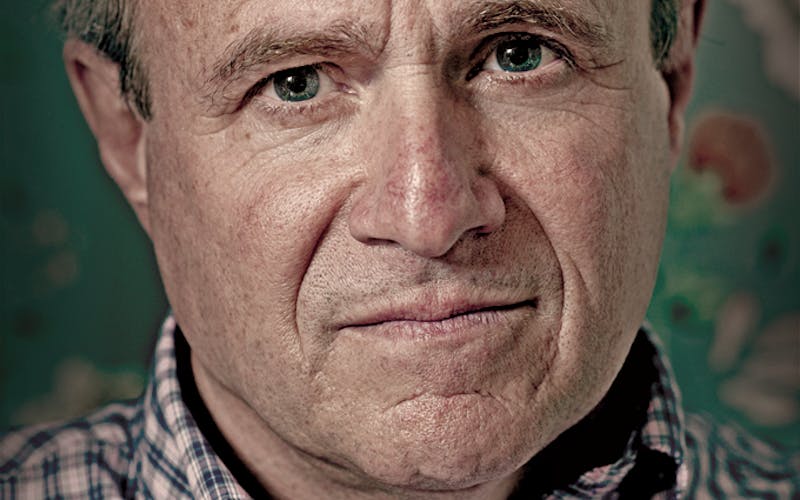 Michael Morton was wrongfully convicted in 1987 of murdering his wife, Christine. After serving nearly 25 years in prison, he was exonerated by DNA evidence in 2011.

Christine Morton was at home, asleep, when she was bludgeoned to death in the early morning hours of August 13, 1986. An investigation by the Williamson County sheriff’s department quickly zeroed in on Michael as the suspect. Though he had no criminal record, no history of violence, and no obvious motive, he was arrested six weeks later. Michael always maintained his innocence, insisting that nothing had been amiss when he left for work at 5:30 a.m. on the morning of the crime. In February of 1987, a jury convicted Michael of murder after hearing a case based entirely on circumstantial evidence and a faulty estimate regarding the time that Christine was killed. He was sentenced to life in prison.

In 2005, the Innocence Project took on Michael’s case. For five years, his attorneys requested that Williamson County conduct DNA testing on a bloody bandana that had been discovered behind the Morton home the day after the murder. An appellate court ordered that the testing go forward in 2010. The following year, DNA testing detected Christine’s blood intermingled with the DNA of an unknown male, who was later identified as a Bastrop dishwasher named Mark Alan Norwood. Michael’s DNA was absent from the bandana. Michael was released from prison on October 3, 2011, and was subsequently exonerated. Norwood was arrested later that fall and indicted for Christine’s murder.

An investigation conducted by the Innocence Project showed that Williamson County had been in possession of several documents that suggested that Michael was innocent. They included a transcript of a conversation between Christine’s mother and an investigator regarding comments that the Mortons’ three-year-old son, Eric, had made about witnessing the murder. Eric had insisted that his father was not present during the killing and that a man with a “big mustache” had murdered his mother. Former D.A. Ken Anderson was subsequently the subject of a 2013 inquiry into whether or not he withheld evidence from the defense and broke the law. A ruling is expected shortly.

On March 27, 2013, Norwood was found guilty of Christine’s murder and sentenced to life in prison.