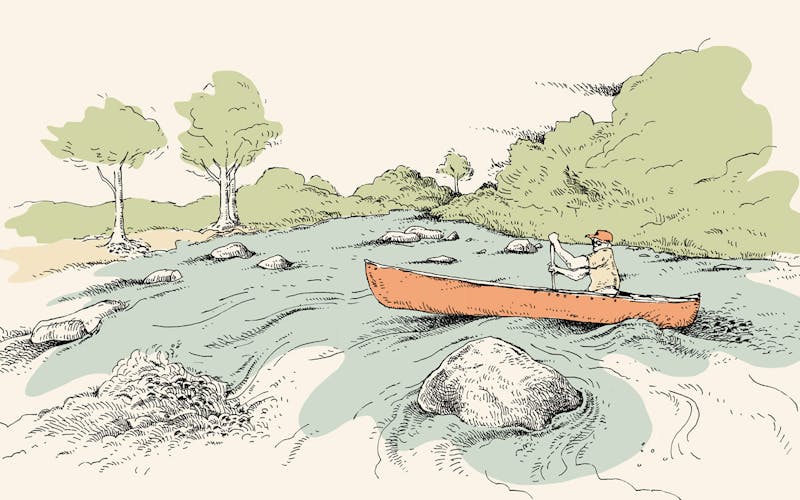 I don’t think I’ve ever been quite so happy as when I first floated down the Guadalupe River. Not just to be living in Texas but to find that so much of it is a paradise of green hills and cool water and nothing like the mental image I formed watching westerns filmed in the dry Southwest. Of course, millions of people have made this discovery, and every Central Texan is eventually baptized in the Guadalupe’s waters. Whether you want to swim, kayak, fly-fish, or simply be part of the joyful throngs of tubers who crowd the river in the summertime, the Guadalupe is the place. Amazingly, this jewel of the Hill Country remains largely untarnished by its popularity. Most of the fun takes place between Canyon Lake and New Braunfels, but only a few miles north you can be far from the madding crowd and still less than an hour’s drive from San Antonio. The section between Nichol’s Landing and FM 311 is particularly gorgeous and has excellent access, though the climb up to the road at the take-out is pretty steep. The river moves past high limestone bluffs, through avenues of bald cypress, and over a number of rapids that can be quite a thrill if the river is running well (at least 500 cubic feet per second, though it can be run at as low as 150 cfs). Fishermen can expect to find all kinds of bass as well as crappie, catfish, and sunfish. If you wish, you can extend your trip another 4.5 miles to Rebecca Creek Road. But don’t bother going below that, and be careful not to be swept into the low bridge, the nemesis of many a canoe.