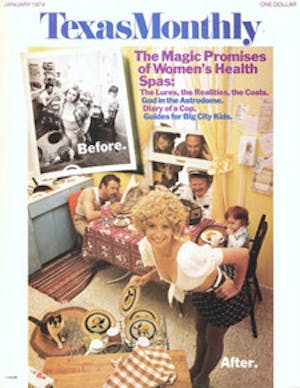 ON OCTOBER 9, FEDERAL JUDGE A. Sherman Christensen dropped the second shoe in the Telex-IBM case, and the thud confused Wall Street more than the deadline for negotiated commissions.

Judge Christensen, sitting in Tulsa, Oklahoma, announced that he had erred in his original decision to award Telex $352 million from IBM, which had been accused of unfair competition and restraint of trade. He said there were substantial errors in the computation of damages in the case, prompting one wag to remark:

“The biggest case in the history of computers, and they can’t even compute the damages correctly.”

At this writing the decision is still up in the air, and that indecision has given Wall Street apoplexy. For a decade money managers have enjoyed an IBM security blanket. The giant computer company represented the epitome of the top tier of a two-tiered stock market. The presence of IBM and the other stocks on that top tier made investment decisions rather simple.

Controlling 70 per cent of the burgeoning computer mainframe business, IBM has compounded its earnings at a 15 to 20 per cent pace for as long as anyone can remember. Compared to its competition, IBM was a head, shoulders, and navel standout. That’s why the cast for the computer industry is called: “IBM and the seven dwarfs.”

The company was doing well, but not as well as the price of its stock. A number of fortunes are based on the continual ascent of IBM’s price. The stock would go up 25 per cent and split. Up another 25 per cent the next year, then another split. At that rate, a few years produced 1000 per cent profits. Sell it? “Don’t be silly. I’d rather sell my wife!”

Such action was tailored for money managers, and they learned to use IBM as monopolistically as Standard Oil carved up the country in pre-Sherman Anti-Trust days. Rudimentary investment philosophy tells us that stock prices are directly related to demand and supply. When insatiable demand overwhelms existing supply, prices inevitably work higher. When Judge Christensen rendered his initial decision against IBM, the company had 145 million shares outstanding. More than half of those shares were owned by institutions. The “to whom” implications are staggering.

There was a real two-tier system in computer stocks. IBM was worth 40 times earnings while the rest of the computer companies were worth, collectively, maybe 10 times earnings.

“Buy the dominant company in a rapidly expanding industry and ignore all the rest.”

That was the professional investment philosophy, adhered to with such uniform fealty by money managers that a roll call at an institutional investors conference was answered with a series of “baaaaaas.”

The two-tiered market was tangible. Not only could investors see it, they could feel it, right in the portfolio. Most investors don’t buy stocks selling over $100 per share, and that put IBM, Polaroid, Xerox, Eastman Kodak, and a number of other top-tier stocks out of their reach. The institutions had that thin field to themselves, and they took blood oaths not to sell those stocks, only buy them.

The Standard and Poor’s 500 stock index was up more than 15 per cent in 1972. Most investors didn’t benefit, however, because more than two-thirds of that advance was in 25 issues. Five per cent of the list accounted for almost 70 per cent of the gain. The bursting point of that bubble was lowered somewhat by Judge Christensen’s original decision against IBM. Suddenly, the very domination of an industry that is so important to top-tier stocks began to carry with it some rather dismaying anti-trust implications. At first, the weakness was confined to IBM and that other hoary growth number, Xerox, but it quickly spread to the other sacred cows on the top tier. A few days after the market had turned up, there were six new lows for the year. Three of them were IBM, Xerox, and Eastman Kodak. Sacrilege!

About the same time these top-tier stocks were making new lows for the year, American Standard, a leading manufacturer of bathroom fixtures, was making a new high. Potties over computers? Don’t be absurd.

But the “one decision” approach to investing was at least in doubt. The technique was simple. Every morning portfolio managers would go to their offices and decide whether to buy IBM, Xerox, Eastman Kodak, A von Products or one of the other top-tier numbers on the institutional favorite list. Having committed several hundred thousand dollars to the stock on which the dart landed that day, each adviser knew he would never have to make another decision about that particular investment since selling would be a clear violation of the code. The only decision to make was whether to play tennis or golf the rest of the afternoon.

But if that top-tier number was down 20 per cent two days after the purchase, those good old boys who supplied the money the institution committed to the position might begin to wonder whether the portfolio manager might be better off at his desk rather than double faulting or slicing out of bounds.

Much of the money used to buy top-tier stocks comes from pension and profit-sharing plans, which now, collectively, have a net inflow of new money each month of some $1 billion. If the money from the Sperry Rand pension and profit sharing contributions is invested in IBM to the exclusion of all other computer companies, IBM will continue to go up while Sperry Rand and the other six dwarfs will continue to languish.

The General Motors employee pension and profit sharing plan is one of the largest, but who buys the motor stocks today? That’s why General Motors sold at eight times earnings while IBM was at 40 times earnings. Such is life on the top and second tiers. The weakness in IBM as a result of Judge Christensen’s decision, however, could be fatal to the top tier. As long as “one decision” investing produces the performance necessary to pension and profit sharing actuarial tables, nobody is going to complain too much. But if performance falters, some contributors might discreetly suggest that money managers consider some other investments on the second tier, like their own stocks, for instance. Reciprocity will live again.

But the system has been so successful, it will die hard. During the decline of IBM after the Telex award, a top Wall Street analyst visiting Texas said, confidentially:

At that time Morgan Guaranty owned 4.5 per cent of IBM’s outstanding stock. That’s some 6.5 million shares. Obviously, the bank can’t sell. The selling would drive the stock down too much. After all, a 10 point decline in IBM wipes out $65 million worth of market value held by Morgan Guaranty. Since they couldn’t sell, they had two choices, hold or buy. Since the institutions are practically the only buyers of IBM, any decision to hold the stock will also result in a declining price. There’s always a seller, and if there are no buyers, a stock goes down. Morgan Guaranty was and probably still is buying IBM. If they sell or hold the stock goes down. They have no choice.

Multiply Morgan Guaranty’s problem by all the other trust departments, mutual funds and other managed accounts subscribing to the two-tier, one-decision philosophy, and the corner into which they have painted themselves is clearly defined.

“I’m not going to sell,” a trust officer says, “but I don’t trust that sonofabitch across the street.”

Whether there are going to be two tiers or one depends on how steadfastly ranks hold. And right now, that’s anybody’s guess.

Money managers have shown strong bovine proclivities in the past. Perhaps the flock instinct will be strong enough to support the top tier in perpetuity. In that case this storm will soon pass and the top tier will remain a restricted Olympus from which the chosen few gaze down at the vast multitude of stocks below on the second tier. But if very many maverick managers decide to sell the sacred cows to take advantage of the solidarity of their peers, the cracks will become fissures, and the last institutional dutch boys to pluck fingers from the dike will be engulfed in a flood of selling that could halve the prices of some top-tier stocks.