Fans in Texas of the ground beef product that’s been dubbed “pink slime”—a low-fat, highly processed slurry of meat from different cows and cow parts that is usually processed with ammonia to destroy any possible bacterial contaminants—might be out of luck, at least if they want to eat locally-sourced slime. Following loud public outcry over the meat, the South Dakota company Beef Products, Inc. closed down its plant in Amarillo, as well as processors in Garden City, Kansas and Waterloo, Iowa.

Now Rick Perry and officials from four other states are rushing to Beef Products’ defense. Perry, Kansas governor Sam Brownback, Iowa governor Terry Branstad and the lieutenant governors of Nebraska and South Dakota were in South Sioux City, Nebraska Thursday, touring one of Beef Products’ remaining plants and sampling burgers containing the product for the cameras.

As Tim Eaton of the Austin American Statesman reported, “officials said they felt it was important to counter myths and misconceptions about ‘lean finely textured beef.'”

“As governors, we owe it to the people of our states and their employers to ensure no industry succumbs to misinformation and false reports, many driven by ideological opponents with a clear agenda,” Perry said in a statement. “Members of the media owe it to consumers to report the facts, so let’s call this product what it is and make ‘pink slime’ a term of the past.”

Proud to be with @GovernorPerry today standing up for Americans who are out of work due of myths about our food supply tiny.cc/lp6xbw

Staples dismissed concerns about the use of ammonium hydroxide, Eaton reported, saying the substance was equally common in cheese and bread, and that “the hysteria over the product has him concerned for the Texas beef industry.”

“As we’re trying to rebuild our herds, it provides a disincentive to reinvest when you have sensationalism,” Staples said. (Ironically, terms like “hysteria” and “sensationalism” have also been applied by some to Staples’ border security website.)

The Daily Show weighed in on the pink slime story Wednesday, with Jon Stewart noting that the push to keep the cheap processed food out of the food supply means some meat plant workers will lose their jobs.

“We’re a pink slime-based economy!” Stewart said. “So by not putting pink slime in my kids’ mouths, I’m taking slime out of the mouths of the kids of hard-working slime packers, just trying to put slime on their family’s dinner table. I feel guilty and nauseous!”

But Kansas rancher Mike Callicare (who bills himself as a “rancher’s advocate, people’s advocate, animal’s advocate” on his blog, No-Bull Food News) points out that the super low-fat meat isn’t even especially nutritious, and that if beef prices were to rise because of its elimination, that is only because they were made artificiallly low by the dubious practice of “Advanced Meat Recovery” (the process invented by Beef Products founder Eldon Roth) in the first place.

“Meat byproducts that had been going into pet food were now going into people food,” he wrote of pink slime’s invention. “Huge profits were rolling in.”

“The ‘fat is bad’, ‘food should be cheap’, ‘Wall Street is the economy’, ‘only an industrial food system can feed the world’ mentality, reminds us of how science, poor judgment and industry controlled government agencies can lead to some very bad outcomes,” Callicare continued. “It is time to open the farm and ranch gates and packing house doors, fully revealing our food system to the public.”

Below, AP video of the Governors’ tour of the meat plant (and their press conference). 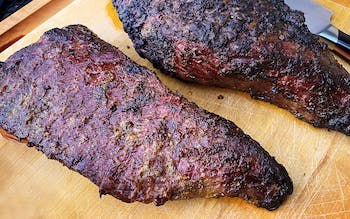 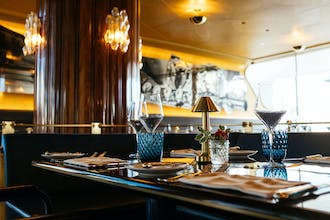