The Texas/Mexico border sits at the epicenter of our nation’s ongoing fights over immigration. To avoid overlooking the hugely significant news emanating from the region, we’ll periodically round up the stories most worth your attention.

1. Bodies Found Along the Rio Grande.

On Sunday, Hidalgo County sheriff Eddie Guerra announced on Twitter that four bodies—three children and a 2o-year-old woman—had been found near Mission in the Rio Grande Valley.

BREAKING NEWS: Deputies are on scene by the river SE of the Anzalduas Park in Las Paloma Wildlife Management Area where Border Patrol agents located 4 deceased bodies. Bodies appear to be 2 infants, a toddler and 20yoa female. Deputies are awaiting FBI agents who will be leading. pic.twitter.com/2qPCYDjZBu

The bodies were discovered by Border Patrol agents in a brushy area along the Rio Grande—but the details beyond that are still scarce. We don’t know how they died, or how long they were there before they were found (early reports indicate that they may have been there a while). Though crossing under the cover of night is dangerous, attempting to enter the country legally through the asylum-seeking process can also be perilous: according to an NBC News report in late May, at least seven children died in U.S. custody in the past year.

The past few weeks have contributed to an ongoing debate over whether it’s appropriate to call the detention facilities in which migrants are held “concentration camps.” According to the dictionary, it’s accurate—but some contest whether recalling Nazi camps where people deemed undesirable were intentionally murdered is appropriate when discussing facilities in which the deaths that occur appear to be the result of inadequate medical care.

Regardless of what “never again” means to you, though, the conditions in the camps in which migrants are held are reportedly bad, and getting worse. According to lawyers interviewed by the New York Times, infants in the facility in Clint—near El Paso—are left in the de facto care of children who, in other circumstances, would just be learning to read chapter books.

Children as young as 7 and 8, many of them wearing clothes caked with snot and tears, are caring for infants they’ve just met, the lawyers said. Toddlers without diapers are relieving themselves in their pants. Teenage mothers are wearing clothes stained with breast milk.

The Associated Press has reported additional details of kids being tasked with taking care of kids. “A 2-year-old boy locked in detention wants to be held all the time,” the news service reports. “A few girls, ages 10 to 15, say they’ve been doing their best to feed and soothe the clingy toddler who was handed to them by a guard days ago.” Meanwhile, the Trump administration argued this week before the 9th Circuit Court of Appeals that its requirement to provide “safe and sanitary” conditions did not necessarily include offering soap or toothpaste.

After the conditions came to light, a number of children were transferred out of the facility—but by Tuesday afternoon, one hundred of them were returned to the camp without explanation.

Border Patrol offered no official comment to the Times or the AP, but there’s a simple way for the agency to ensure that Americans have accurate information as to the conditions in the camps: They could allow media to tour the facilities and conduct interviews.

As of last August, 73 percent of detained migrants are in privately-owned facilities, with more than $800 million in contracts awarded to just two companies (GEO Group and CoreCivic).

On the subject of the profit motive, employees of furniture website Wayfair.com are urging the company to cancel a furniture order of $200,000 from San Antonio-based non-profit BCFS, which will operate the detention facility in Carrizo Springs. More than five hundred staffers signed a letter to Wayfair executives asking them to “take a stand against the reprehensible practice of separating families.” Executives said the company would continue to sell furniture to BCFS, in part to honor “diversity of thought.”

Wayfair employees are now planning a company-wide walkout planned for Wednesday afternoon—an action that suggests a new frontier of public pressure against the conditions of the camps could come from within the companies whose products make detention possible.

The choice of Wayfair as a vendor is unusual, too, in that the least expensive twin beds on the company’s website cost $69—more than double the cheapest beds one could find from Walmart. At a time when those same facilities are unable to guarantee migrants soap and toothbrushes, Wayfair seems an unlikely extravagance.

All the border- and immigration-related calamity came to something of a head by Tuesday morning, when John Sanders, acting head of Customs and Border Protection, announced his resignation. According to an unnamed source who spoke to the New York Times, “it was not clear whether the impending resignation was connected to recent criticism.” In any case, the next acting head of CBP—the parent agency of ICE and Border Patrol—is expected to be Mark Morgan, who currently holds the same role at ICE.

Per DHS official, Mark Morgan has been picked to take over CBP and Matt Albence is now back as acting director of ICE.

Morgan, in a January appearance on Tucker Carlson’s show on Fox News, told the host that he had the ability to identify future MS-13 gang members by staring into the eyes of children. “I’ve been to detention facilities where I’ve walked up to these individuals that are so-called minors, 17 or under,” Huffington Post quotes Morgan as saying. “I’ve looked at them and I’ve looked at their eyes, Tucker—and I’ve said that is a soon-to-be MS-13 gang member. It’s unequivocal.”

Morgan will now be responsible for an agency nearly double the size of ICE. 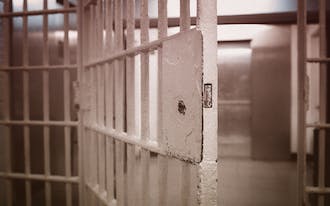