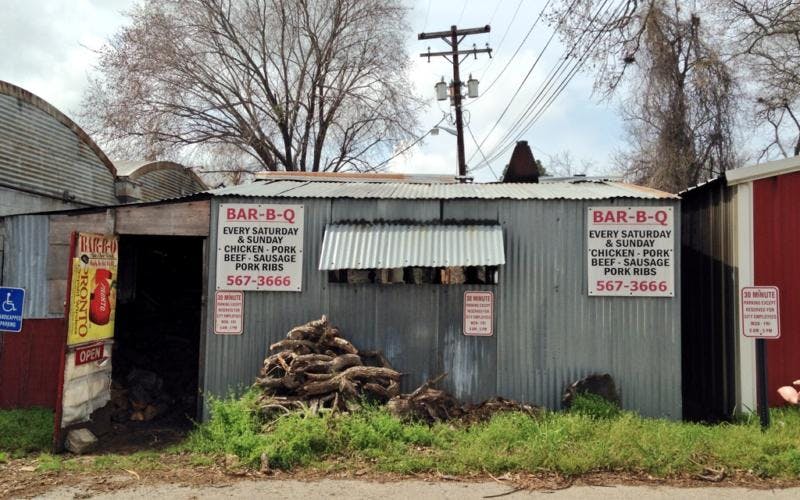 All we can conclude is that Matus’s customers must prefer the tasty crust and fat removed from their brisket, because there was barely a speck of either left on the slices. The meat had been pre-trimmed (but sliced to order), and it was hard to tell that it had even been near a puff of smoke. It tasted exactly like Sunday pot roast and was chewy to boot. We abandoned it and turned to the pork butt, which was about as different from the brisket as it could possibly be. A dark red seasoning rub coated the pieces, which were small and sort of gnarly looking but proved to be surprisingly moist and satisfyingly smoky. Next came the chicken, which had a medium-brown smoky exterior and juicy meat on the inside, but seemed a little deflated, like it had off the heat for a while.