This week’s video that the Internet lost its mind over was shot aboard an American Airlines flight. The clip shows a man repeatedly punching the back of the seat in front of him because his fellow passenger had committed the sin of reclining. His rage at the intrusion into his cramped space went viral and spawned seemingly equal numbers of people declaring him either a hero or a villain.

You may be in the camp that thinks the woman who reclined her seat belongs on an express flight to the Bad Place, or you may number among those who believe a grown-ass man resorting to physically expressing his frustration is emblematic of societal decay.

Honestly, it doesn’t matter, because there is only one core truth here, and it is this: Air travel—whether you are flying the friendly skies of United or the budget skies of Southwest or the nondescript skies of American—is not pleasant. If you’re Beyoncé in a private jet, it’s probably nice. If you’re Beyoncé’s hairstylist, and you fly first class, it’s okay. But the way most of us travel—in coach seats, smooshed together in a giant tube at 30,000 feet—doesn’t lend itself to comfort.

This truth has led some to blame neither the punching man (his space is being intruded upon!) nor the reclining woman (the seat is built to recline!). Instead they blame the airline for packing in human beings like canned fish in order to extract every last dime of profit. But while most U.S. airlines are profitable, it’s a slim profit. The past decade has seen the end of Virgin America, U.S. Airways, AirTran, and Continental Airlines, among others. According to an analysis by the Wall Street Journal, in 2017 American Airlines averaged $10 in profit per passenger—money that came, primarily, from baggage fees and seat upcharges. Those 2017 numbers were good, too—in 2019, the profit margin dropped several points.

Furthermore, while cramped seats and vanishing leg room are uncomfortable, air travel is not great for the environment. A three-hour flight—roughly the time it takes to get from Dallas to New York—dumps 47,472 pounds of carbon dioxide into the atmosphere. If the only people on the plane are Beyoncé and Jay-Z, that’s extremely wasteful. Once you start adding more passengers, it becomes more efficient. If you eat another few inches of legroom from each seat, you can put in another row or two of passengers at the back, and the efficiency increases again. Is it uncomfortable? Oh, absolutely. Does having more seats in airplanes decrease the carbon footprint of everybody on board? Yep.

It’s not great that air travel is so unpleasant that people fight over legroom. It’s just that there isn’t a good alternative. Should you recline your seat? No, your trip will still be uncomfortable. Should you freak out over someone reclining? No, you’re behaving like a child. Should you write an angry letter to the airline demanding more legroom? If it’ll make you feel better, but their profit margin sucks, and emptier planes are worse for the environment.

So what is anybody supposed to do about the inherent discomfort of air travel? Be polite. Be respectful. Use words—don’t hit things. Don’t film strangers. Recognize that all of your fellow passengers are having an equally bad experience because, like you, they’re stuck on an airplane. 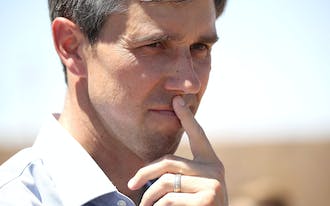 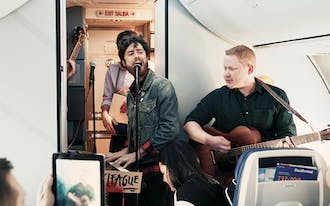 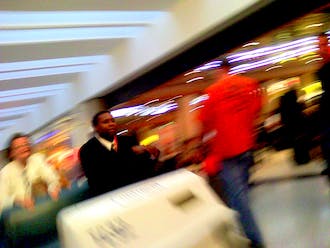