Fashion photography tends to be thought of as a purely commercial enterprise—perfectly posed models in divinely chic clothing selling us impossible standards of beauty. Too often it’s overlooked as an artform unto itself. That perception is what Museum of Fine Arts, Houston hopes to upend with the special exhibit Icons of Style: A Century of Fashion Photography.

After making its debut at the J. Paul Getty Museum in Los Angeles last year, the show is now on view through September 22 at MFAH—with a Texas twist. Curators Malcolm Daniel and Lisa Volpe aimed to showcase Houston’s diversity by adding more people of color among the featured photographers and subjects. Among these, well-known shots of hometown heroes like James Harden, Solange, Beyoncé, Simone Biles, as well as other significant Lone Star State personalities, are on display.

More than two hundred photographs, plus fifteen costumes from the MFAH vault, appear across twenty distinct sections. The exhibit chronicles the rise of the supermodel, the influence of MTV, the contributions of black people, street style’s impact, and other seismic moments that have changed the fashion world since 1911. The most exciting component is the final section that includes a video made specifically for MFAH by French photographer Jean-Paul Goude, who’s best known for shooting the legendary Grace Jones.

Visitors are also invited to strike poses like the legendary Selena Quintanilla Perez—an element of the exhibition inspired by a John Dyer photograph that first appeared in Texas Monthly. This Instagram-friendly station, specially created for MFAH, replicates the original image’s setting with a red curtain and black-and-white checkered floor. Sharing on social media, using the hashtag #IconsMFAH, is encouraged.

Texas Monthly spoke with Volpe about the museum’s hopes for the show.

Texas Monthly: What makes an icon of style? How do you leave a legacy?

Lisa Volpe: It’s funny because, while I’ve been completely immersed in this exhibition for the past eight months, it’s still a difficult question to answer. What I’ve learned from the photographs is that it’s really about capturing the spirit of the time in some way visually—being able to express that in a photograph, in a fashion choice. Also, making that [photograph] accessible to future generations too; to not be so specific that anyone ten years from now will not understand.

I think a lot about Richard Avedon’s very famous photograph of “Dovima with Elephants.” It’s so of its moment in the world—being this interest in theater, circus, and this young fashion designer, Yves Saint Laurent, getting his first shot at designing dresses for Dior. An elegance of the model at the time contrasted with the roughness of the elephants—it just works perfectly of its time. Now we look back and still understand the elegance of that moment and this kind of youthful energy that’s expressed there.

TM: I know quite a few icons in the gallery are from Texas. What were some of the determining factors in the choices of who made the cut?

We chose James Harden, for example, in an Erik Madigan Heck photo that was done for GQ. We chose it because it’s an incredible example of how Heck, who’s a younger fashion photographer, is shaking up how those photos have previously been made. In the past, it was all about showing the silhouette of the clothing. Heck tries to disguise that. He makes the person’s clothes match the background almost as closely as possible so that you don’t see that difference. It’s a complete shift in how fashion photography is made.

We have the Tyler Mitchell groundbreaking September 2018 Vogue cover which features Beyoncé Knowles-Carter, of course. We chose that image because of our love for Beyoncé, but also because that was the first time an African-American photographer had gotten the cover of Vogue. So it’s an important moment in fashion photography.

So, as we were searching for those moments and those iconic images of fashion photography, if we could find that expressed through a Houston or Texas celebrity, we were thrilled to do it that way.

TM: I do appreciate the diversity in images, especially since Houston’s reputation as the “most diverse city in America” is growing. It’s so important through the arts that this diversity is showcased.

LV: We didn’t feel content to just have that in the contemporary section either. We’ve really gone back, and from the first section, in 1911, you’ll see that diversity expressed. Certainly it gets more accepted and prominent the further along the timeline you’ll go, but we really felt strongly, as a Houston institution, we want to reflect our audience. We want everyone to walk in the gallery and connect with something there. 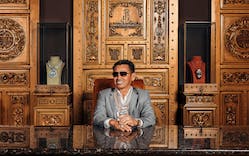 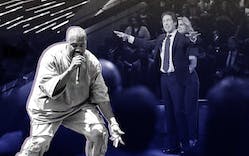 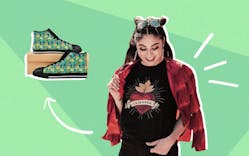