Since the grand opening of its Renzo Piano-designed main building in 1987, Houston’s Menil Collection has been described as serene, spiritual, self-effacing. Subsequent enhancements to the Menil campus embodied similar aesthetic qualities: the Cy Twombly Gallery (1995), the Dan Flavin installation in Richmond Hall (1996), and the Byzantine Fresco Chapel (1997).

On Saturday, November 3, the Menil Drawing Institute, the most significant addition to the Menil campus in decades, will open to the public. The 30,000-square-foot, $40 million building—designed by Los Angeles architecture firm Johnston Marklee—is the first freestanding, drawing-focused museum facility anywhere in the world. As art lovers come to see the inaugural exhibition of drawings by Jasper Johns, they will be happy to discover that the Drawing Institute shares the same Menil DNA as the rest of the 30-acre campus.

Like the original Menil building, the Drawing Institute literally keeps a low profile, topping off at just 22 feet, and is set far back from nearby streets to make it seem smaller still. Like the Cy Twombly Gallery, it makes exquisite use of natural light to illuminate but not overpower often-delicate works on paper. And like the Byzantine Chapel and the nearby Rothko Chapel, it creates a hushed, quasi-religious atmosphere for the quiet contemplation of art. Its three manicured, Zen-like courtyards, two exterior and one interior, were inspired by the courtyards in the Menil’s Philip Johnson-designed River Oaks home.

The biggest surprise for visitors may be the limited exhibition space—a single, 3,000-square-foot gallery. The rest of the building is occupied by space for curators and scholars to study the Menil’s 2,500-piece drawing collection, as well as a conservation lab and ample underground storage for all those works. This is truly an institute rather than a gallery, and some of the most breathtaking spaces are off-limits except to scholars and staff.

Courtesy of the Menil Collection

Courtesy of the Menil Collection

The Drawing Institute knits together the various exhibition halls, offices, bungalows, and outdoor spaces that comprise the Menil campus. Following a master plan by David Chipperfield, landscape architect Michael Van Valkenburgh has integrated the various pieces into what finally feels like a real campus rather than a collection of buildings. To the west of the Drawing Institute is a new park that, among other functions, will project movies against the wall of the Menil’s reimagined utilities plant.

To the east of the Drawing Institute is a football field-size re-installation of two works by Land Art pioneer Michael Heizer, “Dissipate” and “Rift,” which could previously be seen in the front lawn of the Menil’s main building. Both works consist of angular cuts in the ground lined with Core-ten steel and sloping from shallow to deep. (Heizer considered the negative space created by these incisions the actual work of art.) Heizer originally installed the works in 1968 in Nevada’s Black Rock desert, a location echoed in the massive expanse of reddish-brown gravel the Menil has installed, with Heizer’s assistance, all undergirded by a complex drainage system that keeps the field from becoming a lake during heavy rain.

Sitting at what is roughly the center of the tree-filled campus, the Drawing Institute now anchors a Menil Collection that is greener, more walkable, and more visitor-friendly than ever—and still always free to the public. With a recently renovated main building, a superb restaurant, and redesigned parking lots, now is the perfect time to discover—or rediscover—Houston’s greatest treasure. 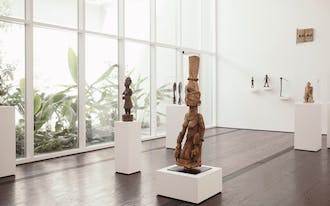 The Menil Collection Reopens With Fresh Look and New Galleries 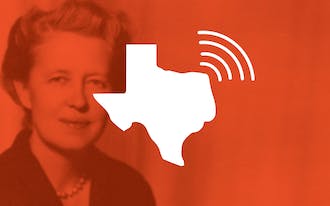 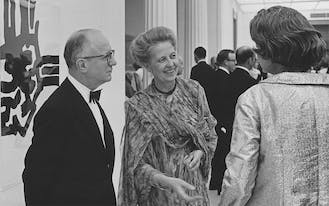 A Chat With William Middleton, Author of First-Ever Menil Biography 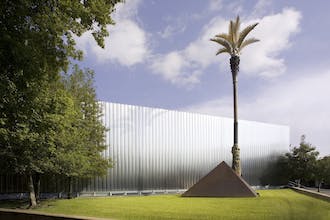 Where to Get Your Menil Fix While It’s Closed