The past decade has been good to Suzy Batiz, the North Texas-based founder of the unlikely bathroom product success story Poo-Pourri. When she launched the company in Addison in 2007, she was just a humble entrepreneur with a dream: sell a device that can obscure the smell after a person uses a toilet. She had a concept, she had a business plan, and she had a name—Poo-Pourri. Soon, her simple desire to make money and leave people’s bathrooms smelling better became an empire.

In 2017, Poo-Pourri had a revenue of $56.5 million and employed 68 people. It also has particularly good branding, with some of the more memorable poo-related ads you’re likely to see (though the Squatty Potty offered stiff competition).

This week Batiz launched a new business: Supernatural, a cleaning supply company with a Warby Parker-style appeal, partnerships with influential entities like Gwyneth Paltrow’s GOOP, and an irreverent tag line (“Clean Butt Naked,” a reference to the lack of toxic chemicals in the product and also an excuse to put a bunch of attractive naked people on their slightly-NSFW website).

Supernatural’s aesthetics seem geared toward the sort of people who are interested in elevating mundane aspects of home maintenance, the kind of people who tossed the endless bottles of 409 that had somehow accumulated under their sink while doing a KonMari exercise because they didn’t “spark joy.” The kits include four reusable frosted glass spray bottles and essential oil-laden vials (“conscious concentrates”) for users to mix their own products. GOOP is an early partner, but the products would be a good fit at Joanna Gaines’s Magnolia Market, or really anywhere that specializes in taking something ugly and effective that you could buy at Sam’s Club and offering a sleek high-end version. 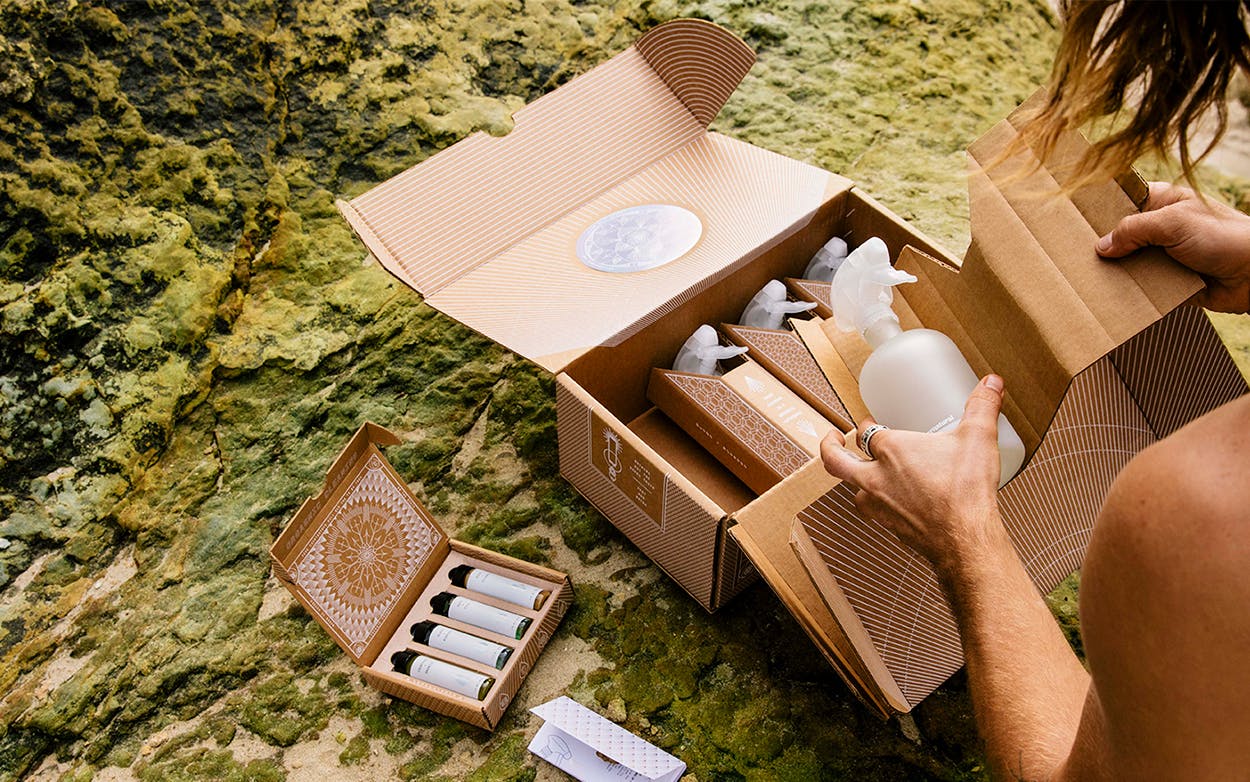 The products don’t come cheap though. A “starter kit” will set you back $75 (shipping, at least, is free). And at the moment, refills (and their prices) are unavailable—presumably the company doesn’t think that anyone can go through the allotment that comes in the starter kit that quickly. Given that the products sold out on GOOP immediately, it seems likely that Supernatural’s products will find a fanbase quickly—and the people who buy them can talk about them with their friends without ever having to say the words “poo-pourri” out loud.