In March, H-E-B briefly broke the Internet. The grocery chain released limited-edition reusable shopping bags emblazoned with the image of Selena, the late Queen of Cumbia, which were an instant sensation: they went on sale at 6 a.m. and almost immediately sold out. The $2 bags quickly popped up on eBay, fetching $20 to $100 in the hours after they flew off shelves.

Last week, the company announced that it would be doing another run of bags, available in stores and online starting at 6 a.m. on December 6. I set an alarm (actually six alarms—I’m not a morning person) and headed off to the H-E-B on Rundberg and Lamar in North Austin prepared for absolute mayhem.

At around 5:45 a.m., the line outside the store was about thirty people deep. Stevie and Cassandra Olvera, who live in the neighborhood, were shivering among them. The lifelong Selena fans—who have been to Selena festivals, visited her gravesite, and paid homage to her statue in Corpus Christi—missed out on the bags last time around. In March, Stevie stopped by an H-E-B after he got off of work at 7 a.m. only to be disappointed when they were out. This time, they weren’t missing out. “Are you going to use the bag?” I asked Stevie, who looked at me like I was crazy. “I’m going to save it,” he said. 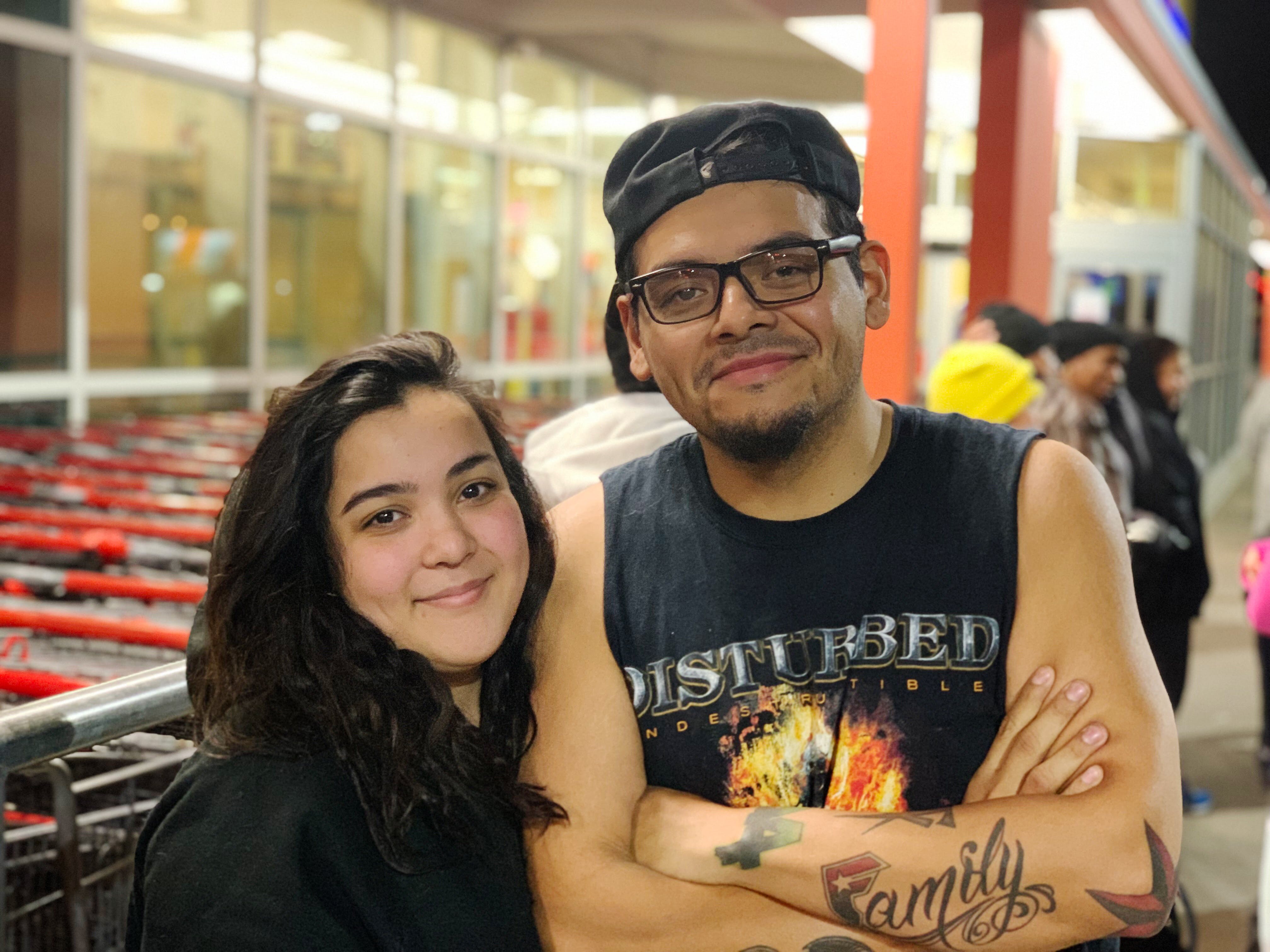 Five minutes before opening, the store made an announcement for employees: the bags would be for sale on registers one, two, and three; only staff who were on break would be allowed to stand in line for them; there was a two-bag limit; the registers selling bags wouldn’t be selling anything else—you’d have to go to another line if you wanted a pack of gum. They had clearly considered the demand, both internal and external.

At 6 a.m. the bags went on sale. A few people went through the line a second time to skirt the two-bag limit, which the store didn’t seem to mind. After about fifteen minutes, the Selena lanes were empty. By 6:30 a.m., the Selena totes had begun appearing on eBay with high prices for $2 reusable grocery bags made out of recycled materials—$20 “buy it now” prices and $75 speculative offerings. But they weren’t getting bids. There was no reason for them to. The H-E-B website still had them in stock at face value, and after the initial run, the store at Rundberg had stacks left over for Selena fans who weren’t lined up outside before dawn. I asked the manager how many they had on hand, and he demurred, only offering that they wanted to serve as many customers as they could.

I went to another store—the Koenig Lane location—and by the time I got there, the dedicated Selena lines were gone. It was business as usual. There were people shopping for the week, and no one shoving past each other to grab Selena bags for their private collections or to try to resell online. I picked up some oranges and a loaf of bread and checked out; the cashier asked if I brought my own bags, and I asked if she still had the Selena bags. She asked me if I wanted one or two, and I took two. They were, after all, only $2.

Overall, it was an easy, accessible experience—which is how it should be. The frenzy of Selena grocery bags breaking the Internet in March was a fun story, and the unexpected enthusiasm her fans had for the chance to honor her legacy spoke to the enduring appeal of one of the titans of Texas music. Selena is a true icon who belongs on our state’s musical Mount Rushmore right next to Willie, Beyoncé, and Buddy Holly—of course there should be a frenetic rush of fans charging across H-E-B locations statewide just to hold an image of her in their hands, to stash in their shrines alongside their “Como La Flor” t-shirts and Selena prayer candles.

But also, it’s just a grocery bag. At H-E-B. That costs $2. The idea that someone like Stevie, coming off of a night shift at 7 a.m., should have to pay a 1000 percent markup (or worse!) on eBay is contrary to the very spirit of Selena. There’s an appeal in exclusivity—and the bags are still limited-edition items—but these are something everyone should have access to. Maybe in six months, Neiman Marcus will unveil an ultra-limited Bidi Bidi Birkin Bag, and the Selena-inspired accessory will ascend to the luxury realm that it seemed destined for back in March. But for now, Selena’s grocery bags are, just like La Reina de Tejano herself, for the people.