In The Pushback, filmmaker Kevin Ford follows Veronica Escobar, in her bid to represent the state’s Sixteenth Congressional District, as well as Natasha Harper-Madison, the only black woman to run for an Austin city council seat in 2018. The documentary’s lead subjects are nearly six hundred miles apart, and in narrowing its focus to these two women, Ford confronts stereotypes about the border (Escobar was the first Latina to represent El Paso’s congressional district) and about institutional racism in Austin. The film also zeroes in on characters throughout Texas that showcase the state’s rapidly changing political landscape in the aftermath of the 2016 election. Podcasters, grassroots activists, clergy members, and former Border Patrol officers all play a role in the push and pull of the historically red state, and the progressive movement that’s trying to turn it blue.

“Thirty-six Thousand Feet Under the Sea” by Ben Taub

A wealthy Texan—a Dallas investor, to be specific—is the main subject of this lengthy New Yorker piece by Pulitzer Prize–winning journalist Ben Taub. In the tone of a classic adventure narrative, Taub tells the story of investor Victor Vescovo and his mission to dive to the deepest underwater places on earth—the last great exploration. Along the way, Vescovo is helped by a cast of characters that includes criminals, a submarine engineer who can’t be bothered to read up on submarines, a naysaying, quick-to-quip Scotsman, and another Texan, Cassie Bongiovanni, who, along with her team, helped map a largely uncharted area of the ocean floor the size of Texas. I don’t need to tell you that’s big.

The Austin-based Molly Burch is one musician I’ve had on repeat during quarantine, thanks to her dreamy, easy-listening tunes. And I keep returning to her cover of an Ariana Grande’s “Needy.” It’s a surprising cover choice since Grande and Burch seem so far from each other—Grande has made a name for herself with bubblegum pop hits, and Burch draws more from vocal traditions in the vein of Billie Holiday and Nina Simone—but that’s exactly what makes the song work. Burch turns the song on its head and makes it her own, subduing it with the quiet brushes of jazz drums in the background and showing off her impressive range and vibrato. The slowed-down, smoky version of the track shows off the best of Burch’s vintage pop touch, and it’s worth a listen. 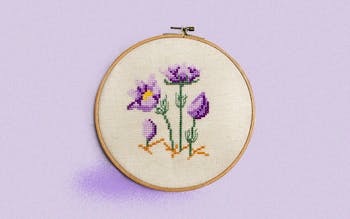