Is Jay J. Armes For Real?

Gary Cartwright was running short on patience and long on doubt. It was the spring of 1975, and he had just written a magazine piece about, of all things, a legendary dogfight. Impeccably researched and worded, “Leroy’s Revenge” also happened to be horrifyingly violent and shockingly funny, a combination that made it an impossible read for more sensitive souls. As Cartwright described the experience years later, he’d been shopping the piece to magazines all over New York. Most rejected it out of hand; Cartwright always swore that one publication—Esquire? Rolling Stone? He never could recall—had accepted it, only to have the edit staff threaten to walk out if it ran. So Cartwright sent “Leroy’s Revenge” to Texas Monthly editor Bill Broyles.

Texas Monthly was barely two years old, and Cartwright was a name writer. Starting in the fifties, he’d built a following from the sports desks of the Fort Worth Press, the Dallas Times Herald and the Dallas Morning News. He’d followed his colleagues Bud Shrake and Dan Jenkins to the northeast in the sixties and written for big-league publications like Harper’s and Sports Illustrated. But while Shrake and Jenkins had found homes on the SI masthead, Cartwright was a little feral for the big city. He never took his eye off Texas, and the seven stories he’d already written for Texas Monthly had given the young publication a toehold with Texas readers. “Leroy’s Revenge” went places those stories didn’t even hint at. Cartwright told Broyles he didn’t need to be paid for the piece; he just wanted to see it in print. Broyles chose instead to cut him a check. When the story ran, in August 1975—with a subheading that warned “Animal lovers, don’t read this”—it gave Cartwright a home and Broyles the hill on which to squarely plant his flag: Texas Monthly was a writer’s magazine.

For all the great voices that have come through Texas Monthly in the meanwhile, Cartwright’s is the chief reason the reputation persists. In the sixteen months alone that followed “Leroy,” Cartwright wrote three stories for the magazine that each hold their own against any of the college-taught classics of New Journalism: “Who Was Jack Ruby?,” a split profile of Lee Harvey Oswald’s killer and assassination-era Dallas; “Is Jay J. Armes for Real?,” which explored the fuzzy myths surrounding an El Paso private eye who had prosthetic hooks for hands; and “Candy,” a Where-Is-She-Now look at a one-time stripper and gangster’s moll who had been, in the fifties, the most scandalous figure in Texas. That those four masterpieces ran back-to-back-to-back-to-back is staggering, a magazine writer’s equivalent to the Rolling Stones’ four-record run from Beggars Banquet through Exile on Main Street.

“Candy” is the story that new Texas Monthly staff writers turn to first to learn the legacy they’re inheriting. It’s got all the Cartwright hallmarks, the bounce in his sentences, the bizarre turns of his logic and allusions, the counterintuitive choice of his subjects. There’s a passage in “Candy” that is as familiar to our writers as their kids’ middle names. It describes Cartwright’s first meeting with the great Candy Barr. Her face is as “blank and bleached as driftwood.” Her pale-green eyes are “collapsed like seedless grapes too long on the shelf.” When he regards her shabby white housedress, she barks, “Don’t think I dressed up just for you.”

To my ear, though, the real magic comes later, after he’s detailed Candy’s suffering at the hands of men, the lechers who pushed her into the sex trade and the hypocrites who stuck her with a fifteen-year prison sentence for possession of one joint. It’s in these closing lines that we see Cartwright’s true gift: empathy.

Candy seated herself at the dressing table and, like one of those time-lapse Disney films where a desert flower appears to blossom before your eyes, performed the ancient miracle of her sex. The blonde hair brushed out soft and glossy. Mascara arches defined the eyes which sparkled now like polished turquoise. That cave-dweller’s pallor that had appeared so unflattering in the harsh light of the kitchen took on tones of finely dusted nutmeg. In her tight hip-hugger jeans and red halter she looked like a young girl ready for a hayride. …

He continued writing like that for us for 35 more years, owning every category of magazine story—true crime, sports, social policy, travel, profiles—always by forming real relationships with the people involved. He favored sympathetic portraits of the marginalized and oppressed, coupled with subtle digs at those who’d keep them down. But he also liked to write about high school football players he’d invented. And food. And ghosts.

Quite often, especially as he aged, the misfit at the center of his stories was himself. He’d always written about his life, starting for us with a nostalgic 1974 story about growing up in Arlington before the roads were paved. But eventually he started living his life in these pages. His 1996 story on the slow death from leukemia of his forty-year-old son, Mark, read like he was trying to convince himself he still believed in God. His remarkably personal look at the Viagra revolution a year later was equal parts public service announcement and dirty valentine to his third wife, Phyllis. When she died from breast cancer, in 2006, the last few paragraphs of his farewell read with an empty, longing stillness that was almost unbearable.

He laid himself bare in those stories and was honest about his fears and his failings, usually with at least a glimmer of hope somewhere in the picture. But not always. In his last major work, a 2015 memoir published by the University of Texas Press titled The Best I Recall, he described a personal history of violent outbursts that did real physical and emotional damage to people close to him, including, most distressingly, his wives and his kids. He usually treated those relationships with a marked sweetness, but too often his idea of the writer’s life—the swagger, the drink, the belief that nothing mattered but the story—and an unchecked dark streak did serious injury to those who needed his empathy turned on all the time. He seemed to write about this matter-of-factly, but there was shame in his tone. He was confessing, not asking for a forgiveness he knew he didn’t deserve.

I stopped by his house a few times while he was working on the memoir. The writing of it was a long, painful slog, in large part because he’d already covered so much of his life in his stories. He worried he had nothing new to say, though Cartwright always said that was ever the case. Every story starts with a blank page or screen that seems to be telling you you’ll never be good enough to get it right. But still, somehow, you write.

“When Phyllis died, I don’t know why, but I had to write about it,” he told me on one of those visits. “I didn’t fully process her death until I’d written about it.”

I offered my own theory about writing about hard life. I said it provides a needed distance. I said giving an order to the events, identifying the causes and effects, choosing what to emphasize and what to leave out, allows a sense of control over something that is, in fact, completely out of our hands.

Cartwright looked at me with a cocked eyebrow. I could tell that no such thoughts had ever entered his mind, nor was he interested in entertaining them now.

Read remembrances from 23 other Texas Monthly writers, editors, and alums.

Is Jay J. Armes For Real? 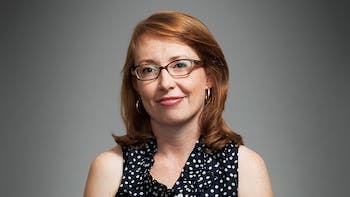 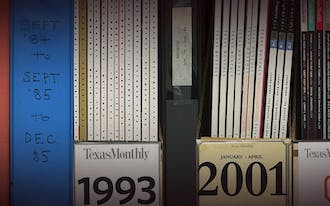