In early August, Cathy White adopted Bella, an eleven-month-old Great Pyrenees/Anatolian Shepherd mix with shaggy blond hair, from a goat farm in Columbus, where her goat-dogging skills were proven to be less than stellar. “She liked the goats more than she liked guarding them,” White explains. “So they got rid of her.”

White took Bella to her home in the Oak Forest neighborhood of Houston, where the dog spent the next three weeks adjusting to a goat-free lifestyle. Four weeks ago, as Hurricane Harvey made landfall near Rockport and began moving toward Houston, White, worried about her home flooding, decided that she and Bella would ride out the storm at a friend’s house in Magnolia.

That proved a major miscalculation. On the night of August 27, as Harvey’s epic rain assaulted Houston, Magnolia began to flood, and Bella somehow escaped from the yard amid the rising water. “It was a storm and it was unfamiliar terrain,” White says. “I had no idea whether I would see her again, to be honest. And I missed her.”

On Saturday, September 16—after almost a month of separation—White was finally reunited with Bella at the NRG Arena in Houston, which has been transformed into a massive dog and cat shelter where owners can come search for their lost companions. Bella, it turned out, had been picked up by first responders during the storm and delivered to the Montgomery County Animal Shelter, which then took her to the NRG Arena. There, she joined hundreds of other animals who had been separated from their owners during the storm’s chaos.

The shelter is being run by the Best Friends Animal Society, a national animal welfare group, in partnership with Harris County Public Health, Austin Pets Alive!, Houston Pets Alive!, and Houston PetSet. Dozens of staff members and almost 1,000 volunteers have worked to set up and operate the shelter, which will stay open at least until mid-October to give owners a chance to pick up their pets.

As of Saturday, the shelter was caring for 530 dogs and 120 cats, with more pets still arriving from different facilities in the Greater Houston area. So far, only twelve of those animals have been reunited with their owners, like Bella, but the staff is hopeful that more owners will come by to claim their animals as they begin to pick up the pieces. “In general, return to owner rates in shelters is very low,” says José Ocaño, the Pacific Region Director for Best Friends. “I can only imagine that’s exacerbated by a disaster situation like this. It’s not that people don’t care, it’s that they’re trying to get their lives back together.”

Best Friends and its partners plan to hold an enormous adoption event in mid-October for cats and dogs who aren’t claimed by that time. The shelter has committed not to euthanize any of the animals except those with terminal and painful health conditions.

As for White, she was just happy to see her newly adopted dog again. In the shade outside the NRG Arena, she sat on the asphalt playing with the excitable Bella, who was jumping and pawing away at her, even leaving a few bleeding scratch marks on White’s forearm.

“The fact that she was found and rescued is just unbelievable,” White says. “The first thing I’m going to do is take her to the vet for a check-up. Then we’re going to start working on her manners.” 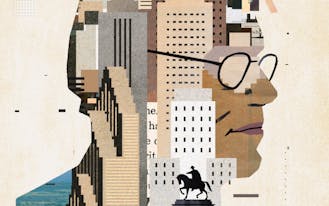