A minister friend once described to me the way she balances her sermons. She reminds herself that while Jesus spoke powerfully for social justice, he also enjoyed food and wine and the company of friends, and sought not only to remonstrate but to inspire. That’s a useful admonition for both a minister and a magazine staff, and this issue demonstrates the mix we strive to achieve. We try to help readers enjoy what’s best about our state, even as we cover in-depth the conditions that cry out for improvement.

Some weeks ago, we assigned associate editor Christian Wallace to pilot his poor old 2005 GMC pickup (odometer: 238,813 and counting) all across the state to find Texas’s best honky-tonks. His research was, as usual, exhaustive. “I visited six bars in Amarillo one night,” he says, “but none were great honky-tonk material.” Oh, and by the way, that cowboy leaning over the jukebox on our print cover? That’s Christian. (Yes, he dresses like that all the time.) The photo on this page shows what he looks like on the flip side.

Among the serious issues we tackle this month is Texas elected officials’ failure to provide effective legal representation to defendants who can’t afford to pay a lawyer. The result is that the accused often get little attention from their overbooked court-appointed lawyers and languish in jail for months awaiting trial. 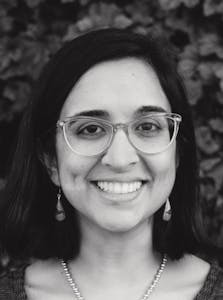 This investigation is the fruit of a partnership between Texas Monthly and the Texas Tribune, the online news organization founded by former Texas Monthly editor in chief Evan Smith, who has been very helpful to me as I’ve settled into his old chair. The story was reported by Neena Satija, a former Trib staffer now with the Washington Post, and edited by Kate Rodemann, whom we’re delighted to have at least partly back in the fold. Kate worked at Texas Monthly between 2002 and 2017 and remains so highly regarded here that staffers have saved her old story memos as guides to structuring complex narratives. After a stint at HuffPost, she has returned to freelancing, including for us. Before shepherding Neena’s story, Kate did the same for last month’s cover profile of Dallas minister Robert Jeffress.

Another contributor, University of Texas professor Michael E. Webber, explores the leadership that our state is demonstrating in low- and zero-carbon power sources and the huge opportunity that we have to expand that leadership by investing in solar power and carbon sequestration.

As this issue of TM was closing, we scrambled to report on the tragic mass killings in El Paso. Intern Lily Moore-Eissenberg happened to be in El Paso that day. As soon as she heard about the shootings, she headed to a place where hundreds of residents were lined up to donate blood, putting into practice the city’s unofficial new motto: Hate Will Not Define Us. Lily’s story and others on the shootings and their aftermath can be found here.

From the Editor: Boomerangs and Beards

From the Editor: Meat Sweats and Massages

From the Editor: A Dan for All Seasons

From the Editor: Taking on Fresh Challenges