Baylor’s Robert Griffin III brought the Heisman Trophy back to Texas in December. University of Texas hoops stars T.J. Ford and Kevin Durant have both won the Naismith College Player of the Year award. And now a Dallas native—and future Dallas Stars player–just might win the biggest individual prize in college hockey: the Hobey Baker.

Now it should be noted that Texas doesn’t even have an NCAA college program. And the state’s two most famous NHL players are Hall of Fame defenseman Brian Leetch, who was merely born in Corpus Christi, and Buffalo Sabres defenseman Tyler Myers, a 6’8″ behemoth from Katy who spent a few years as a Houston Aeros fan before moving with his family to Canada at the age of ten.

But we get to legitimately claim Austin Smith, the 23-year-old senior at Colgate University. He learned the game in the Texas, playing all his youth hockey around the Metroplex (hi, Tim!), as well as two years for Dallas Jesuit High. To finish his development, Smith spent two years at a Connecticut prep school and one season in a Canadian junior league before entering Colgate, a small private school in Hamilton, New York (which also produced Texas Brahmas coach Dan Wildfong), in 2008.

By then, Smith was already good enough to be selected by his hometown team, the Dallas Stars, in the fifth round of the 2007 NHL draft. Now he leads the country with 33 goals in 32 games–ten goals more than the next player behind him.

But will that be enough? Last week, Inside College Hockey elevated Smith to the top of its “Hobey Tracker” feature. He has sometimes led, but is currently running third, in Hobey Baker fan voting (which only counts for one percent of the award’s final voting tally), behind Spencer Abbott of the University of Maine and Jack Connolly of the University of Minnesota-Duluth–players from two larger, more historic hockey programs that boast six past Hobey winners and three national championships between them.

In that sense, Smith is actually more of an underdog than RG3, who at least played in the Big 12. A closer comparison would be to Case Keenum of the University of Houston, who put up record-setting numbers in a conference that was outside college football’s power circle.

[Smith] has to be considered –- at this point –- a no-brainer for the Hobey Hat Trick [Editor’s note: i.e., one of the three fnalists]. It makes me sad to consider that where he plays will likely work against him.

[Other players] are considered –- by many narrow-minded eyes -– the “real” contenders, because they play in “championship” conferences: Hockey East and the WCHA, in these cases. They play “real” competition, whereas ECAC Hockey is… well, somehow, not.

And I say, that’s baloney.

Sullivan goes on to highlight some of Smith’s best performances against teams from other conferences. He also dismisses the fact that Connolly and Abbott have more “points,” (that is, goals plus assists) than Smith, not only because goals are more important, but because it’s easier to pile up assists, both in practice (if you were the second-to-last guy to touch the puck before a goal is scored you get one, even if it just went off your skate) and conspiracy theory: “Some rinks/teams/scorers have a reputation for handing out assists with unjustifiable exuberance, and there’s no time like a Hobey race to inflate the stats at every possible opportunity,” Sullivan writes.

Below, Smith is interviewed for Colgate’s YouTube channel. Like many hockey players, he’s both humble and milquetoast (but check out that sweet moustache):

Fan voting for the Hobey Baker Award continues through March 1. The Hobey winner will be announced on April 6 during the Frozen Four weekend in Tampa, Florida. (Florida? There’s hockey in Florida?!) 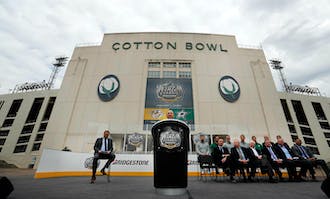 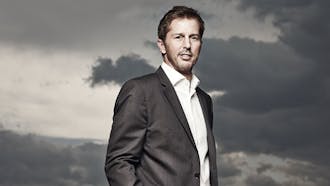 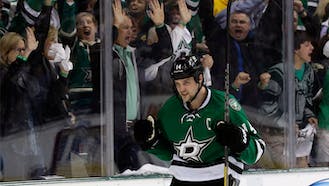 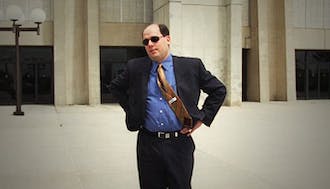