Beef barbecue isn’t hard to find in Atlanta. Most menus feature brisket, and the city might just have more options for smoked beef short ribs than Fort Worth. But that wasn’t the case in 2007, when twins Justin and Jonathan Fox opened Fox Bros. Bar-B-Q just east of downtown Atlanta. In what seems like the barbecue dark ages compared to the Atlanta scene today, the pork sandwich was king, and ribs or chicken battled for second and third place. A lot has changed over the past nine years.

Jonathan moved from Fort Worth to Atlanta in 1999 for a graphic design job. Justin followed a year later and got a job at a local restaurant. Most of their high school friends had left Fort Worth, and they were looking for a change—but they didn’t factor in how much they’d miss brisket. Growing up, they took frequent visits to Angelo’s and the old Railhead location for granted. “Being from Texas, we missed the taste. It wasn’t brisket with mustard, pickles, and onions [in Atlanta],” Justin said, referring to the yellow mustard on brisket sandwiches at Angelo’s and Railhead.

There was certainly plenty of barbecue around back then. Fat Matt’s is still well known for ribs, and Harold’s pork sandwich was legendary before it closed in 2012. Still, the “old school Southern barbecue places and rib joints” that Justin recalled weren’t satisfying their brisket craving, so they bought a smoker and started making their own in the backyard. “It became every single Saturday night that we were cooking barbecue for our friends,” Justin said. They brought it to the masses when Fox Bros. Bar-B-Q opened its doors on August 23, 2007. 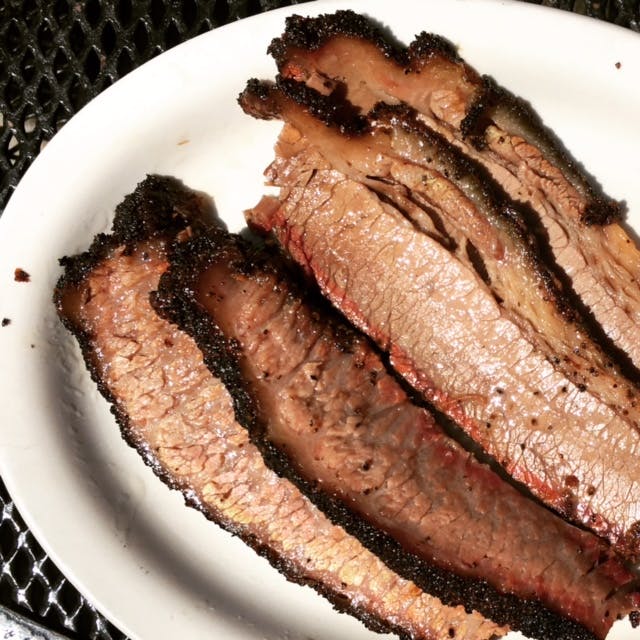 Customers came in asking for pork initially, and some sneered because they didn’t offer a selection of barbecue sauces. “We didn’t put any sauce on the meat, and that confused some people,” Justin said with a laugh. Even the smoked chicken outsold brisket in the first few years. Only recently has brisket gained equal footing with pork when it comes to sales, and more beef options have become a centerpiece to the menu. The Tuesday only Montreal-style smoked meat is a stunner. Cured and smoked brisket is cut thick and piled high on rye with a little mustard. It would’ve held up well against the best in the country during my great pastrami search last year (as would the pastrami at Atlanta’s General Muir. Maybe pastrami is the next hot item in this town). 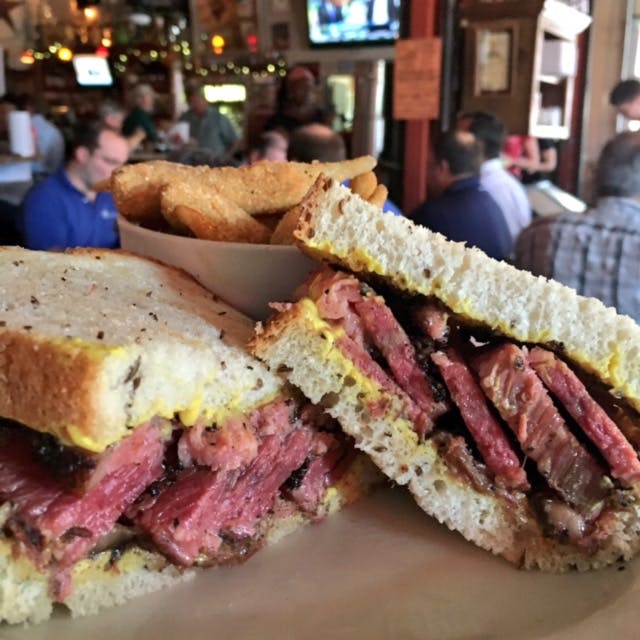 Within the past two years, a beef short rib has made its way to the regular menu. An enormous hunk of beef glistened beneath a heavy bark of salt and pepper when it came to the table (pictured at top). Southern greens came alongside, as did an homage to Texas: Frito pie served in the bag, which is one of their most popular sides. A juicy link of the house-made jalapeño cheese sausage and a half rack of huge spare ribs weren’t far behind. I’d have thought I was eating barbecue in Texas if it hadn’t been for the bowl of Brunswick stew. 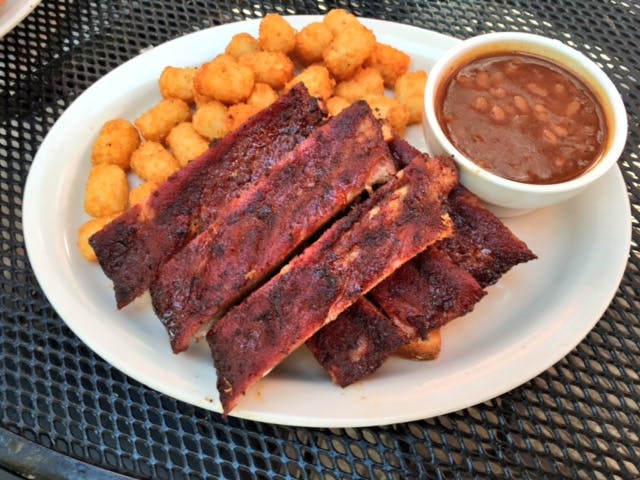 The brisket was impressive too. I’ve eaten at Fox Bros. many times, but it’d been about three years since my last visit (full disclosure, it was a book signing party they hosted for me). They could make a mean brisket, but I have also eaten a few duds on some of my early visits. There weren’t any problems this time around. Slices from the lean and fatty side were superb. Justin admitted to the ups and downs, but said they’ve made consistency the current focus. A wood-fired Oyler rotisserie went in a year and a half ago, and that’s where all the briskets are smoked over hickory and oak. I didn’t get to go back to check on their claims of greater consistency, but I can attest that their high side is way up there.

Atlanta barbecue joints still sling plenty of pork barbecue, but brisket is no longer an outlier. You can hardly open a barbecue joint in town without it. Sam’s BBQ1, Community Q, Grand Champion BBQ, and Heirloom Bar-B-Que are known as much for their quality brisket as anything else, and that’s just naming a few. Instead of debating whether or not brisket belongs on the menu in Atlanta, barbecue fans in the city now argue about who does it best. Fox Bros. should be in that conversation, and the Texas brothers are proud that they could help normalize brisket. You can also stop in on a Thursday get a chicken-fried steak, because, as Justin reminded me, “We show the Texans some love around here.”