Every other week, Daniel Vaughn compiles the latest in barbecue news and unearths a few surprises. Here’s the roundup for February 15-February 28.

The Houston Chronicle reported on the winner of the barbecue cook-off from this year’s Houston Livestock Show and Rodeo competition. Houston Public Media produced a video about the event:

The folks behind the expansion of the Corky’s BBQ chain into the Houston area explain why they think Texans will love their Memphis-style barbecue.

Sebastian Modak of the New York Times is traveling to 52 of the best places in the world, and Houston is his latest stop. He sampled Blood Bros. BBQ.

Truth BBQ has a new location in Houston, and it’s already making a positive impression on the neighborhood.

Barbecue meals aren’t all about the meat. The Houston Chronicle celebrates some of the best barbecue-joint desserts in town.

Heads up, Birmingham. There's a new James Beard Award Winner in town. @rodneyscottsbbq is officially open in Avondale. His Carolina-style, whole-hog barbecue is smoked in house and packs some serious flavor. Save room for the banana pudding. #inbirmingham #instagrambham pic.twitter.com/Eg48ORlDbE

The James Beard Foundation released its list of semifinalists for the chef awards. Billy Durney of Hometown Bar-B-Que in Brooklyn, Bryan Furman of B’s Cracklin’ BBQ in Atlanta, and Cristina Martinez of South Philly Barbacoa in Philadelphia were all included in the regional best chef categories.

Zavala’s BBQ has opened in its new location in Grand Prairie, just on Saturdays for now.

After Chris Shepherd’s smoker was stolen in Houston, Pitmaker offered to build him a new one at no cost for his Southern Smoke Foundation.

The exhibit is called “The Story of Barbecue in North Carolina.”

Rocky and Reggie Stubblefield talked about the legacy of their father, C.B. Stubblefield, the namesake of Stubb’s BBQ.

Tim Herriage found our BBQ Finder app, and it led him straight to Hays Co. Barbeque in San Marcos.

Cole’s BBQ in Fairfield is the Freestone County business of the month. Owner Ben Cooper said they smoke up to 1,600 pounds of brisket weekly.

Noble Sandwich Co. has closed its location in far northwest Austin and reopened it as Interstellar BBQ.

The Sausage King of Austin event last weekend tested the creativity of local pitmasters, and Micklethwait Craft Meats came out on top.

Get your Texas Chainsaw Massacre nostalgia fix, along with some barbecue, just outside Bastrop.

We know you’re out there:

Two of the five hottest restaurants in Portland, Oregon—Bullard and Eem—are new barbecue joints in the city.

If you’re in North Carolina and yearning for Texas barbecue, head to Buxton Hall in Asheville this Sunday where Miguel Vidal of Austin’s Valentina’s Tex-Mex BBQ will be cooking.

You never want be called the “Fyre Festival” of anything:

Disastrous LA food event this past weekend is being called the Fyre Festival of barbecue https://t.co/OCXfr6Khm6 pic.twitter.com/ATnzxWu22S 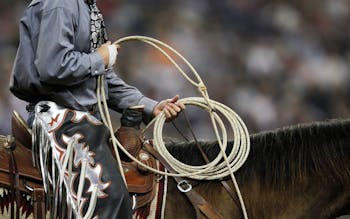