“You don’t come in here and mess with our brisket,” the Dallas Morning News wrote in its open letter to that “jerk,” the coronavirus.

Pitmaster Patrick Joubert of Jube’s Smokehouse, in Fort Worth, told the Star-Telegram that although he’s worried about the dramatic increase in meat prices, he’s still choosing to invest in top-quality brisket: “You gotta pay” for the good stuff.

At Interstellar BBQ, the pastrami beef ribs are “a gelatinous wonderland of richness.”

Austin-based Stiles Switch BBQ & Brew is expanding to the North Austin suburb of Cedar Park. “Our goal is to re-create our original location and thank the Cedar Park community for all of the years of support they have shown us,” co-owner Catherine Stiles told Eater Austin.

Progress is still being made on the construction of the new Pinkerton’s Barbecue location in San Antonio.

A Japanese steakhouse in Missouri caught flak on Twitter for adding a COVID-19 surcharge to customers’ receipts. The restaurant later backtracked, deciding to adjust menu prices instead.

Mack Rodriguez, owner of Bottomless Pit BBQ, in Corpus Christi, says the restaurant serves only fresh meat and doesn’t have a microwave.

You knew the mask merch was coming to barbecue. Looking sharp in Austin at J. Leonardi’s Barbeque:

We are doing our part by providing all of our employees face masks, Bandanas, Shirts & Hats to ensure your safety & uniformity is our main priority. Assistant GM Dre is Sporting his staff gear while behind in trailer as a company mandate for all employee… https://t.co/SKDDrC62zn pic.twitter.com/H16DExhN6A

The coronavirus pandemic posed extra challenges for Houston’s Feges BBQ, which is located in an office-building food court.

East Texas classic Doc’s Hot Links, in Gilmer, says it may have to close because of beef supply issues.

Armando Vera of Vera’s Backyard Bar-B-Que told the folks at Bon Appétit (you’ll have to scroll down a bit) that his Brownsville barbacoa operation has more than doubled.

Texas BBQ joints are getting creative with their patio seating:

Operation BBQ Relief has teamed up with at least a dozen restaurants to keep workers employed while feeding those in need. It’s a model that we should be using across the country.

A few butchers shared some valuable tips with Eater on how to properly freeze and defrost meat at home.

The Windy City Smokeout, a massive barbecue event that had been scheduled for July in Chicago, was canceled.

Sauce belongs on the side in Texas, even on National BBQ Day:

Because this is Texas & it's National BBQ Day 🤘

The Mighty Quinn’s BBQ chain, based in New York, has closed eight of twelve locations and laid off the majority of its employees.

Tim Carman of the Washington Post suggests not cooking for yourself this Memorial Day and instead ordering barbecue from a barbecue joint.

This is perhaps the most controversial take I'll ever post: if you cook your pork ribs until "the meat falls off the bone," you have overcooked your pork ribs

“The U.S. meat crisis is highlighting a variety of social divides,” including access to plentiful but expensive supplies of boutique meat, the sales of which have shot up dramatically.

An Iowa sheriff urged Tyson to close its Waterloo hog processing plant after witnessing dangerous working conditions. The company refused, then was forced to close the plant five days later. Of the 2,800 workers there, 1,031 have tested positive for COVID-19, and three have died.

The New York Times talked to farmers caught with a backlog of live animals and no markets to sell them to. One farmer was looking for ways to not have to kill one thousand of his hogs.

And, finally, some truly good news: 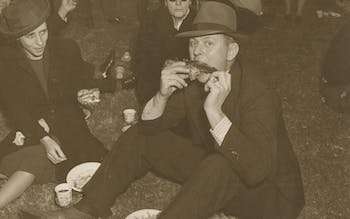 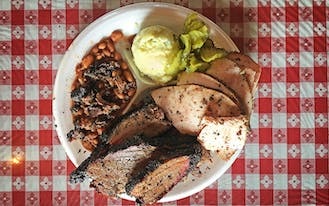 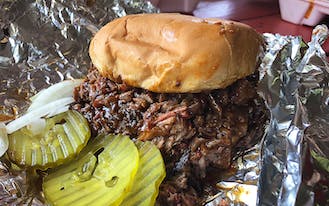