When I took the first bite from the towering chopped brisket sandwich at David’s Barbecue in Pantego, I thought this must be what Sonny Bryan’s used to taste like when it made it on everyone’s “best of” barbecue lists. You see, owner and pitmaster Jimmy Harris is part of the Bryan barbecue family. Elias Bryan, who opened a barbecue joint in Oak Cliff in 1910, was Sonny’s grandfather and Harris’s great grandfather. At David’s, Jimmy has all the family secrets to work with, including the barbecue sauce recipe. 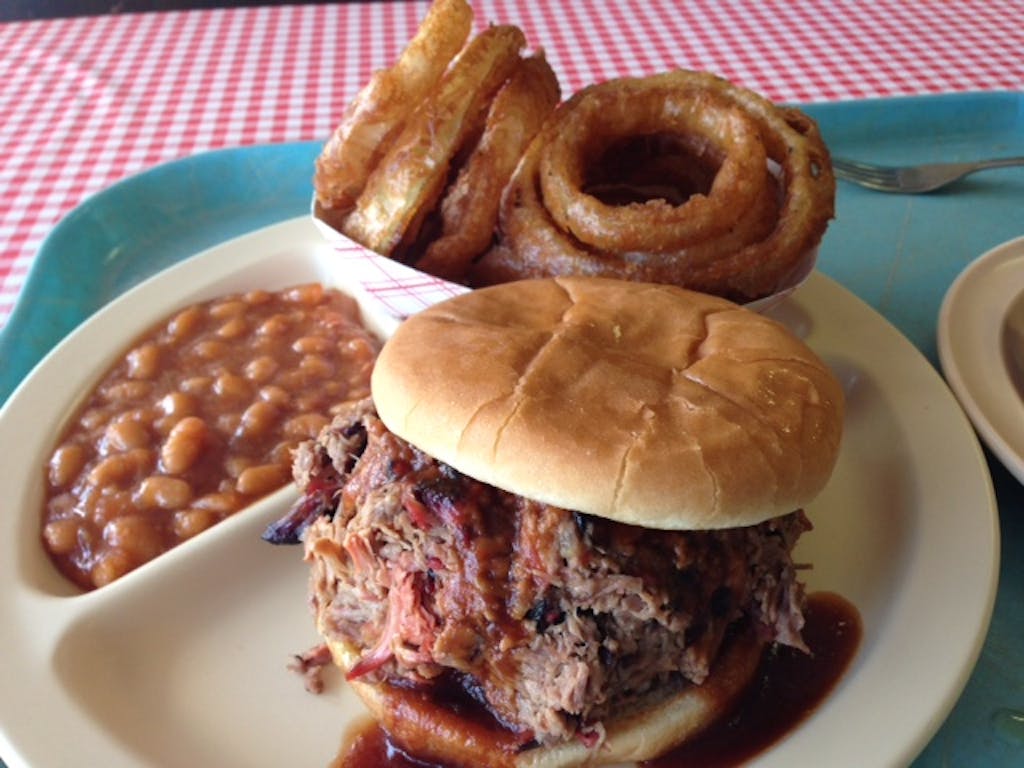 That sauce is what covered the generous and juicy mound of meat between two sides of a buttered bun. Filling for sure, but this was good smoky meat and crust bound together by plenty of fat and the smoky sauce fortified with brisket drippings. For its deep red color, this barbecue sauce is less sweet than it looks, with a nice acidic bite from lemon juice. It works equally well on the sandwich as it does for dipping onion rings, and these rings are a thing of beauty. The batter coating isn’t slight, but it’s light enough to shatter with every bite. The fresh cut fries, however, were just a paper basket full of potential. After just one quick trip into the fryer, they were a dud having neither a crispy outside or a soft and fluffy inside. A scoop of smoky pit beans was good, playing somewhere on the not-so-sweet side of baked beans. 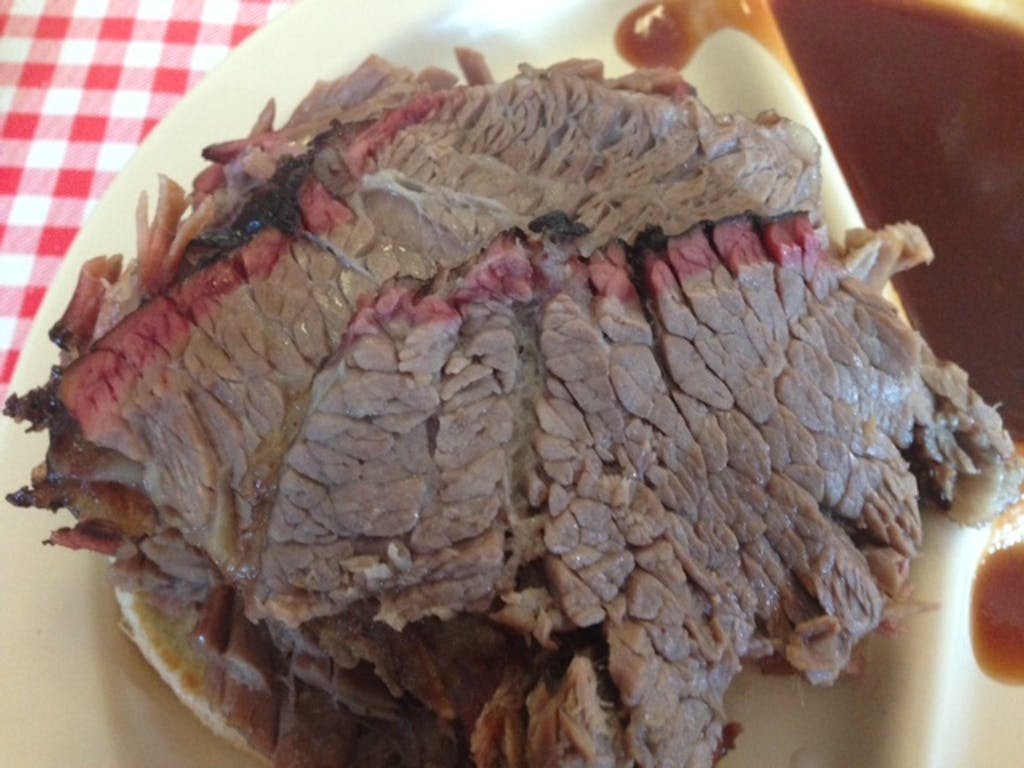 The slices of brisket weren’t as impressive as the chopped version. The smokiness was there along with a texture of well cooked brisket, but the sparsely seasoned beef needed some salt or a dose of barbecue sauce to liven it up. Owner and pitmaster Jimmy Harris (David Bryan Harris’s son) told me that he felt like he was a bit stuck between adhering to barbecue tradition and embracing the future of barbecue. Ditching the ethos of letting the smoke do all the seasoning, and grabbing some salt and pepper, would be a good way to start moving into the present.

Harris also gives a nod to the past by cooking briskets with the deckle still connected. Some call the fatty point the deckle, but that a misnomer. The deckle is a layer of fat and meat on the underside of the flat. It’s a barrier between the bones and the meat, and is generally removed. Harris orders his brisket with it still intact (an IMPS #119) because he thinks it helps hold moisture in the brisket, and his beef certainly wasn’t dry.

After learning it was Eckrich, I didn’t bother with the smoked sausage. Smoked turkey was the fall back. A large deli-style turkey breast was placed on an electric slicer, and pale sheets of sandwich meat were piled onto my plate. It’s not inherently bad, but it’s not close to the great versions of smoked whole turkey breast that abound in Texas. 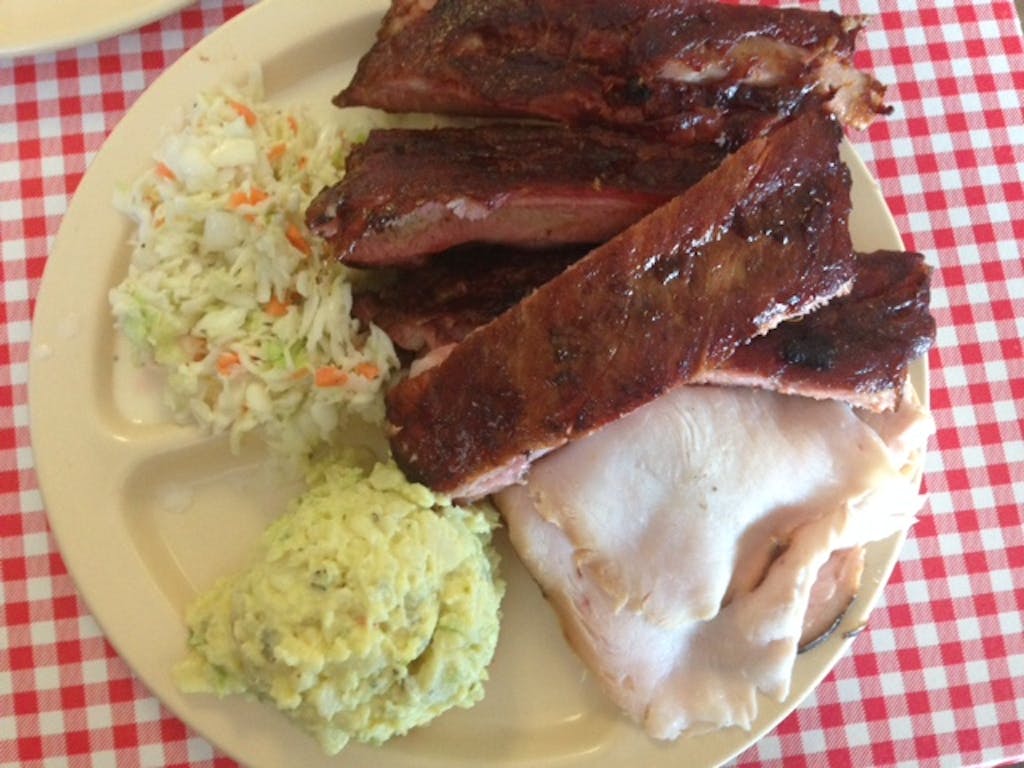 It’s a better bet to explore the pork side of the menu. A textbook burnished crust covers the St. Louis cut ribs. The meat beneath is pink and smoky. There’s a residual sweetness that comes with each bite. The meat is superbly tender, and the variation in texture from the tackiness of the bark makes each bite more compelling than the last. It’s the sort of well-balanced pork rib that will have you considering a full rack. 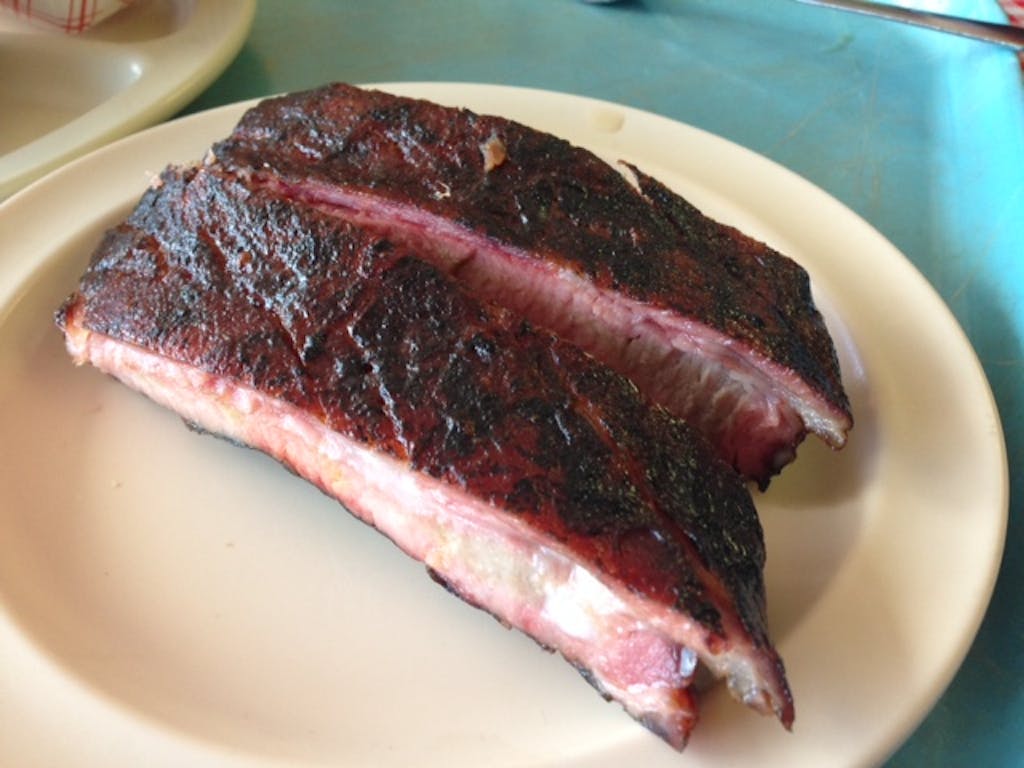 A crisp slaw with a basic vinegar dressing, and a simple but well executed mayo/mustard/pickle potato salad didn’t need to be groundbreaking to be good. Either of these could aptly round out a classic barbecue plate here at David’s. Just make sure that plate is centered around the ribs or that chopped brisket sandwich, and whatever you do, don’t forget the onion rings.