Leftover brisket is a fact of life for most barbecue joints, but how they use it says a lot about their commitment to quality. It’s far better suited for fortifying pinto beans than to be back on the slicing block for day two. I’ve eaten fine chopped brisket sandwiches, tacos, and even enchiladas made from leftovers, but at Hutchins BBQ in McKinney they’ve found the most regal reuse of brisket in Texas. In the afterlife of brisket, the Texas Twinkies at Hutchins are basically Valhalla.

Texas Twinkies are Hutchins’s version of a stuffed, bacon-wrapped jalapeño, but with brisket. “There’s close to a quarter pound of meat in each one,” owner Tim Hutchins tells me. I didn’t weigh it, but I can tell you that two of them could make a meal. Hutchins credits co-owner Dustin Blackwell with the idea, which they brought to the menu two years ago. They’re a hot seller. Hutchins goes through 350 each week from Friday through Sunday, the only days they’re available. 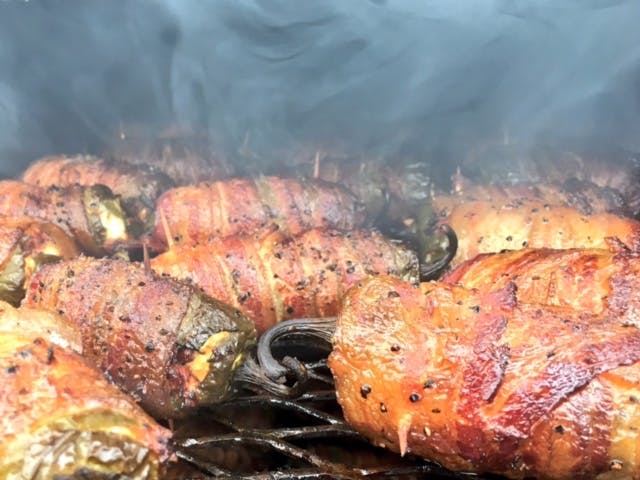 The size of a Hutchins Texas Twinkie is striking. Those used to puny jalapeños served on the half-shell with a dab of cream cheese may balk a the $3 price tag, but they’re worth every penny. Each jalapeño is the size of a pork rib, so it takes some effort to source the peppers, which Hutchins said are handpicked from Mexican markets in the area. There are only so my jalapeños that can make the cut, which is why they have to limit them to three days a week. They’re also quite labor intensive. 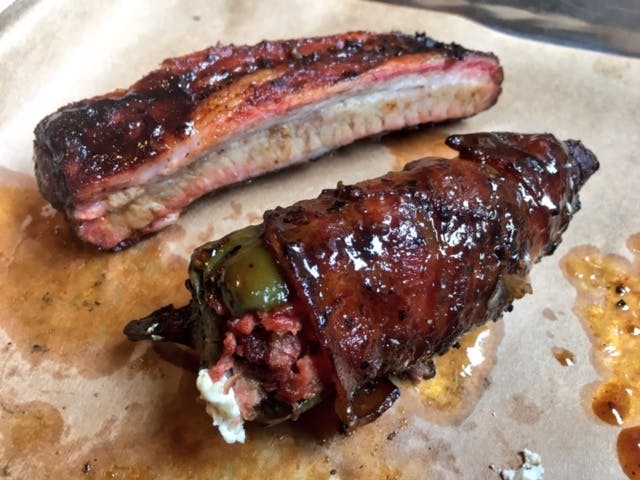 The top of each jalapeño is sliced open so the seeds can be removed. They’re then stuffed with cream cheese and chopped fatty brisket. A full slice of bacon swaddles the pepper before it’s seasoned with salt and pepper and smoked. Once the peppers are tender from their time in the smoker, the Twinkies are brushed with a sweet barbecue sauce glaze and placed on a hot grill. This final step ensures the bacon gets adequately crisp. 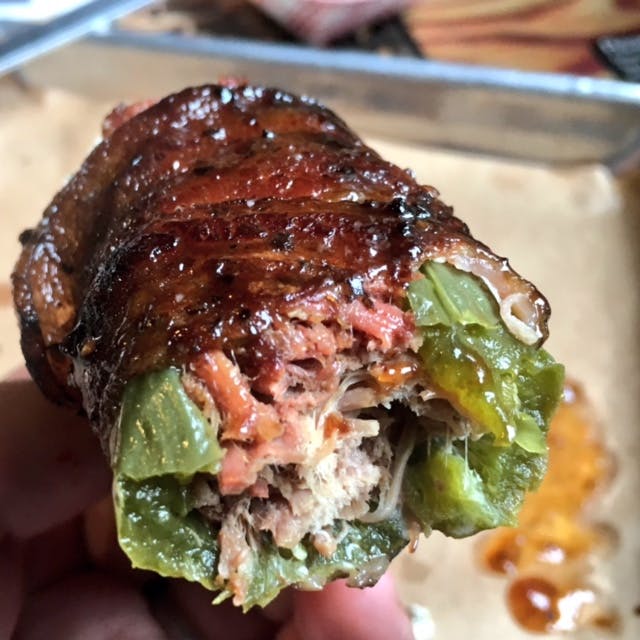 I stopped in last Friday to try one. I ordered two so I could make sure I got a great photo, but fully intended to give the other to the gentleman sitting at the table next to me. After a bite of the first one I knew I wasn’t going to share. Unlike so many stuffed peppers that are overwhelmed by cream cheese, here it acts as a binder for the brisket, which would be sensational on its own. There’s a mild spice from the jalapeño, just enough to remind you it’s not a poblano, even though it’s almost as big. The smoky, sweet, salty bacon is as crisp as if it’d sizzled in cast iron. It was like a pork belly casing on jalapeño-cheese brisket sausage, which, come to think of it, is a pretty good idea. So is getting to Hutchins to try the Texas Twinkie. If today was Friday, I’d be driving to McKinney right now.