Until relatively recently, when I heard (and sometimes gave) barbecue recommendations for places located along the edges of Texas, often the tip came with a qualifier: “It’s good for ___.” Fill in the blank with East Texas, The Panhandle, or the Valley. Even our Top 50 BBQ lists had a built-in geographical handicap. An above-average joint in Austin might not be able to crack the list, but move that joint to the Lower Rio Grande Valley, and they might sneak in. That won’t be the case next time around, in part because I’ve witnessed the spread of great barbecue to most every corner of Texas in the past few years. And that’s what makes visits to legitimately great barbecue joints like Evie Mae’s in Lubbock and the original Bodacious Bar-B-Q in Longview so rewarding. We can now add the Smoking Oak in Mercedes to the list.

After a stint in Dallas, Mario Dominguez Jr. moved back home to the Valley to work for his father’s insurance business. Then he got an itch to cook barbecue. So much so that he built a brick and steel smoker in his backyard. It started as a hobby, but eventually consumed all of his attention, and eventually his house. The pit is now enclosed by the commercial kitchen that was added on to the back of the house, and I dined in his former carport. That explains why the place exists on a residential street. Dominguez tells me Hidalgo Street was where all the bars in Mercedes were once located until urban renewal moved all the businesses to another district. The property’s commercial zoning remained. 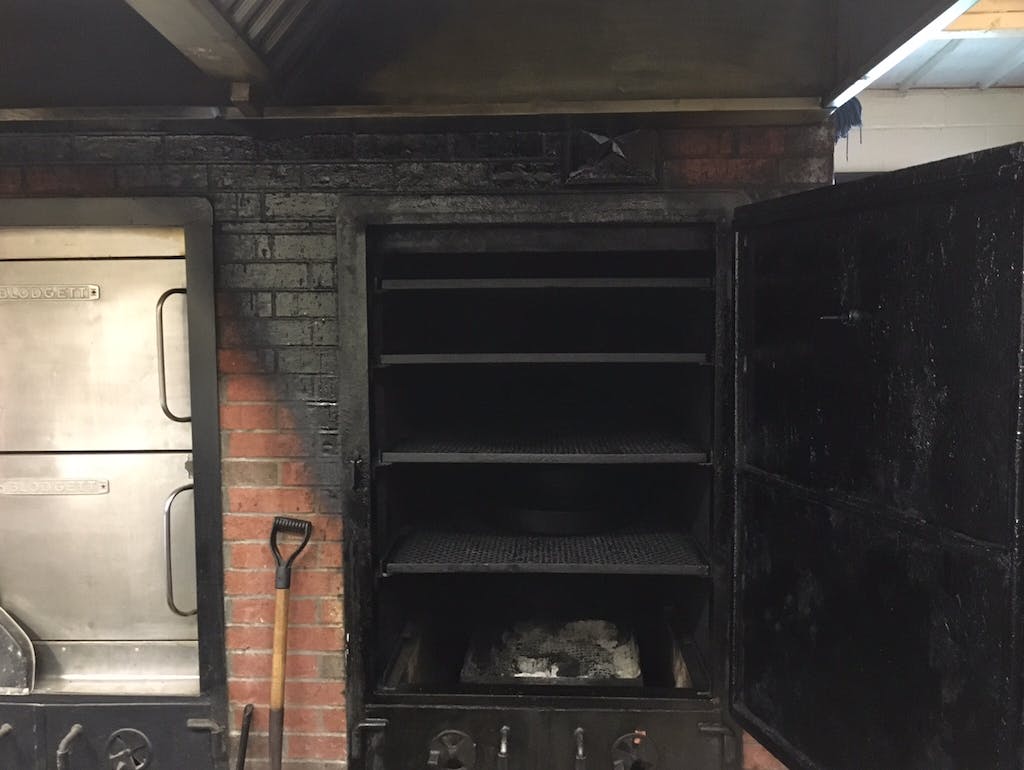 Adding to the hominess is the presence of Dominguez’s parents. His dad tapped on a computer at a table in the dining room while his mother kept things in order. She also bakes the “peach de-lite,” a delightful pound cake. (You better snag one.) 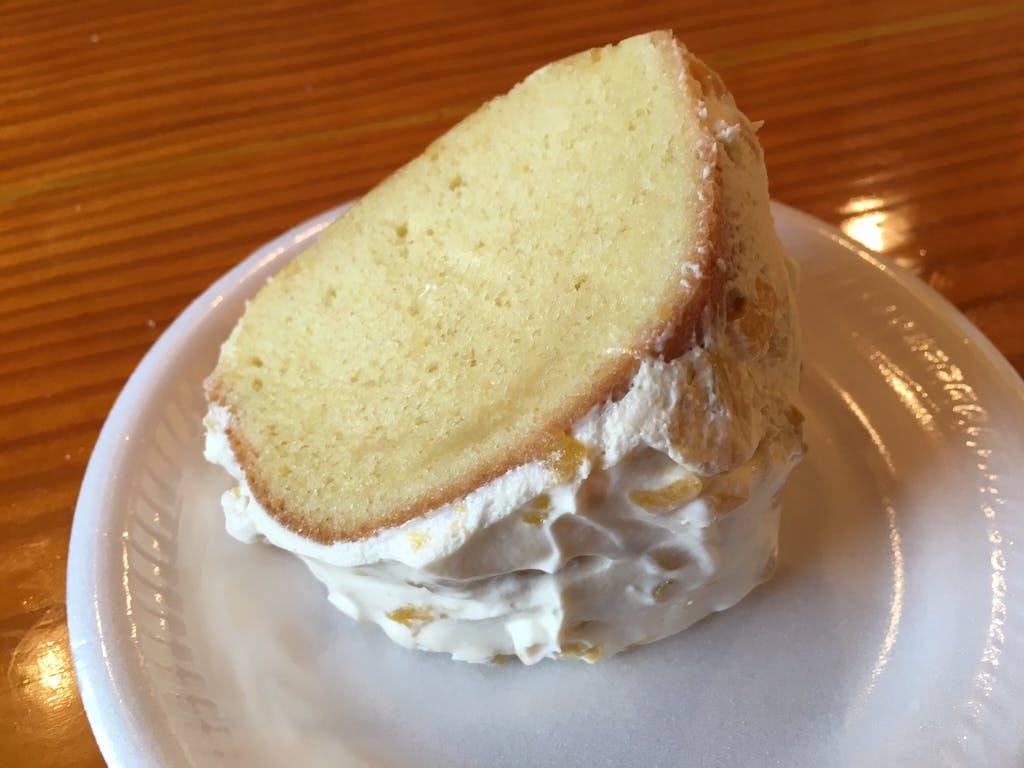 Four meats and four sides make up the entire menu. In an area where most barbecue joints offer tacos along with beans and rice, Dominguez wanted to bring a flavor of Central Texas to the Valley rather than duplicating what was already here. On a large cutting board at the head of the line, tender briskets are freed from fat-drenched butcher paper. He pays more for certified Angus beef, seasons it sparingly, then puts it to the oak smoke (they burn a mix of live oak and post oak). He may be from Mercedes, but his barbecue schooling is straight out of Austin. 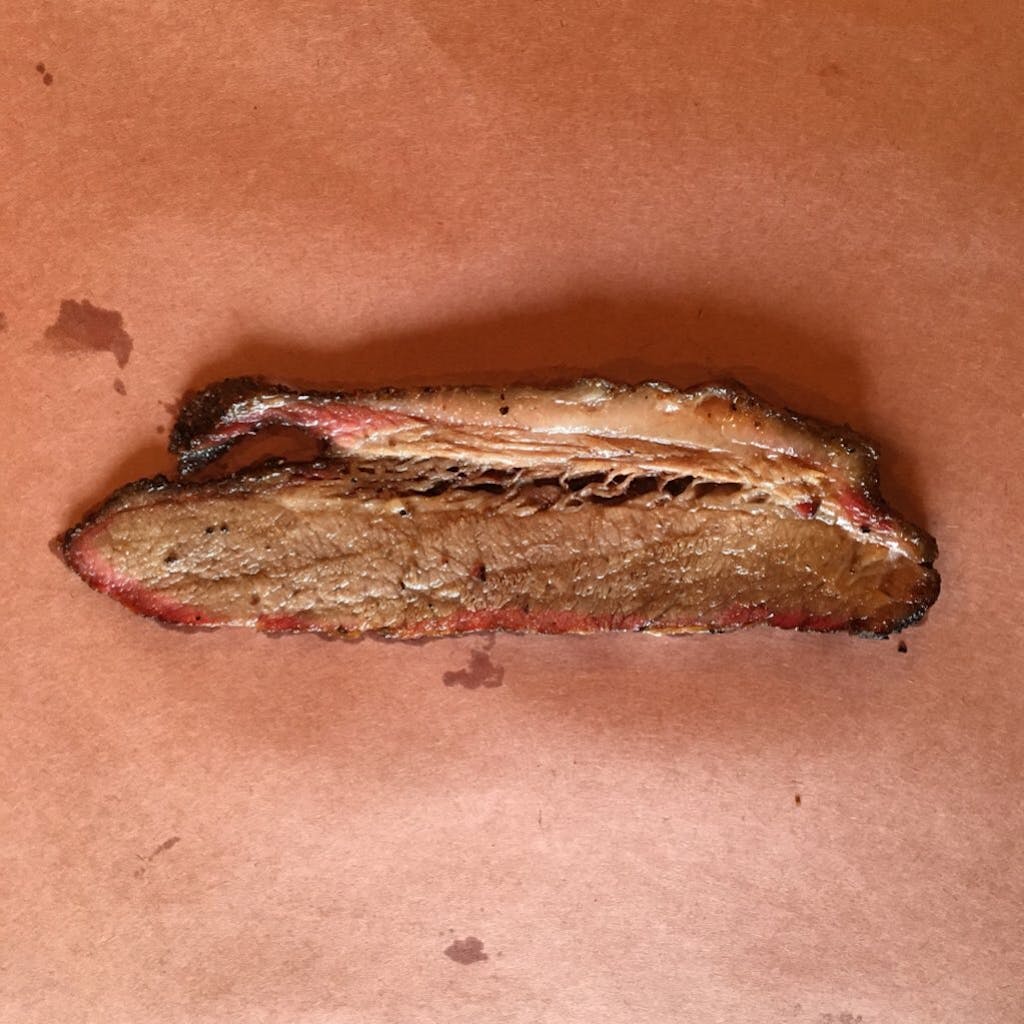 The brisket is a stunner; tender, well-seasoned, and juicy, no matter which end it was cut from. It’s not just good for the Valley. This brisket would hold up in Central Texas too. Praise for the pork, however need not be bound by state lines. It was simply one of the finest examples of pork shoulder that I’ve eaten. Every tender chunk of meat and bark was warmly embraced by luscious pork fat. Smoke and spices mingled amongst morsels of meat that a blind man would swear had been smoked confit. This was barbecue that makes you want to close your eyes so your mouth doesn’t get distracted. 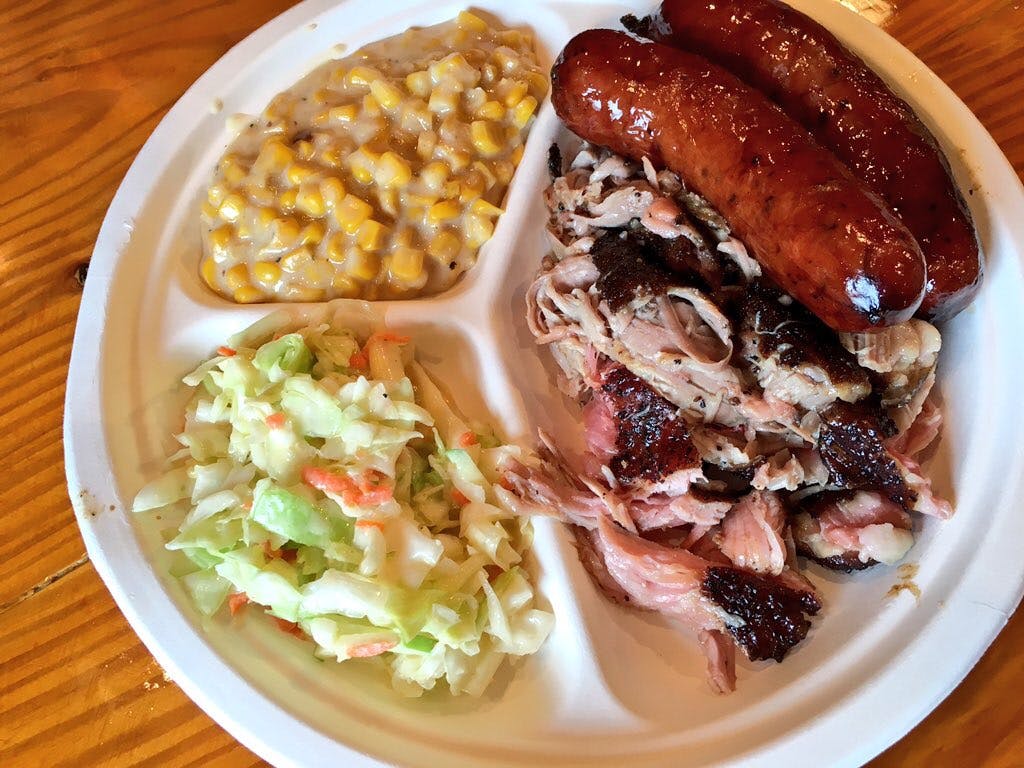 Rounding out the meat options were pork spare ribs and a juicy sausage with a great snap that Dominguez gets from “somewhere up north.” The link’s seasoning was subtle allowing the smoke to shine. Enormous spare ribs were coated in a thick spice rub and a glaze of sauce. The sweet and savory played well off one another, and neither dominated. Another degree of tenderness would have been preferable, but that’s almost to be expected with ribs of this size. 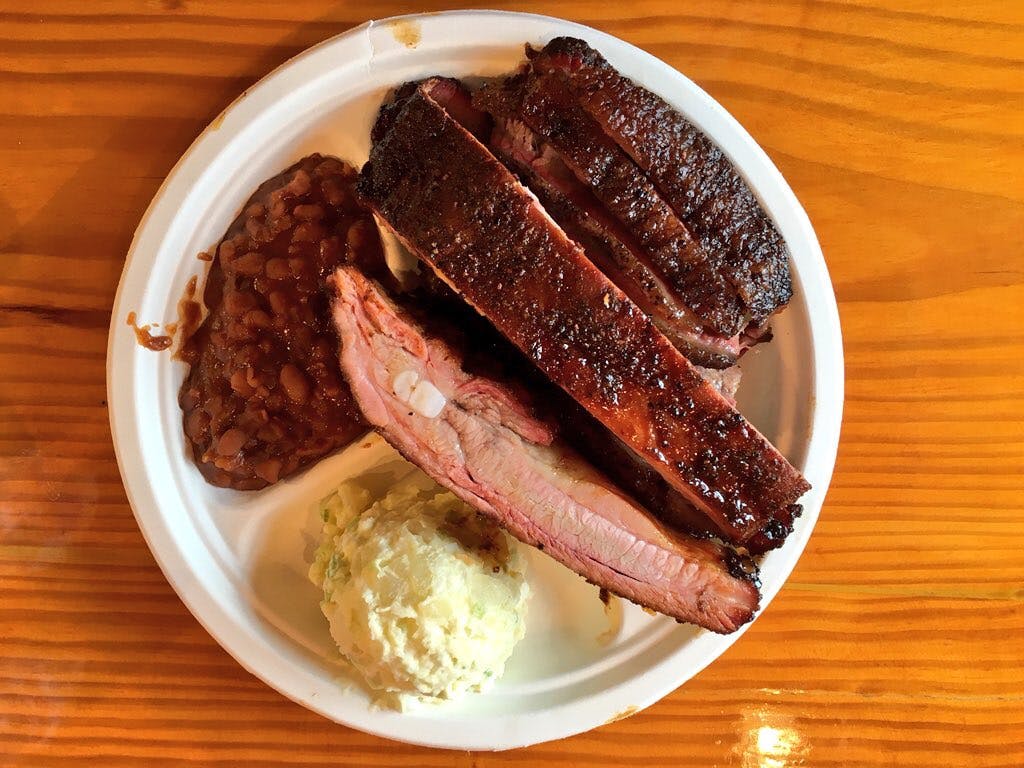 The sides were as conventional as the meats, so much so they left me wanting. I would have loved some local flavor, but that’s coming from someone who eats all over the state. A mayo-based potato salad and meaty baked beans might be a welcome novelty to a local, which might be why my dining companion from McAllen loved them. Both were enjoyable, as was the creamy slaw. Creamed corn was made with canned kernels, a shortcut that seemed out of place compared to the rest of the menu. Then again, I didn’t fly to the Valley for sides.

Last month I praised nearby Rio Grande Grill in Harlingen in our list of the twenty-five best new barbecue joints. If I’d made it to Mercedes in time, the Smoking Oak would have been alongside them. Finding great barbecue is exciting, even more so when that discovery is good for South Texas, and beyond.