Randy Witt bet on a cursed location in the small town of Rosenberg for his first restaurant. He had run a successful catering business with his wife, Shauna for sixteen years before jumping into the restaurant business. “This building has been a barbecue joint for thirty years,” Witt told me, but the name changed often as new owners would rotate in, at least three within the past four years. Now Randy and Shauna are trying to change all that. 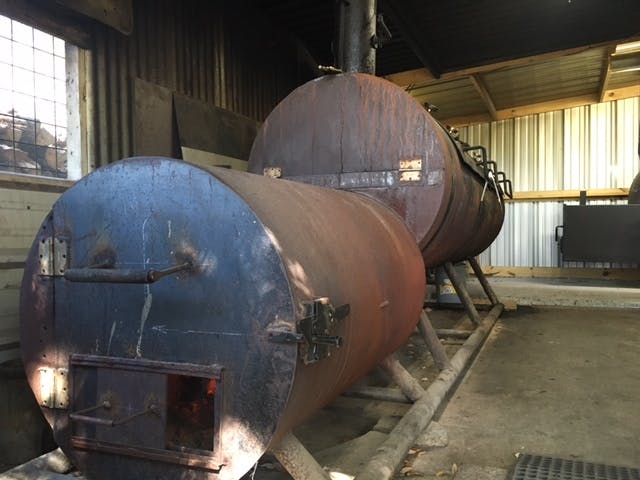 They’re off to a good start. The Witt Pit BBQ opened last year, and in its short life has managed to produce some very good barbecue. Witt’s operation started with an offset, reverse-flow smoker; demand has compelled him to add another smoker. Witt fuels his pits with live oak and fills them with salt-and-pepper rubbed briskets. (Witt showed me their sparse seasoning shelf in the kitchen to prove the point, but he did admit to using a slather of mustard and pickle juice too.) This spartan approach serves his product well. The brisket has great smoke and flavor, as well as a nicely pronounced bark. The lean slices were a tad dry, but the fatty beef was excellent. 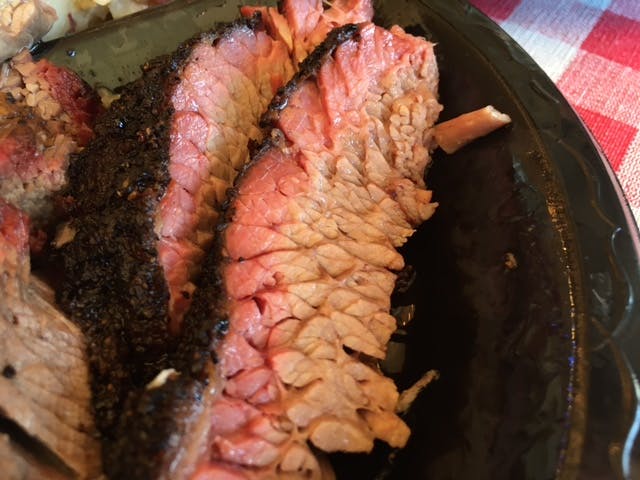 Giant spare ribs are on the menu, too, and Witt does an admirable job of getting the meat tender without drying it out. The same can be said for the superb smoked chicken with its juicy meat and crisp skin studded with cracked black pepper. Slices of smoky turkey breast were nearly on the same level. Witt noticed they weren’t as juicy as he’d like after seeing them on my plate, but I enjoyed them just fine. 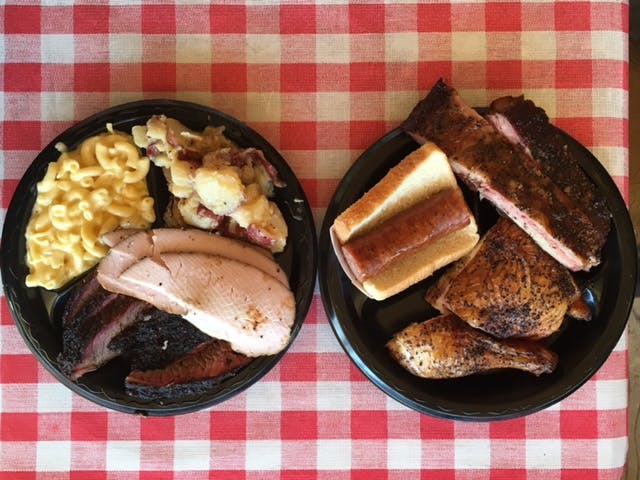 Witt Pit uses the Chappell Hill brand of smoked sausage. I understand that everyone can’t make their own sausage, but if re-warming a commercial variety is your chosen alternative, then at least make sure it’s warm. They’d be much juicer that way too.

When it comes to dessert, however, there’s not much to improve. The peach cobbler has this addictive crunchy topping that’s closer to a cookie crumble than the chewy dough found on many cobblers, and the fluffy banana pudding drizzled with caramel was a good take on a classic. 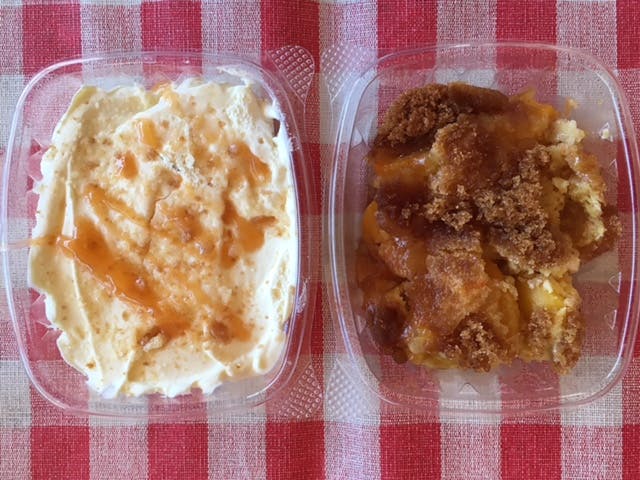 Thus far, Witt Pit BBQ is a small-town success story. The joint is offering stiff competition to another barbecue restaurant just a few blocks north—and that brisket makes Witt Pit even worth a drive from nearby Houston. It’s barbecue good enough to break a curse.