Ann Richards—having just defeated a Republican who joked about rape and admitted to visiting prostitutes in Mexico as a young man—took the oath of office as governor in January 1991 with a promise of a new Texas that would shake up the good-old-boy network. As governor, she joked about going turkey hunting with a group of men. “Naturally, you understand few women are allowed at these events because women might keep good old boys from doing serious manly things, like going to the bathroom outdoors and kicking rocks,” Richards told more than one audience. But Richards knew that having a “manly” job like governor gave her the privilege of joining men at a campfire where they do what men do best: “drinking beer and staring at nothing in particular.”

Not long after Richards took office, the women members of the Texas state House grew fed up with one of their own good old boys. Edmund Kuempel, a fellow member of the House, continually kissed their hands and cheeks, and had on one occasion popped the bra strap of a legislator from Houston. In response, a group of the women lawmakers bought an inflatable sex doll, named it Edwina, and put it in his office with a note attached: “Edmund, Edmund! You’re my man. Kiss my hand like no man can. Edmund, Edmund! You’re so fine. Pop my bra strap any time. Edmund, Edmund! You’re no louse. I’ll be your main squeeze in the House.”

At first, the burly Republican from Seguin was unrepentant. “I try to shake every gentleman’s hand and kiss every lady on the cheek every morning. I’ve done it for ten years, and I don’t plan on stopping now,” he said at the time. “I don’t make it a habit in any way, shape, or form of going around and stepping on people’s toes, or pulling on somebody’s britches, or popping somebody’s bra strap.” But after some time Kuemple apologized. He never again was accused of inappropriate behavior and continued to serve in the House until his death in 2010.

Apparently, a lot of other men at the Texas Capitol have not learned their lesson.

The most disturbing thing about Olivia Messer’s new piece for the Daily Beast on sexual predators in Texas politics is that apparently nothing has changed in the almost quarter century since my former Houston Chronicle colleague Cindy Rugeley wrote, “From snide remarks to popped bra straps, the Texas state Capitol still shows signs of being a boy’s club.” In her new story, Messer reports on a secret list of 38 men in Texas politics who have been anonymously accused of impropriety. “Its accusations run the gamut from pay discrimination to creepy comments and sexual assault,” Messer wrote. The story outlined intimidating behavior and sexually suggestive comments, and raised questions about whether a legislator kissed a reporter without her permission. In 2013, Messer wrote in the Texas Observer that “women in the Capitol rarely talk about, except in the most private discussions, the misogyny they see all the time. It’s just the way the Legislature has always been.”

In her January 1993 piece, Rugeley offered a portrait of what the Capitol was like for female lawmakers. She reported that Lieutenant Governor Bob Bullock told Senator Judith Zaffirini, who still serves in the Senate, that she’d pass more bills if she raised the hem on her skirt and wore higher heels. She spoke with then-House member Karyne Conley about her experience with a male colleague. “I had a very prominent senator say something to me that my husband has never even said to me,” Conley, a Democrat from San Antonio, said. “I had a choice to turn around and slap his face and never have another bill of mine passed out of the Senate or just kind of let him know that I didn’t like that remark.” Conley added that she didn’t consider it sexual harassment, “just bad manners.” Rugeley also noted in her piece that when governor Richards was introduced at a meeting as “the prettiest governor in Texas history,” she responded by saying, “I hope someday you will think I’m the smartest.”

And these were women who were elected officials with some power. Think of the staff.

When I first came to the Legislature in 1983, sexual misconduct was widespread but only whispered about. On one occasion, at the end of a legislative session, I found a group of almost ten lobbyists, all women, in the House gallery looking dejected. They opened up—on the condition that I would not write a story for the paper—and told me that a lobbyist was using sexual acts to get her clients’ bills passed, and now some of the male legislators were expecting the same from them. “I didn’t go to law school to become a prostitute,” I remember one of the lobbyists telling me. “I went to law school to become a professional paid advocate.” I pressed them to go on the record, but none would.

Former state representative Debra Danburg of Houston told me this week that she’d also heard about the lobbyists’ claims. “Some of the lobby groups had so many people that they could literally have one very attractive lobbyist assigned per senator, and that was the person who took them out every night for dinner,” Danburg said. “Where it went from there behind closed doors, who knows, but the rumors were out there.”

In the eighties, the Legislature was filled with lawmakers from small towns. The state was just turning urban, and the legislative district lines would favor the election of rural lawmakers until the early 2000s. The men were big shots in their hometowns, and they came to Austin often without their families. Liquor flowed freely and lobby expense accounts were wide open. (The joke at the time was that there is no such thing as a free lunch—except in Austin when the Legislature is in session.) In one well-publicized 1987 incident, a lobbyists and four lawyers with an interest in legislation flew the House speaker to a Mexican golf resort with six single women, including a former topless dancer.

Journalists were not immune. A married couple I knew were interviewing a state senator together when she walked off. The senator took a hard look at her bottom as she walked away and made a sexually suggestive comment. The husband snapped, “Hey, buddy, that’s my wife you’re talking about.” Women in the media also had to put up with inappropriate comments on their looks and “little lady” comments said straight to their face. Once, when I had written a tough investigative piece about university investments, members of the University of Texas board of regents wanted a meeting. My editor at the time, Wendy Benjaminson, nearly exploded when a regent told her not to strain her “pretty head” with complicated financial questions. (Today she is the managing editor of a national news publication.)

This is not to say every male in the Legislature or state government was a predator or libertine. There were many legislators about whom I never heard a word of impropriety. And things started changing when Richards and Bullock, both recovering alcoholics, banned alcohol from being publicly consumed in the Capitol. The advent of the religious right lawmakers also had a calming influence. Plus, there seemed to be some level of education going on. As former state representative Danburg told Rugeley in 1993, “Some of the older guys still act like my dad. Part of our job here is consciousness raising. That helps us, other women and our constituents.”

Apparently, the consciousness raising has been backsliding. I won’t repeat every accusation or incident raised in Messer’s story. I’ll just say I’ve seen enough over three decades at the Capitol to believe it is true and to be disappointed that much of it is as bad or worse than things that occurred in the 1980s. 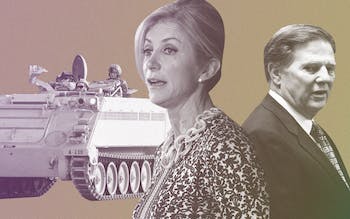 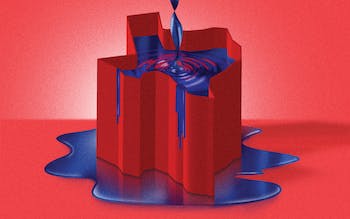 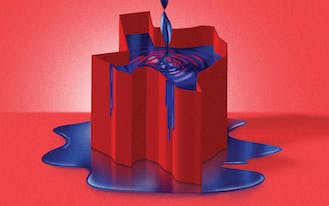 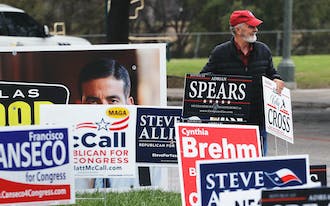 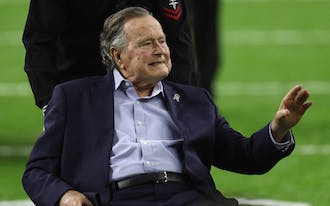 Eight Women Have Accused George H.W. Bush of Groping Them