Dallas billionaire Ross Perot did it in 1992 and 1996. Satirist Kinky Friedman and Comptroller Carole Keeton Strayhorn did it in 2006. They each got on the ballot as independent candidates in the November general election—Perot twice for president, and Friedman and Strayhorn as candidates for governor. None won, but they were on the ballot and votes for them got counted. This year, “Will Rap 4 Weed” and sixty-nine other people have given notice to the Texas Secretary of State that they intend to run as independent candidates for state and federal office this November.

But getting on the ballot as an independent in Texas is no easy task. A want-to-be candidate can’t just buy a spot; they’ve got to collect signatures on a ballot petition. For governor this year, valid signatures are required from a number of people equal to one percent of the total vote in the 2014 gubernatorial election—47,183 signatures from qualified voters. To make it even more difficult, the petition drives can only occur between the end of the major party primaries for the office the independent is seeking and a deadline of 5 p.m. on June 21. And the individual signing the petition cannot have voted in a primary or signed a petition for another candidate running for the same office.

“Texas is the only state that requires independent candidates to file a declaration of candidacy virtually an entire year before the general election,” said Richard Winger, editor of a national election-focused newsletter, Ballot Access News. Federal courts struck down similar laws in South Carolina in 1990 and in West Virginia in 2016, he said, adding that the U.S. Supreme Court in a 1983 decision noted that independent candidates with substantial support usually only emerge after the voting public know the names of the Democratic and Republican nominees. But Texas required independent candidates to file their intent to run for the 2018 election by December 11, 2017. “If the federal judges in Texas were of higher caliber, the Texas December deadline would have been struck down long ago,” Winger told me.

Nevertheless, the law remains intact along with its petition requirement. The rule of thumb to get on a ballot is that an independent candidate needs about three times the required number of signatures just to guarantee he or she has enough valid ones. Perot turned in 160,000 to the Texas Secretary of State for his 1996 presidential bid. In 2006, Friedman turned in 169,574, and Strayhorn submitted 223,000.

“All I can say is, thank God for bars and dance halls,” Friedman told his supporters as they unloaded 11 legal boxes of petitions from the “Guv Bug,” a pink trailer topped with Friedman’s trademark black cowboy hat.

Cute. But campaigns that successfully get on the Texas ballot by petition have often hired ballot-access companies that gather signatures at a price of a dollar to five dollars per John Hancock. I’ve looked over the list of this year’s independents and no billionaires jumped out at me. And the names I checked who have created campaign finance committees have so little money that we might call them campaign in forma pauperis.

As a sampling of the list, I’ve limited my research to the eight who filed for governor. Some had not filed enough paperwork with the state for me to give you much beyond their names: Khurshid Khan of Richardson; Edward Lee Nash of Arlington; Chioma Okoro of Manor; and Daniel Wooten of San Antonio. Here are some of the others:

Yvette “Will Rap 4 Weed” Gbalazeh is known as a street performer in the Deep Ellum neighborhood of Dallas. She also considers herself an activist for the legalization of marijuana. According to the Dallas Observer, Gbalazeh wants to “end the persecution of more than 72,000 Texans who were arrested for simple marijuana possession in 2012 alone.” She also played a role in Dallas adopting a “cite and release” policy on people arrested for small amounts of marijuana. Gbalazeh told one television station: “I can’t do this from the couch. I have to be in the race standing next to the Governor to force the issue.” She has her own Facebook page, but only 111 followers as of this writing.

Danny Harrison is the owner of a landscape, commercial maintenance and construction company in Dallas. He wants to bring legalized casino gambling to Texas. Harrison is the only candidate to report having spent any money: $6,994 on Facebook advertising and social media. “The word is going to get out slowly but surely,” Harrison told a Dallas television station. To meet that June deadline, he’d have to move a little quicker than “slowly but surely.”

Napoleon Picasso Valentino Madrid ran in the 2017 election for mayor of San Antonio. He came in dead last, receiving 225 votes. Madrid describes himself as a “prodigy, servant, visionary and a renaissance man, self- educated in numerous fields of business, engineering and science that are continually expanding his field of studies.” If he can get the people who voted for him last year to sign his petition, he’ll only need 46,958 more.

We’ll wrap this up with a little something from the kitchen. Cedar Hill restaurant owner Tony Teal of Teal’s Ribs & Soul Food Catering, Inc. is not a complete political novice. Teal ran as an independent for the Dallas County Commissioner’s Court last year for the seat held by John Wiley Price. Apparently, however, he did not qualify for the ballot because the election results do not include his name.

Governor Greg Abbott is running for re-election in the Republican primary with two minor opponents, while ten people are vying for the Democratic nomination.

For a complete list of who filed with the intent to run as an independent candidate, I have this from the Secretary of State: 2018 Independents Spreadsheet With Office and Name and Date Filed 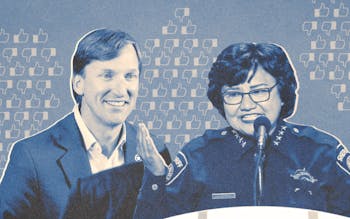 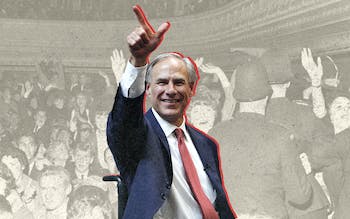 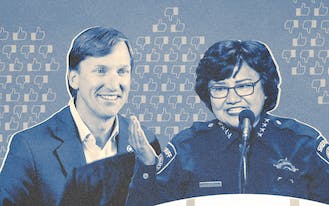 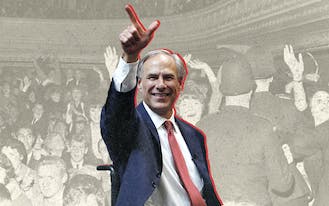 The ideal Democratic nominee for governor is …